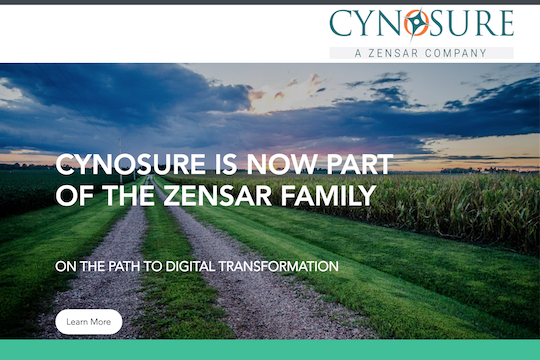 Zensar, a Pune, India-based RPG Group (Mumbai) company that works with property/casualty insurers globally, has announced that it has entered into a definitive agreement to acquire Cynosure, a Chicago-based services company that specializes in Guidewire platform implementation with 2017 revenues of approximately $20 million, according to a Zensar statement. The acquisition expands Zensar’s platform capabilities for the P&C industry, enabling growth in the insurance vertical, which currently accounts for approximately 15 percent of Zensar’s total business. Zensar characterizes the acquisition as a critical component of its “Return on Digital” strategy aimed at creating significant business impact for clients through scalable digital transformation programs. Zensar sees Cynosure’s Guidewire expertise as providing an opportunity to offer property/casualty insurers the ability to replace legacy core systems and embark on digital transformation. “Insurance is one of the focus areas for Zensar,” comments Harsh Goenka, Chairman of RPG Enterprises and Zensar. “The combined capabilities of Cynosure, with its industry leading Guidewire capabilities in the property and casualty insurance sector and Zensar’s digital expertise will augment the Company’s growth.”

Following the acquisition, Cynosure will continue to be managed by the founders, led by Sid Wadhwa, CEO & Co-founder, according to the Zensar statement. Cynosure’s Bangalore operation, comprising comprising of over 150 experts, will become a part of Zensar’ s Insurance vertical.

“As part of Zensar, we have the opportunity to offer more robust integrated solutions combined with its digital transformational and infrastructure capabilities,” comments Cynosure’s Wadhwa. “Our expertise in Guidewire platforms have enabled our customers in the property and casualty insurance space to reap long-lasting benefits which is now fortified by this combined entity.” The Cynosure acquisition fits within Zensar’s declared strategy of transforming itself into a “digital-led” business. The company reports that through a mix of acquisitions and organic growth, it now generates over 38 percent of its business from the digital-related work comprising automation, machine learning, predictive analytics, and blockchain technologies. Zenstar stresses its recent acquisitions of U.S.-based companies Keystone Logic and Professional Access, as well as U.K.-based Foolproof as giving the company greater focus and deeper capabilities in e-commerce and digital.  Zensar also launched ZenLabs, an innovation hub located at the firm’s Pune campus, which it characterizes as an important component of its digital push.

“The digitalization of the insurance sector with reference to its products, sales channels and consumer engagement is increasingly driven by digital technologies,” comments Sandeep Kishore, CEO and Managing Director, Zensar. “Cynosure is a Guidewire partner, and is well respected in the market place, making them experts in this area. They bring successful implementations, providing core system modernization with rich customer relationships that will serve as a significant value addition to our offerings.”

CX in the Age of Digital Insurance: What to Do, and What’s at Stake