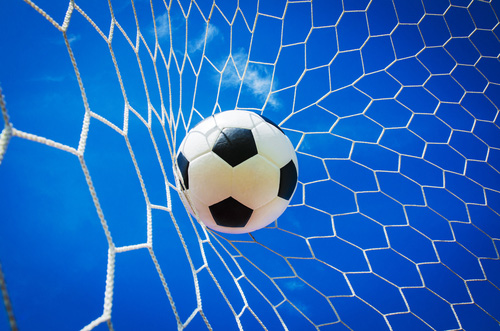 Everest Reinsurance Company has selected Xuber for Reinsurers as the Warren, N.J.-based company’s target core system platform, marking the vendor’s first deal for the new platform for reinsurers. Everest Re will migrate its entire global footprint of legacy systems onto the Xuber platform, consisting of the vendor’s Contract, Claims, Billing and Retro-Ceding components.

An offspring of the technology-enabled business process services delivery platform of its parent, Xchanging Plc, Xuber has invested heavily in technology research and development to create configurable policy, claims, billing and ceding products, according to Pat Speer, an analyst with Aite Group.

“Coupled with its consultant partner program, Xuber has employed a ‘help us help you’ approach, using it to aggressively pursue new business; and with its first reinsurance win, Xuber is seeing the payoff,” Speer comments. “This 30-year-old London-based company was a relatively unknown player in the United States until recently.” “We re-launched in the U.K. about a year ago and in the U.S. in April under the Xuber brand, and this deal validates what we set out to do: offer a core, single data model application,” comments Mike Jones, VP, sales, Xuber. “Through the deal we also validated that there aren’t any other players that are making the kind of investment in the reinsurance space that we have.”

Aite Group’s Speer suggests that the timing was right for Everest Re to make a move to align  its technology to its growth strategy. Already rated “extremely strong” in capital adequacy by Standard & Poor’s, and A+ in financial strength by A.M. Best Co., Everest Re saw total reinsurance premiums up 24% to $1.1 billion in 2012, largely due to expansion efforts in its property reinsurance markets, Speer says.

“The reinsurer’s confirmed goal of expanding its global footprint and improving its risk-adjusted returns may be affected by the Xuber deal, as Everest Re, like other global reinsurers, evaluates the cost efficiency of legacy platforms versus a modern, flexible platform that offers deep functionality,” Speer adds.

Xuber’s Jones reports that vendor’s team has been working closely with Everest Re for over a year, when the reinsurer’s system selection process commenced. “We’ve gone through their technology landscape, workflow and procedures and matched to how Xuber platform would respond to that,” he says.  “The mantra we adopted with this implementation project was ‘full transparency’ – there has been no stone unturned on either side.”

Everest Re chose the Xuber offering because of what the reinsurer’s executive VP and chief administrative officer Barry Smith characterizes as seamless global capabilities and robust functionality. “Xuber for Reinsurers will enable us to migrate from legacy systems with a modern, configurable and flexible platform to support our growing and changing business needs,” Smith comments.

Sandeep Bajaj, the reinsurer’s senior technology officer adds, “At the end of the day, Xuber for Reinsurers will allow us to capture and analyze data more effectively, provide better integration with internal systems, streamline workflows and increase efficiencies across the enterprise.”

Among Everest Re’s objectives were lessening demand on infrastructure the reducing manual processes, according to Xuber’s Jones. “They enjoyed gains in workflow efficiencies from migrating to our platform,” he notes. “Not being burdened to find [legacy code] programmers was a big deciding factor for them as well.”

Xuber reports having invested more than $31 million in developing what it describes as a next generation commercial software system, based on best-in-class components that can stand alone or integrate seamlessly. Built on the Microsoft .NET platform, Xuber core process solutions include Xuber for Insurers, Xuber for Reinsurers, Xuber for Brokers and Xuber for MGAs, according to the vendor. The company offers several deployment options, what it calls a reliable migration methodology, and accredited training.