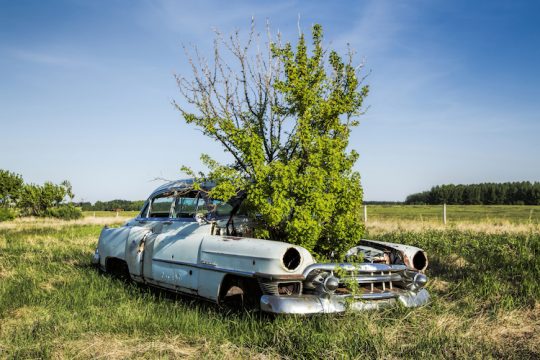 In response to COVID-19 shelter-in-place orders, personal auto insurers in the U.S. have been issuing premium discounts to compensate policyholders for their reduced risk. For example, on April 8, State Farm (Bloomington, Ill.) announced a 25 percent discount for all policyholders through May 31. Though the discount implied a reduction of about $2 billion dollars in premium revenue, as a blanket measure it was not a calculation based on any given driver’s actual reduction in miles driven. Advocates of usage-based (UBI) or pay-as-you-drive (PAYD) auto insurance have noted the discrepancy between the discount and the real value of reduced driving and have argued that the current crisis may boost popularity of telematics based PAYD insurance with premium calculated by actual miles driven. “The COVID-19 crisis is going to change the way that consumers look at auto insurance,” commented Nino Tarantino, Americas CEO for IMS, a Waterloo, Ontario-based provider of connected car and insurance telematics solutions. “In the future, they simply won’t want to pay a flat rate for cars that sit on driveways or in garages for most of the week. It might just be that it’s the most unlikely of circumstances—a global pandemic—that finally drives telematics and UBI into the mass market.”

Insurers have acted quickly to provide relief to policyholders, many of whom are likely to be experiencing financial difficulties as a result of shelter-in-place, and regulators have also expressed their concerns that the insured be properly compensated for their reduced driving, according to Donald Light, a Director in Celent’s (Boston) North America Property/Casualty Insurance Practice. “The question is what is fair, at least in an insurance sense,” Light comments. “Ultimately insurance commissioners will look at changes in rates/premiums and make some decision as to whether reductions are fair and appropriate.”

Discounts Are Only Approximations

However, Light stresses, what may be considered fair by a generic calculation will not necessarily be an accurate adjustment for any individual driver. “Companies that use PAYD have exact data about changes in miles driven as a factor in calculating premium,” he elaborates. “Companies not using PAYD are making approximations.” Metromile, a pioneer of telematics-based PAYD focused on miles driven, told Insurance Innovation Reporter that its customers had already saved 30 percent on their premium on average during March, which was more than State Farm’s discount, and double what several other insurers were offering. The insurer had special motivation to point out the greater accuracy of the premium it charges policyholders, since the realities of its lean business model under COVID-19 forced it to layoff and furlough a significant number of employees.

The core difference in the kinds of discounts between per-mile and any other telematics product is billing for what people actually use, notes Dan Preston, Metromile’s CEO. “We’re not billing for a period of time and trying to predict—what we’re doing is measuring actual exposure, not building a proxy for what the policyholder might do next,” he says. “With Metromile if you stop driving you’re going to stop paying as much, so if there’s some event that causes you to drive less, or choose not to, our product is a really good fit.”

Total discounts offered by U.S. auto insurers amount to about $10 billion, according to J.D. Power (Troy, Mich.). However, the researcher found through a survey concluded April 14 that just 37 percent of customers are even aware of the discounts, and of those who are aware are 50 percent more likely to shop, switch or cancel their policies. “Ultimately, the data finds that instead of provoking customer loyalty, the discounts appear to be pushing customers to seek alternatives,” a J.D. Power source says.

Customers aware of premium discounts from their auto insurers are still seeking further premium relief, according to J.D. Power. Their most common approaches are reducing coverage (30%), shopping for another carrier (27%) and increasing deductibles (26%).  They are also 1.8x more likely to shop, 1.3x more likely to switch and almost 2.0x as likely to cancel, according to the researcher. The number of customers who say they will cancel their policy has grown 4 times in the past 4 weeks (8% vs. 2%, respectively which represents approximately 9 million customers), J.D. Power says. As auto insurance customers begin to shop, UBI is on their minds, according to J.D. Power. “A whopping 40 percent of auto insurance customers say they are more willing to consider usage-based insurance last week—in which premiums are based on driving behavior and miles driven—due to COVID-19,” the J.D. Power source says. “This number is almost three times higher than it was three weeks ago. Further, this week the number of people that have signed up for UBI programs appears to have jumped considerably.”

While telematics vendors may be excited about the way shelter-in-place has alerted consumers to how auto insurance premium works, any real traction for UBI/PAYD must be led by carriers initiative or consumer demand, insists Stephen Applebaum, managing partner of Chicago-based Insurance Solutions Group, a consultancy that specializes in the auto insurance vendor ecosystem. Applebaum expresses skepticism that many drivers will change their auto insurance for a temporary event that may only last a few months.

“I do think there is a segment there’s a segment that does need to save, that doesn’t mind switching and doesn’t have any concern about privacy relative to how many miles they drive a month,” Applebaum qualifies. “If anywhere between 3 and 5 percent of the public switched, I think that would be a successful number.”

While there may be an increase in auto insurance shopping, many policyholders are likely to be preoccupied with other matters during shelter-in-place, Applebaum opines. “However, those consumers might be persuaded to consider changing carriers if an insurer were to proactively contact them and say, ‘Hey, do you realize that you’re paying $100 a month when you should be paying $50? We can address that with 10 keystrokes,” he adds.

Reaching Out to Consumers

Metromile’s Preston says his company has been reaching out to consumers, for example through social media and email. “Given the circumstances of the pandemic, we’re trying to ensure that we do that in a tasteful, caring way, but I do think we have an important role to play in saving money for people at an economically difficult time,” he says. Nationwide (Columbus, Ohio) is another carrier expecting increased interest in UBI, seeing the COVID-19 crisis as a factor accelerating the end of a “one-policy-fits-all” approach to auto insurance. Teresa Scharn, who leads the insurer’s Personal Lines Product Development team notes that J.D. Power’s research finding that 55 percent of respondents expected their miles driven to remain lower for an extended period and that 51 percent are more willing to consider a UBI product.

“As people are looking to budget, drive less longer term potentially, they’re looking at auto insurance in very different light, and these products provide immediate benefits to them,” Scharn comments. Nationwide offers two UBI options: SmartRide is a more standard telematics-based product that uses driving trends determine a policyholder’s total discount based on four factors: miles driven, hard braking, fast acceleration and nighttime driving. Depending on a safety score, policyholders can earn up to a 40 percent discount. SmartMiles is tailored to lower-mileage drivers, with a flexible monthly rate based on miles driven. Customers can also earn a 10 percent discount for safe driving.

Nationwide is doing some consumer outreach in the way of digital advertising, but the lion’s share of its efforts are on providing support to its agents, according to Scharn. Those resources range from Facebook posts to short videos to help either agents or CSRs to effectively sell Nationwide’s UBI/PAYD policies.

“We’re making sure we’re providing agents tools and marketing materials to let their customers know that they have this option, and that Nationwide provides solutions for now and the long term to tailor their policies to their household needs,” Scharn says. A few weeks of shelter-in-place are unlikely to structurally change customer preference for UBI/PAYD, in the view of Matteo Carbone, founder of the IoT Insurance Observatory. More consumers might consider these offerings in the event of a more protracted economic recovery during which policyholders continue to drive less, but even then, gains are still likely to be slight.

“The last customer survey I did showed that only 11 percent of consumers prefer this pricing method,” Carbone says. “It only attracts a niche of customers that are confident that they will save money because they never drive.”

Major developments tend to excite industry observers about the possibility of new patterns of consumer behavior, Carbone suggests. “We saw the same kinds of predictions of lower forecast auto insurance premiums in the case of ADAS [advanced driver assistance systems],” he says. “I have a line of bets with futurologists about the impact of autonomous vehicles by 2015.

“My prediction is that the virus will not make telematics mainstream,” Carbone adds. “I haven’t yet missed a telematics prediction over the past five years, so I’m sorry for those who disagree.”