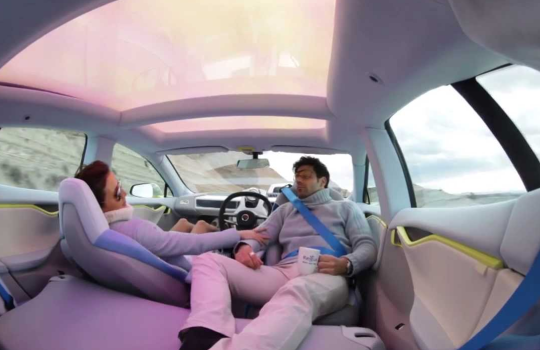 It seems like an age ago, but it was May 2012 when Celent analyst Donald Light made waves in the industry through the publication of his “A Scenario: The End of Auto Insurance: What Happens When There Are (Almost) No Accidents?” Some of his rivals may have rolled their eyes at what appeared a sensational claim, but Light was careful enough to insist that he merely sketched a scenario—and one that was troublingly plausible all the same. In terms of hype, Light’s piece pales in comparison to an actual prediction made by automotive expert Zack Kanter in a piece published at CBS’s San Francisco Bay local website titled, “How Uber’s Autonomous Cars Will Destroy 10 Million Jobs and Reshape the Economy by 2025.”

Light’s Scenario speculated how a set of technologies—telematics, collision avoidance, automated traffic law enforcement and “one emerging technology (robot cars)”—could combine to reduce risks, leading fewer collisions and, inexorably, to lower premiums. Kanter focuses exclusively on the autonomous vehicle technlogy and asserts that most people, including experts, are mistaken to think that the transition to driverless cars will occur over the coming decades and that serious impediments will slow adoption. Instead, he predicts:

Autonomous cars will be commonplace by 2025 and have a near monopoly by 2030, and the sweeping change they bring will eclipse every other innovation our society has experienced. They will cause unprecedented job loss and a fundamental restructuring of our economy, solve large portions of our environmental problems, prevent tens of thousands of deaths per year, save millions of hours with increased productivity, and create entire new industries that we cannot even imagine from our current vantage point.

The legacy auto industry will not be able to adapt quickly enough to survive—and it won’t be alone in its demise, Kanter asserts:

The entire piece is a must-read for anyone connected to the auto insurance in as much as it documents autonomous car manufacturer’s plans and outlines how the emergence of autonomous vehicles is likely to play out economically. Denise Garth, a partner with SMA (Boston), insists that Kanter is onto something. His predictions may seem unrealistic to those not tracking the convergence of multiple factors outside the insurance industry, but SMA’s newly published research, “The Changing Auto Insurance Landscape: Influencers Driving Disruption and Change,” sees a combination of factors that are not merely disruptive but game-changing.

“These influencers are leveraging technology to disrupt existing businesses and industries, putting each phase in the entire life-cycle of a vehicle up for grabs,” Garth says. “In insurance, these influencers are now causing a disruption that will necessitate a redefinition of risk, the reassessment of vehicle needs and uses, the creation of new products and services, and a reevaluation of customer expectations and engagement.”

SMA estimates that as much as 60 percent of premium revenue could be in play, without even factoring in business potentially lost to non-traditional competitors. “Even if the impact on revenue is only half of this, the operational and profitability models based on historical auto insurance assumptions will be significantly disrupted,” Garth cautions. “Insurers must begin to actively plan today rather than wait for the automotive… or any other industry to determine where this revenue play will go.”

While Kanter may not be too far off the mark about how the transformation of transportation will occur, there is room for skepticism about the particulars, suggests Jamie Bisker, a Columbus-Ohio-based senior analyst with Aite Group. “As for the reduction in professional drivers, supply chain vehicles are likely to have a union-mandated ‘co-pilot’ to handle unique situations and close-in maneuvering,” he says. “Self-driving machines will first be used as augmentation to move heavy equipment to sites but will still require humans to do the work on site for a good while.” With regard to the general public, Bisker counts himself among those who like to drive and are likely to use autonomous vehicle capabilities only part of the time. “There will clearly be a reduction in the number of cars needed, but since not everyone lives in densely populated urban centers, not all needs will be met by auto-taxis, buses and the like,” he opines. “The end game of this disruptive technology will indeed be dramatic, but getting there will take some doing.”

What should be factored into future visions is an acknowledgement that the disruption vectors will inevitably run into bumps themselves, Bisker insists. That said, manufacturers are making solid progress with autonomous vehicle technologies, even without vehicle-to-vehicle and vehicle-to-infrastructure capabilities that will accelerate optimal performance of self-driving cars, he adds.

Innovative automotive features will follow a trajectory like that of other innovations, which begin up-market and gradually become standard. Safety features in particular may go from being nice-to-have to being mandatory, as in the case of electronic stability control, according to Bisker. “A similar trajectory awaits each self-driving feature as it rolls out,” he predicts. “Such features will include self-parking, Smart Cruise for navigating the big roads, and ‘neighborhood know,’ which will learn the realities of local driving—such as don’t go past the middle school around 2:30 PM on a weekday.”

The question, then is at what pace will adoption of these capabilities occur? Celent’s Light takes a more conservative position on the question than does Kanter: “I don’t see a ‘near monopoly’ by 2030,” he stresses. “Optimistically, autonomous vehicles may have a big enough share—20 to 40 percent?—to trigger some of the kinds of changes [Kanter] describes.”

Kanter’s piece presents what Light characterizes as “really, really best-case assumptions about the availability and rate of adoption of autonomous vehicles, and the concomitant wholesale abandonment of private vehicles.”

“That said,” Light adds, “the piece raises some interesting possibilities of earlier, wider adoption in densely populated urban areas, and by people with intermittent needs to from Point A to Point B—all engagingly encapsulated by the phrase, “the transportation cloud.”