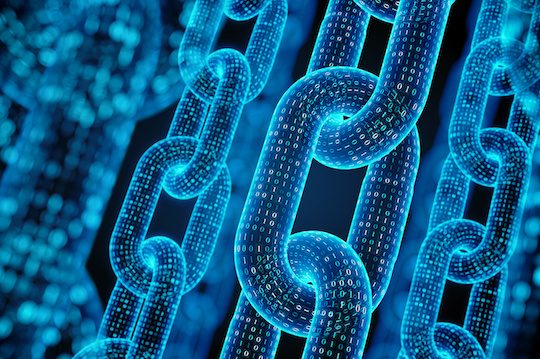 There’s significant activity in blockchain or distributed ledger technology (DLT) within the insurance space, both by incumbents and startups. The majority of incumbents are banding together into consortia. The same thing is happening in other industries.

Many incumbent insurers that were independently tinkering with proofs of concept (POC) are now focusing on consortia activity. The purpose of blockchain is to create a decentralized network where data can be shared between parties, so it’s impractical to have too many blockchain projects in the same industry and geography. And the network aspect means standalone projects don’t make sense.

Consider a scenario where each insurance carrier decided to implement its own blockchain application to transact with customers and brokers. If some of the brokers are independent, then they’d have to integrate with multiple carrier blockchains. Reinsurers who want access to the blockchain would have the same problem.

If instead, they shared blockchains then there’s much less work to gain the same degree of integration, plus the benefits of the network effect. Hence there are multiple insurance consortia.

The first consortium was the international B3i, formed in October 2016 by three insurers and two reinsurers. It expanded to fifteen founding members plus another 23 members, who joined the testing phase in 2017. B3i is currently incorporating into a Zurich-based for-profit company. The original founding members will become the initial shareholders and transfer their intellectual property into the venture. This may have happened by the time you read this.

B3i’s first POC was for a reinsurance contract for excess of loss (XOL). This was seen as low-hanging fruit because it’s relatively simple, plus they estimate that savings could be up to 30% of administration costs. The POC was a success, and they’re now running the system in parallel to live systems and expect to launch in Q4 of 2018 in time for 2019 renewal cycles. This is the first of many projects. The technology used is Hyperledger Fabric, and IBM is the technology partner.

While B3i views itself as international, this hasn’t stopped two other regional consortiums forming, in France and the U.S.

In 2016 France passed a law to make it easy for consumers to quickly switch insurance providers for their home and auto insurance coverage. The French Federation FFA and fourteen insurers collaborated to create a blockchain application to make this happen.

The project started its testing phase in November 2017, with Deloitte as a partner and using Stratumn blockchain technology.

In early 2017 The Institutes ran a POC and a proof of collaboration to make sure that a blockchain would work not just technically but at an organization level. Christopher McDaniels was working for Deloitte in mid-2017 when he headed a strategy engagement which ended with the formation of the RiskBlock Alliance with McDaniels moving to The Institutes as Executive Director of the consortium. Deloitte has built the core infrastructure.

For tech startups, speed of execution is critical. McDaniels is trying to bring that ethos to insurance. The intention is to run as many as five projects in parallel and to achieve this scale RiskBlock added IBM, Cap Gemini, Accenture and EY to the roster of tech partners.

Last year they went live with a proof of insurance app for Nationwide, and they’re currently working on projects for first notice of loss from a claims perspective, subrogation, and parametric insurance (weather oriented).

The unusual aspect of RiskBlock’s tech infrastructure is that it supports different blockchain flavors, Ethereum, Hyperledger Fabric, and R3, to enable insurers to incorporate projects they’ve already been working on.

The RiskBlock mantra is “We don’t do Science experiments” so every prototype has to have a path to becoming a production service within six months.

The majority of blockchain activity is in P&C, but RiskBlock is also partnering with LIMRA.

It’s conceivable that RiskBlock and B3i could cooperate in some way in the future, given that some insurers are members of both. However, there are fundamental differences between the two, probably the most important one being that RiskBlock is non-profit and B3i is about to become for-profit.

This is a two-part article with the second focusing on startups.