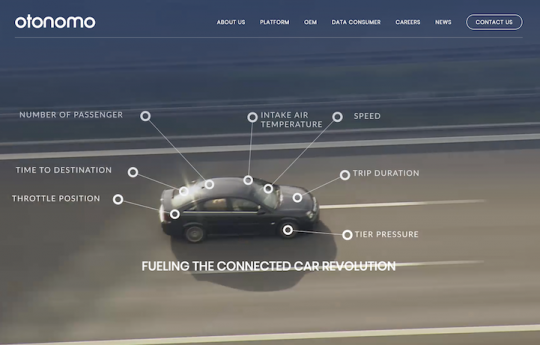 Anyone who even casually follows insurance industry business developments is no doubt aware of the recent spike in announcements by TSPs (Telematics Service Providers), auto makers, information providers, insurance carriers and the related articles from industry thought leaders about a myriad of new products, programs and partnerships all focused in one way or another on the connected car (and driver). This is being driven by a wide range of opportunities that can to lead to significant monetization of the related data.

Until very recently, telematics supported the interesting and innovative little corner of the auto insurance industry known as Usage Based Insurance (UBI). UBI was seen by the industry as little more than a marketing channel and a few carriers—most notably Progressive which used it effectively in its Snapshot program to lure several million new customers (mostly low mileage, safe drivers seeking to be rewarded by discounts for doing little more than connecting a device to their vehicle for 6 months). However, hardware and administrative costs, plus the phenomenon of adverse selection, made these programs marginally profitable, if at all.

But now, as OEMs and others have begun to realize the sizable commercial value from vehicle and driver data—now accessible through increasingly more powerful smartphones and the increasing amount of onboard connectivity appearing in newer cars—numerous new participants and new programs are emerging regularly. Examples are the Telematics Data Exchanges introduced by Verisk (Jersey City, N.J.), LexisNexis Risk Solutions (New York) and otonomo (Menlo Park, Calif., who have attracted large OEs and insurance companies as partners.

Announcements this week alone include;

And this is really only the tip of the iceberg. Many more strategies and emerging partnerships and alliances are under development and we can expect numerous announcements over the coming weeks and months. 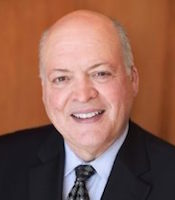 For car makers, telematics represents a major enabler in the long sought after upgrade of the customer engagement and lifetime relationship…and the related associated revenues. These include offering location-based services in partnership with third party retailers, finally exerting real control over accident management and related triaged services from towing to temporary rental to increased use of OEM parts in repairs and increased direction of accident repairs to OEM certified collision repair facilities.  Indeed, it could well include the packaging and sale of auto insurance with the price of the automobile which is already appearing in limited pilot programs. Proving the importance of the trend is Ford’s recent leadership change with Jim Hackett taking over CEO duties from Mark Fields who was notably failing to carry Ford quickly enough into the future of vehicle technologies.

Of particular interest, and now driving renewed carrier interest in telematics, are the various applications focused on claims and automated FNOL (First Notice of Loss)—the holy grail of meaningful loss cost reduction. When accidents are reported in real-time, carriers can triage critical services such as towing, temporary rental cars, schedule collision repairs and reduce attorney penetration in the event of third-party injuries. In addition, automated claims reporting with all of the related accident documentation (including onboard video) will significantly reduce some aspects of fraud and help to determine fault, liability and comparative negligence where applicable. And, maybe most importantly, over time and as individual driving histories and behaviors become more generally available from third party databases (much like credit scores), insurance underwriting and pricing will become more accurate and precise, leading to greater profitability

Ultimately, we expect to see consolidation on the information provider/TSP side as supply exceeds demand and uptake and we expect to see partnerships of convenience between OEMs and carriers as each realizes their true core competencies (making cars and managing information and claims) and settles for their respective pieces of the large revenue prize.

What About Self-Driving Cars?

And while it may seem counter-intuitive that so much energy and capital is being invested in drivers and vehicles even as the proliferation of self-driving vehicles are a virtually inevitable reality, meaningful penetration of fully autonomous cars is still decades away.  Moreover, many of the same technologies being leveraged in today’s connected car and driver programs utilize the same basic components and designs upon which self-driving cars will depend. And today’s programs will serve to make consumers more comfortable with the concept of always being connected and sharing driving behavior and other personal information in exchange for some perceived value.

But none of this will evolve much further without overcoming serious challenges from consumers and regulators, foremost among them the long overdue debate and resolution of data ownership, privacy and security concerns. In the end, only permission-based solutions requiring positive consumer confirmation will assuage those concerns (and even then not for 100 percent of the population), and that permission will require all participants to share potential rewards with consumers.  One might look to the E.U.’s impending General Data Protection Regulation (GDPR) and its severe penalties coming into force May 2018 for guidance in this regard.