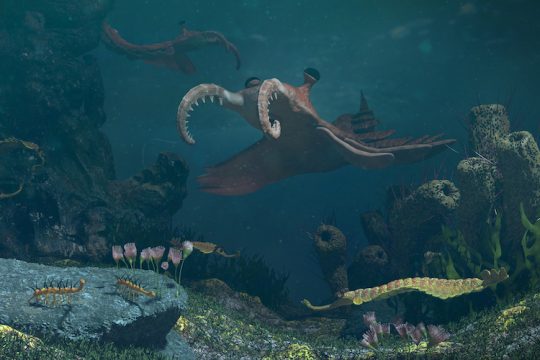 The InsurTech phenomenon has been going on for nearly a decade, leading to discussions about how long the movement might last. However, InsurTech was always a way of accessing the creative resources necessary to accelerate insurers’ needed transformation into modern, customer-centric companies. Put another way, this particular wave of insurance innovation was a response to inexorable external forces that intensified the need for insurers to reorient their business processes from contract/policy to the customer. While it may be natural to think in terms of technology trends or fads that come and go, the causes of InsurTech—the consumerization of technology and the digital revolution more broadly—continue to evolve and can be counted on doing so for the foreseeable future. That being the case, it makes less sense to dwell on the InsurTech movement itself, and more on the larger innovation trend of which it is a part. To discuss that topic, Insurance Innovation Reporter reached out to Caribou Honig, Chairman and Co-Founder, InsureTech Connect (ITC).

Caribou Honig, Chairman and Co-Founder, InsureTech Connect: Insurance is a sector, similar to banking and media, where it’s all about “moving bits not atoms.” It’s an information business at its core.  In a sense, this all began in 1947 with the invention of the transistor followed by “Moore’s Law” driving down the cost of computing, storage, and bandwidth exponentially. Specific innovations like cloud computing, smartphones, and machine learning are built on that foundation. IIR: We’ve seen so many remarkable developments since the mid-1990s that it’s tempting to think we’ve come a long way. On the other hand, some observers have compared the emergence of AI as nothing less than a new industrial revolution. How do you think we should think of the potential of innovation today?

CH: I’m not a biologist but I’m fond of drawing a comparison to the “Cambrian Explosion.” The fossil record shows a sudden diversity of animal forms, shapes and structures, all about 550 million years ago.  Many proved to be evolutionary dead-ends, but the handful which succeeded become the precursor for much of what roams the earth today.

Insurance is in the midst of its own Cambrian Explosion. A dramatic variety of forms, shapes and structures are being pursued by startups and incumbents alike. These span every part of the value chain, including distribution, product, underwriting, and claims. A few even attempt to rethink the business model itself.  As with the biological Explosion, many of these will be dead-ends. Yet others may prove to be the birds and mammals of the future.

IIR: What are the factors or conditions driving this acceleration of innovation?

CH: I’ve noticed a few hallmarks of technology-driven change. It takes friction out of the system: think how much easier it is to manipulate a pdf instead of a piece of paper. It usually increases transparency: think how much easier it is to observe operational processes when they’re digitized. Put together, technology often drives deflation: companies can drive cost out of the system, but sometimes customers can also drive down the price they pay.

IIR: Why should we think of this as an “explosion” rather than something more gradually evolutionary?  CH: I’d argue that the explosion of innovations comes out of the exponentially improving technology—the cost curves like Moore’s law that drive down the cost of computing, the cost of storage, the cost of bandwidth.  They reach a certain inflection point to open up entirely new capabilities.

IIR: Why should we be confident that Moore’s Law would prevail or provide a model for areas other than computer memory or data storage? What are examples of other areas where the principle acts?

CH: Gene sequencing is one of my favorites. 15 year ago, it cost tens of millions of dollars to sequence a single human genome. Today that cost has fallen to just hundreds of dollars, and the exponential rate of improvement implies it could fall to a dollar next decade. At that point it has fundamental business implications for both health and life insurers.

Satellite imagery is another example.  The cost of satellite images continues to fall at a Moore’s Law-style pace. That’s especially powerful when coupled with the dramatic improvements in machine intelligence—software can now “understand” aspects of a satellite image relevant for underwriting.

Also, consider the humble drone!  Drones are only possible because of the exponential improvements in transistors, battery technology, and cellular technology.  They’re now deployed in the insurance industry and I have to believe they’re a win-win for both the insurer and the consumer when deployed to survey a property claim.

I’m also a big proponent of the “API-ification of insurance.” For your readers who don’t geek-out on this stuff quite as much as I do, API’s are kind of the software glue that connects different systems, data sources, or other digital capabilities. As APIs get built for various parts of a business, it becomes a lot easier—lower friction!—to assemble the product you want to offer and distribute it through all variety of channels. One consequence I’m seeing is the integration, or embedding, of insurance into other products or channel partners.

CH: This will be a case of Software Eating the World. There are many parts of the value chain in information- based businesses, insurance included, that can be made more efficient by offloading some of the work to technology. The traditional broker is a great example. I know companies building software aimed at making brokers more efficient. Not trying to make them obsolete, but able to work with twice as many clients than they can today. The implications could be huge: if brokers are twice as efficient a decade from now, they should be twice as profitable—but I think we’ll only need half as many of them!

IIR: Bearing the potential efficiency gains and the compounding nature of information automation, does it make sense to think of AI as a second Industrial Revolution? What impact is AI likely to have, overall, and thus on the insurance industry?

CH: Time scale really matters when talking about AI.  Ask me to predict what machines will be able to do 30 years from now, and I’ll just admit my crystal ball is all foggy.

What’s very clear is that in the near term, the machines have become remarkably proficient at some narrow but valuable tasks. Many of these we take for granted because they’re natural, subconscious when done by a person: looking at pictures to assess damage to a car, or investigating a social media posting about the workers’ comp recipient out skiing in the mountains. When we hand off these basic tasks to AI, it’s a special case of software eating the world.

AI is also capable of excelling at some work that’s all but impossible for people.  Machines can tap vast amounts of detailed data and draw insights from it. I was around when “Big Data” was the hottest buzzword, and I think AI is what was missing to really unlock the value within Big Data.

IIR: In closing, what does all this mean for the direction of insurance technology. The emergence of digital and InsurTech has driven the proliferation of new C-level titles, filling in the blank of Chief ____ Officer with senior roles in data science, marketing, innovation, etc. What is the future of CIO and the insurance technology organization in this emerging world?

CH: Information  is at the very core of the insurance business.  And I don’t just mean with regards to underwriting.  Information is fundamental to marketing, distribution, claims, operations, and so on. As technology creates more information, and creates more ways to utilize that information, I could argue the importance of the CIO role only increases.

This creates its own challenges.  Some are organizational: if this is so mission critical to each functional area, should each functional group have their own CIO?  It also begs the question of distinguishing between “IT Professionals” and “Software Engineers,” a distinction that I fear is frequently ignored. Lastly, it raises the stakes in the fight to attract and retain talent, and that’s often the driver of a company’s long term success or failure.

‘Gradually, Then Suddenly’—Insurers Must Prepare for Exponential Doubling of Computing Capacity