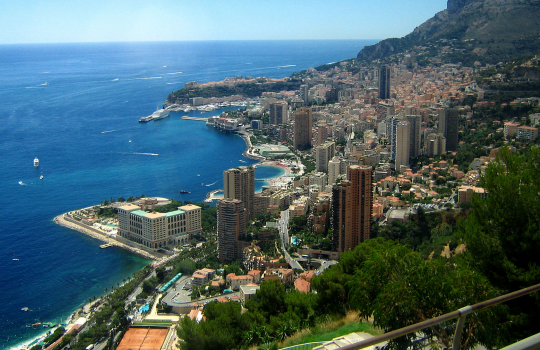 Fresh off the 60th annual Monte Carlo Rendez-Vous—the meeting of global reinsurance and insurance firms and clients in Monaco on the Mediterranean coast—many important topics are percolating as to the current state of the market, where it’s headed and how we get there. Having been in the thick of things for the duration of the event, I see four core themes worth reviewing; some were new to the conversation this year, others evolved from years past. Let’s take a look at what was buzzed about:

Technology as a means of beating soft rates

The current soft market environment is a “new norm” for the industry. And, while many reinsurers would deem this bad news, there are companies which believe the industry can rise to and embrace this challenge. To do so, reinsurers must invest in technology and analytics to better manage costs, enhance efficiency and better select risks using the data that is increasingly available.

Participants at Monte Carlo discussed that the industry has a tendency to be passive about change; this is likely not the first you’ve heard that. But if you accept that lower rates will persist, action is required. Reinsurers need to make an investment now before a major change does hit the market. They should also change their mind-set around just how much technology can do for them.

The continually present cyber risk and what to do about it

The ever present risk of cyber threats was the topic du jour in Monte Carlo, as it’s been for at least a couple years past. Earlier in the month, Aon Benfield released its Reinsurance Market Outlook report, which highlighted cyber as one of four core emerging growth areas for the reinsurance industry:

Demand for cyber insurance coverage and product continues. With approximately USD1.7 billion in premium, nearly 90 percent of the market is based in the United States, with annual growth running at 30 to 50 percent. International growth will be driven by upcoming European Union regulations covering data protection that will become effective in 2018.

Cyber risk won’t subside in the near future, but how we protect against it can be the difference between defeating or falling victim it. Action must be taken. Case in point, the New York State Department of Financial Services recently proposed cybersecurity regulation for financial services companies. The aim is to protect the state’s financial service industry from the ever-growing risk of cyber attacks. We’ll likely start to see more government and state-backed cyber regulation emerge in this vein.

Continued pressure for insurers to digitize

The adoption of next-gen technology is becoming increasingly critical—and time sensitive—as industry leaders have already engrained analytics, exposure modeling, portfolio management tools and the like into their operations. New and innovative products covering cyber risk, drones, driverless cars and usage based insurance are widely available. Discussion at Rendez-Vous also declared that now is the time to transform and integrate aging policy administration systems by moving to more agile platforms.

Plainly put: The ever-growing march of digital disruption and the inability of older legacy technology systems to respond to the inevitable e-trading competition need to be addressed now or firms risk falling behind.

Forecasts continue to predict that the reinsurance market won’t see stabilized prices for some time. Further, they project that reinsurers’ profits will continue to shrink in 2017.

As reported in Fitch Ratings’ 2017 Global Reinsurance Guide, issued just before Monte Carlo: “Fitch expects the majority of reinsurers to report lower profitability in 2017 compared to forecast 2016 results, driven by falling reinsurance prices and declining investment returns, especially on reinvested assets. This will make it more difficult for some companies to maintain underwriting and profitability credit metrics close to current levels.”

As a result of the weak environment, continued M&A is expected for 2017. Needless to say, folks should hold onto their seats—the near term for reinsurance looks to be rocky.