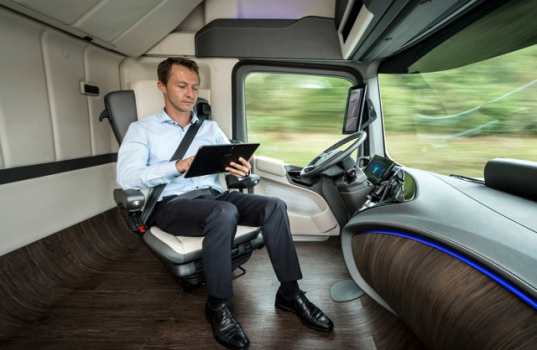 There are reasons to wonder whether the effects of autonomous driving technology on the insurance business are overhyped. However, the activities of major manufacturers demonstrate that some degree of impact is likely to happen soon, no matter how far off mass use of autonomous may be. Mercedes-Benz (the flagship brand of Daimler AG) is a case in point.

First a word on skepticism: autonomous vehicles technology is only one of several major developments – telematics, big data, the Internet of things – whose impact on the insurance industry is easily exaggerated. All these technologies will come up against regulatory, legal and practical impediments that will slow their adoption. For example, telematics programs can be supported cheaply by smart phone apps rather than expensive installed equipment, but how do you ensure that the phone is being used consistently? Last week, Consumer Watchdog cautioned against assumptions that a world of autonomous vehicles was imminent.  The non-profit organization’s statement attacked what it characterized as insurance industry arguments that California Proposition 103’s consumer protections would not be necessary as vehicles become automated:

California is a long, long way from the so-called “autonomous vehicle” .… As exciting as the prospect of improved automated safety technologies may be, experience suggests that their development and application will take many years and that there may be finite limits to the degree of automation that will be acceptable. So long as consumers are personally responsible for maintaining and operating their vehicles in order to prevent accidents, the Proposition 103 reforms enacted by California voters will be necessary to protect consumers.

Consumer Watchdog may have a fair point about the continued importance of Prop 103’s protections, and it’s unquestionable that a large proportion of consumers will remain personally responsible for maintaining and operating their vehicles to one degree or another for a long time to come. But it’s also the case that the development of autonomous vehicles is already very advanced, whatever regulatory obstacles may impede its adoption.

As it happens, Mercedes-Benz has been testing autonomously driving automobiles on public roads in California since September under official license from the state’s government. And this week, the company announced that it will use the Concord Naval Weapons Station (CNWS), the largest test bed site in the US, for further testing of its technology.

“We can use the test site in Concord, Calif., to run simulation tests with self-driving vehicles in a secure way, including specific hazardous situations,” comments Axel Gern, head of autonomous driving at Mercedes-Benz Research and Development North America, Inc. (MBRDNA). “Taken in conjunction with the results of our test drives on public roads, these tests will help us with the ongoing development of our autonomous cars.”

The focus of Mercedes-Benz’s research nevertheless continues to lie on the tests undertaken in a real-life environment, according to Gern.

In August 2013, Mercedes-Benz debuted its S 500 INTELLIGENT DRIVE, a new-model S-Class equipped with what the manufacturer calls near-production-standard technology. The company demonstrated the vehicle’s capabilities by a fully autonomous drive between Mannheim and Pforzheim – a distance of about 100 km (62 miles) – which included normal urban and inter-city driving challenges. In the summer of 2014, the auto maker unveiled its Future Truck 2025, featuring Mercedes-Benz’s Highway Pilot system that enables the vehicle to drive autonomously at 50 mph. The truck’s capabilities are based on the intelligent networking of all safety systems already available, as well as cameras, radar sensors and vehicle-to-vehicle communications, according to the manufacturer. In combination, these capabilities relieve the driver of stress and fatigue in monotonous traffic situations, in addition to preventing accidents. In the way that some say autonomous vehicles turn “driving” into “transportation-as-a-service,” the Future Truck 2025’s Highway Pilot system turns a driver into a “transport manager,” in Mercedes-Benz’s terminology.

Mercedes-Benz is not unique for such efforts – we have reported on other manufacturers’ initiatives, including Volvo and GM – but that only reinforces the point that autonomous vehicle’s impact on society – and on insurance – is imminent. Consumer Watchdog’s dismissal of autonomous vehicles impact is as much of a false generalization as is the notion that all vehicles will soon be autonomous. As we’ve noted before, the next stage in the transformation of auto insurance isn’t transportation without human error, but rather human error mitigated by technology. And that technology ranges across a continuum of risk-mitigating advances, from anti-lock brakes and cruise control all the way to fully driverless road transportation.

So the question is not whether technology generally will have an effect on safety – hence potentially on insurance premium and claims – but rather how much its influence is expected to grow over what interval of time. Advanced collision avoidance technologies and driver behavior monitoring alone can go a long way to reducing the frequency of auto accidents in both the consumer and commercial realms. But autonomous vehicle technology is also already very advanced. With reason, Mercedes-Benz argues that the discussion is no longer about whether the technology will deliver on its promise but whether people want what the technology can deliver – and whether society and legislators are ready for what the manufacturer calls a “revolution in automobility.”

New technologies are likely to affect insurance initially in niches, in a kind of thin-edge-of-the-wedge manner. For example, Americans were resistant to telematics when introduced in the early 2000s, but began to accept the idea with products such as those aimed at the anxious parents of teenaged drivers. In the interim, consumers have also become more comfortable with exchanging private information for value, through their experience in trading personal details for free Internet content.

Mercedes-Benz suggests that autonomous vehicles will present similar attractions for consumers in the form of safety, comfort and convenience – perhaps especially for elderly drivers. The value proposition may have even more immediate appeal in the commercial space. A Mercedes-Benz statement makes the case:

In the area of goods transport…self-driving vehicles are not only “comfortable” and “futuristic” but a necessity. In its recent publication, Traffic forecast 2030, the German Ministry of Transport estimates that truck traffic will increase in the future by 39 percent in Germany alone. Not all goods that are transported by road are suitable for other means of transport, so the only viable solution is to improve the utilization of the existing infrastructure by using more networked assistance and telematics systems. This also is the first step to making a truck driver’s life more appealing. With its Future Truck 2025, Daimler Trucks is one of the pioneers in self-driving commercial vehicles and is currently paving the technological path of the future for the transport sector.