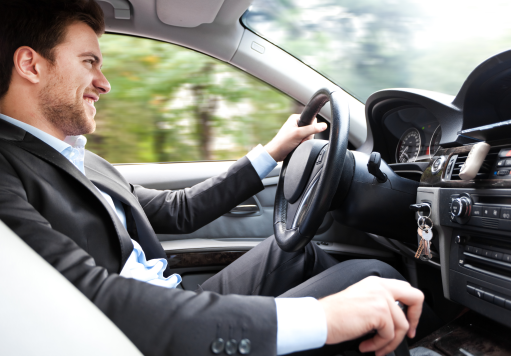 Millennials are sometimes seen as the bane of the insurance industry, which has struggled to provide a customer experience on par with other industries. And yet J.D. Power’s (Westlake Village, Calif.) latest U.S. Auto Insurance Study finds that Gen Y—which the researcher defines as the older part of the Millennial cohorts—is the driving force behind an increase in overall auto insurance satisfaction. We caught up with Valerie Monet, director of the insurance practice at J.D. Power, to ask whether Gen-Y was especially responsive to improvements insurers have been striving to make, or if there might be some other explanation. J.D. Power reports that overall satisfaction with a customer’s auto insurer has reached an all-time high of 818 out of a possible 1,000, an improvement of 8 index points over 2014. The key factor in this record result was the increase in Gen Y satisfaction, according to the researcher.

It’s fair to say that J.D. Power’s findings are counter-intuitive, in as far as they suggest that insurers are doing an good job—or at least a better job—of pleasing Millennials. Superficially, at least, those findings contrast with Capgemini’s 2015 World Insurance Report (WIR). The Capgemini study found a sharp drop in positive customer experience levels among Generation Y insurance customers in 2014—which helped bring down overall customer experience ratings around the globe, and especially in developed regions, such as North America.

Of course, Capgemini’s WIR was not restricted to auto insurance, and the disparity in findings between that study and J.D. Power’s U.S. Auto Insurance Study might be explained by differences in methodology. But J.D. Power’s Monet emphasizes one important fact: satisfaction among Gen Y customers was still lower than any other generational group, across nearly all factors identified within the study: interaction; price; policy offerings; billing and payment; and claims. That said, she adds, “satisfaction among Gen Y has increased the most compared with other generations: Gen Y +21 points; Gen X +6; Boomers +4; and Pre-Boomers: -3.”

Not Just About Digital

The interaction factor has the greatest impact on customer satisfaction, as J.D. Power measures it, and the improvement noted in the study was driven by non-claim interactions, according to Monet. Overall interaction improvement for Gen Y respondents is +20 over last year. However, the details show that pleasing Gen Y customer is by no means a matter of purely digital interaction.

“When we start to look at the different interaction channels, website is up 19 points and assisted online is up 24 points; but we also see that satisfaction with the agent experience is up 29 points,” Monet notes. “The increase in satisfaction can’t solely be attributed to advances made with online servicing—actually there’s substantial room for improving online interactions across all generations.”

In fact, when it comes to resolving issues completely online, Gen Y’s improved results—up 2 percentage points to 81 percent in 2015—is on a par with equally modest improvements in other generational groups.

“We do see a very prominent change in the percentage of Gen Y customers that are contacted through their preferred method—up 5 percentage points year-over-year to 81 percent,” Monet says. “There is a similar increase among Gen X customers, up 4 percentage point to 85 percent, but there is limited change among the other generational groups.”

J.D. Power also observed a slight increase in the percentage of Gen Y customers who had a policy review during the previous year (up 2 points to 30 percent). The percentage of Gen Y customers indicating that their bill contains helpful information also saw an increase (up 4 points to 24 percent). These findings were in the ballpark of results for Gen X (up 3 points to 25 percent), Boomers (no change, 24 percent) and Pre-Boomers (up 1 point to 25%).

A Note of Caution

Overall, the improvements in Gen Y satisfaction are good news for insurers, and they tend to validate insurers efforts to reach these customers, as far as those efforts go. However, Monet remains cautious in her interpretation.

“It could be that the improvements that insurers have made are resonating more with Gen Y customers, but the increase in satisfaction could also be associated with an increase in understanding of the products and services, as this generational group matures,” she says.