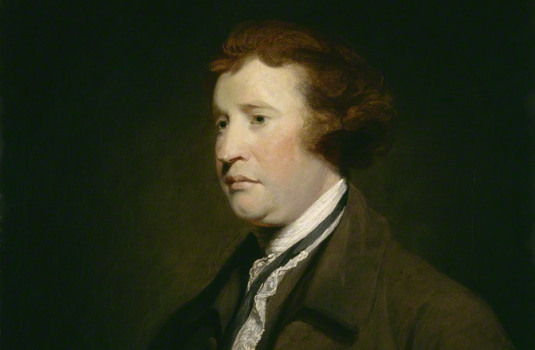 The period known as The Enlightenment is an excellent historical parallel for today:  old institutions and practices are proving too inflexible to endure in their present form; greatly increased access to information is reshaping commercial power today, as it reshaped political power in the 18th Century. Frank Petersmark, PhD, draws such analogies in the top story of today’s Insurance Innovation Reporter newsletter. He elaborates on ways the salons of the French Enlightenment played a role in creating and managing change—and he details key lessons that insurers can learn from them.

Dr. Petersmark’s analysis is spot on, and delivered in a creative and entertaining style. He draws a suggestive quotation from Edmund Burke:

You might think Burke was being sarcastic, but in fact he meant this as a compliment. Petersmark is well aware of this, but thinks the quote is apt for the purpose—and simply too good to pass up in this context. We agree, but we wonder whether there might be another lesson for insurers subtly concealed beneath the unflattering description of the un-revolutionary British. The Literary Club, one of 18th Century London’s great salons, meeting at the house of Joshua Reynolds (painter of the portrait of Edmund Burke above). Burke can be seen in the center of the picture, facing Samuel Johnson, the great poet, critic and lexicographer. Reynolds is portrayed standing in the background to the right. Click to enlarge.

In fact, Burke had a lot in common with French Enlightenment figures. He was himself a philosophe before he became a parliamentarian, and was in fact an exemplar of the British Enlightenment. The liberal salon culture was a period of ferment, but it was also a calm before the storm of the French Revolution—a highly illiberal movement that Burke warned of in his “Reflections” from which the quote is taken.

Petersmark is right to identify a mechanism of intransigence in Burke’s quote that is relevant to the insurance industry. However, to understand Burke’s deeper message it’s important that Burke was talking about moral, not technical innovation. Burke was one of the most intelligent and curious men of his age, at home with the discoveries and inventions that made his time such a fascinating one to live in. What he feared was cocksure, high-handed and arrogant challenges to acquired freedoms that could easily be lost and would difficult to recover. Events bore him out, when the French Revolution eclipsed the civilized, humane culture of the salons and led to the Reign of Terror and eventually military dictatorship under Napoleon Buonaparte.

The lesson to insurance innovators is to embrace the inevitable changes in the technical means of engaging and transacting with customers and business partners, while holding fast to the values that make insurance both socially beneficial and profitable to both parties to the insurance policy transaction. In fact, technical innovation is an opportunity for the reassertion of insurers’ traditional commitments to their customers and partners; it offers new ways to embody insurance’s value proposition to help individuals and businesses mitigate risk and protect assets. It offers insurance companies to demonstrate in novel ways their perennial character as reliable, trustworthy and fair partners to policyholders in their time of need.