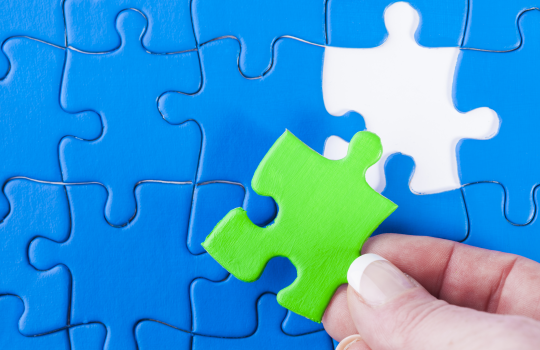 In this age of integrated insurance core systems suites, it’s a little odd to see a carrier split its transformation platform across two vendors. But that’s what GuideOne Insurance (West Des Moines, Iowa) has done: the carrier announced its adoption of Innovation Group (Farmington, Conn.) as its personal lines platform vendor, less than a month after publicizing that it had chosen Guidewire (Foster City, Calif.) for commercial lines transformation. What may seem like a man-bites-dog story suite isn’t exactly a victory of best-of-breed over integrated suite or vice versa—though it makes a worthwhile point about both. As GuideOne CIO Doug Cretsinger explains, despite going public with its Guidewire news earlier, the carrier actually selected Innovation Group as its personal lines vendor about six months before selecting Guidewire as its commercial lines software vendor.

GuideOne, which specializes insurance for churches and other non-profit organizations, schools, home care providers and senior living facilities organizations on the commercial side, has implemented Innovation Group’s Insurer Policy, Billing Portal and Insurer Analytics for its personal lines business, which includes auto and homeowners.

In May, the carrier announced the successful deployment of Guidewire’s PolicyCenter as its new underwriting and policy administration platform for commercial lines, starting with workers’ compensation in four states. The carrier also implemented Guidewire’s Rating Management and Client Data Management and the vendor’s new Standard-based templates. GuideOne was already a Guidewire customer, having implemented Guidewire ClaimCenter during 2013 and 2014. Both GuideOne’s personal and commercial lines technology initiatives spring from a modernization imperative driven by the prospect of rapid growth without suitable core systems, according Cretsinger, who also holds the title of senior VP of business transformation. “We’re going to reach $650 million in written premium this year and continue to seek market opportunities for growth,” he elaborates. “To support that growth we needed a scalable platform.”

Or scalable platforms, as the case may be. GuideOne’s legacy platforms were mainframe-based systems in the 30-year-old range, complete with green screens, hard coding, poor print output, general process rigidity. “It was difficult to train staff or for customers to get good output,” Cretsinger relates. “For many business reasons we knew we had to modernize our core platforms.”

“The overarching strategy is to align our business capabilities with technologies that can deliver them in a more agile way,” Cretsiner summarizes. “Speed-to-market is a significant driver.” He adds that personal lines business requires much greater mobile capabilities and automation of core processes for claims, billing and policy transactions. “Our customers want access to all of these things so they can do business with us the way they want to conduct business, in a modern, digital world,” he says.

A Matter of Timing

While more carriers today see an integrated suite as the optimal path for transforming their core systems, it just didn’t work out that way for GuideOne as a simple matter of timing, Cretsinger reiterates.

Had GuideOne begun with commercial lines and selected Guidewire, the situation might have been different, Cretsinger says, especially since the carrier had already implemented Guidewire ClaimCenter. “I would have made a stronger argument from an IT perspective that it would have helped to have a single vendor,” he explains.

But that doesn’t change the fact that Innovation Group emerged as the better choice for personal lines, Cretsinger stresses. Nor does it mean that the advantages of a single platform necessarily outweigh a more diverse systems environment. “Best-of-breed is not a bad thing—there are also risks having all your eggs in one basket, such as your vendor getting acquired,” Cretsinger stresses. “Guidewire and Innovation Group have both been excellent partners for GuideOne to achieve growth, customer service and profitability objectives. We look forward to growing out business with both of them.”