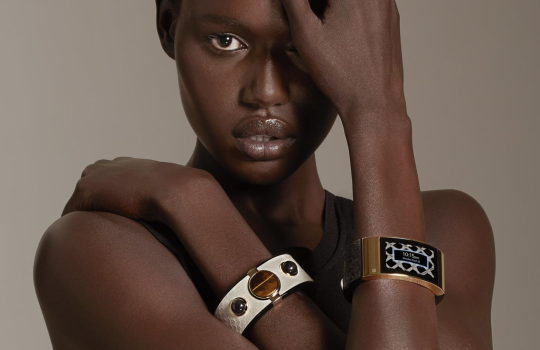 It’s generally agreed that technology advances are moving quickly.  Ignoring the need to update company culture, failing to align operations to customer needs, and clinging to misplaced belief that the past will be an effective predictor of the future do not represent a plausible strategy going forward.  In fact, these elements conspire against many insurance carriers in their quest to remain competitive—or perhaps even relevant—in the current period. Of course it’s not just technological advances that are impacting the market. When combined with demographic changes, economic shifts and regulatory considerations today’s business/technology environment has created a “Perfect Storm” which must be navigated thoughtfully and invested in with flexibility in mind.

The engines of insurance industry disruption are diverse, including demographic changes, economic shifts and regulatory evolution. However, none of these is without a technology dimension, and of all the technology trends the Internet of Things (IoT) may have the potential for effecting the most profound changes to the insurance industry. The IoT burst onto the insurance scene with telematics, which harnessed communication between machines to enable new customer engagement models and underwriting approaches. The trend is now exploding into a myriad of sensor-driven applications focused primarily on property protection and related insurance products and services. Using machines to monitor the risk of objects is an obvious opportunity for the property and casualty industry, but the technology will be an important avenue for other industry sectors as well.

Sensors can monitor humans as well as inanimate objects, and the “instrumentation of the individual” has already been adapted for uses by life and health insurers. One early step was to incorporate wearable device data into their pricing models through offers that traded discounts for monitoring.

As a next step, what would prevent a carrier from turning this into a bi-directional “discussion” to help improve outcomes?  Very little indeed. Saying to the policyholder that, “Smart people like you are more active today” seems perfectly reasonable in an Amazon-inspired world. Can fluid monitoring (e.g., for diabetics) be far behind?  Emphatically not. Carriers in the health space are working on this already. The Fitbit (or other device) that had a certain “bling” quality initially would, at that point, acquire pretty significant economic implications—bang.

So what does this means for life insurers?  Plenty it turns out.

On the one hand, much of the concern around competition lately has been between group and individual life oriented carriers. With the introduction of the Affordable Care Act, and recognition that voluntary benefits represent a potentially significant growth opportunity, these carriers have seen each other as the main protagonists.  Each has capabilities which could help them in their quest for the voluntary market, and each has liabilities.  Neither has made significant investment to date in understanding the implications of IoT capabilities and, barring a few notable exceptions, many are focused on how to improve incrementally their existing capabilities.  Very few are considering the possibility that future competition could actually come from an alternative space.

The Threat of Non-Traditional Competition

For example, armed with significant census data and access to personal and confidential information, what would keep group health carriers from moving into the individual product space, including life and disability coverages?  Precious little is the probable answer, particularly after they perfect, through “test and learn models,” their current efforts with emerging technologies.

In the past, the barriers to entry into the life insurance space were undoubtedly more significant, which kept these carriers focused on their own lines of business. That is changing.  Also, the opportunity to grow in the existing health insurance line has limitations and risks.  With margins compressed, competition high and regulatory scrutiny tight, finding alternative revenue sources by these carriers already appears to be a priority.  Having new entrants like this join in the life market could be the very definition of disruption. That, in effect, could represent a very big bang—particularly for carriers comfortable in the belief that the past would in fact be a predictor of the future. History shows us just how wrong this focus on the rear view mirror can be.  Between the two world wars, early in the last century, the French concluded that all future wars would be started by an army coming from Germany.  They were so convinced that this was true that they built massive fortifications to protect the frontier between the two countries.  Of course, when Germany attacked France in 1940, they simply invaded Belgium first and came in through an alternative route. Since the French fortifications were built with their guns fixed in one direction, they had no choice but to immediately surrender when the Germans arrived at the back door. For both individual and group life carriers, as they plan for 2016 and beyond, they need to consider that future threats may come from a direction which could surprise them. All of this could be fueled by the emergence and acceptance of the sensors that we lump together into the Iot. Not bling—but bang.