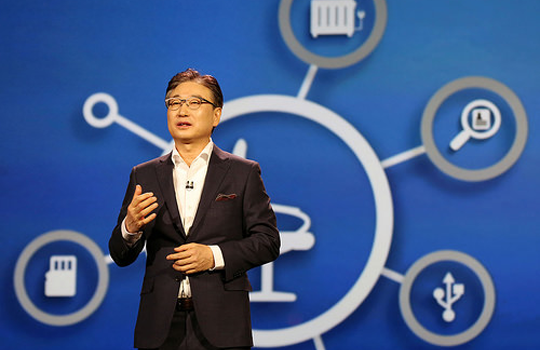 What does the future of insurance look like? Well, one way to get a glimpse is to pay attention to what’s happening at the Consumer Electronics Show (CES), counsels Donald Light of Celent. Writing at Celent’s blog this morning, light says, “The 2015 Consumer Electronics Show is winding down—and if any personal lines insurer wasn’t there, taking names, and setting up meetings, they jolly well should have been.” We couldn’t agree more.

Until recently the CES had no particular relevance to the insurance industry, as interesting the products it covered might be to the general public and perhaps to engineers, technologists and other types on the geek spectrum. However, the consumerization of technology has created a convergence of use and interest that makes what happens at CES a matter of vital concern to any consumer-facing industries, such as personal/individual insurance, and perhaps to commercial insurance as well.

As Samsung CEO BK Yoon said in his keynote address to the conference on Monday, “The Internet of Things has the potential to transform our society, economy and how we live our lives.” He appealed to his industry colleagues at the show, saying, “It is our job—as an industry—to make true on the promise of the Internet of Things.”

“The Internet of Things is not about ‘things,’” Yoon continued. “Instead it is about people: Each person is at the center of their own technology universe, and the IoT will constantly adapt and change shape as people move through their world.”

Those adaptations are already affecting the nature of the risk that insurers cover as the way machines and the way people interact with them change. Light notes that another keynote speaker, Ford CEO Mark Fields, promised that his company would be first to market with a mass-production autonomous car. In the attempt he’ll be in competition with GM, Volvo and other manufacturers, such as Mercedes-Benz, which demonstrated a driverless concept car, Light reports.

A visit to any big box store will reveal that more and more appliances are being produced to be part of a “connected home.” Light notes Samsung’s CEO’s pledge to work on open IoT devices within its own Open Interconnect Consortium and wondered about the potential for standardization initiatives with alternative AllSeen Alliance or Apple’s HomeKit.

“Connected home controller hubs are also emerging as a key category, backed by some very back players (Google for Nest, GE for Quirky),” Light added. “The question remains what exactly your light bulb has been wanting to say to your dishwasher, if only it could.” Jokes aside, Light emphasizes that autonomous vehicles, once they become sufficiently numerous, will have fewer accidents—which means both many fewer claims and much lower premium. It’s a subject Light pioneered a few years ago with his report: Scenario: The End of Auto Insurance.

The IoT also has far-reaching implications for risks related to property insurance, according to Light. “Connected homes will have kitchen and electrical fires detected much more quickly, fewer losses from theft, and more advance notice of weather-caused catastrophes,” he says. “Same story: a lot fewer losses, a lot less premium.”

We might add that the interconnection of devices and sensors could have major implications for commercial insurance in terms of reducing losses. However, it could also bring loss control services to a new level, for example, bringing real-time monitoring where spot checks were used in the past. Perhaps one of the biggest questions is what risk management/loss control services the IoT might make viable in the personal lines realm.