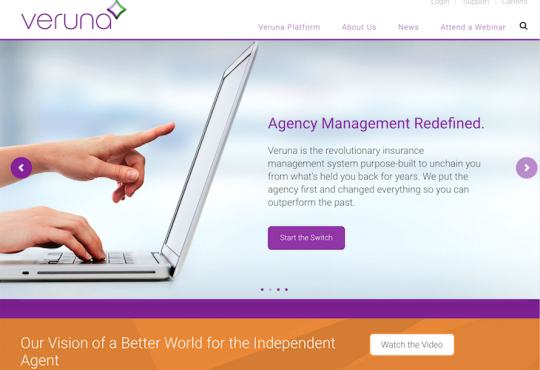 Veruna, a Boston-based InsurTech developer of a Salesforce-based agency management platform, has announced the completion of a $6M Series A funding round. The round included participation from two prominent insurance carriers that the company declined to mention by name. Founded in 2015, Veruna offers a cloud-based agency management system built on Salesforce that targets independent agents. Product features include what the vendor describes as a full suite of functionality that replaces existing legacy management systems and guides agencies on to a more modern platform. The company reports that it has focused the past 24 months on building out its best-of-breed system and refining a seamless onboarding path for agencies in preparation for faster growth. Veruna says that the new funds raised by the Series A round will be used to fuel the next stage of expansion for the company.

Foundation for Next Phase

“We are excited for the next chapter for Veruna,” comments Bob Scullin, CEO, Veruna. “The work we have completed over the past year or so has set the foundation for our next phase, which includes building brand awareness to drive new sales and expanding operations as we anticipate doubling our client base over the next year.”

Bridging the gap between CIO and CFO