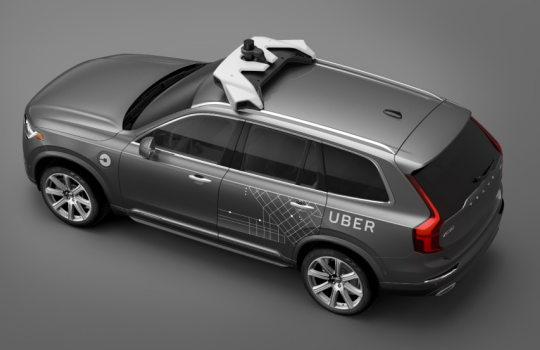 Three announcements this week provided guideposts to the accelerating pace of autonomous vehicle technology and the way it will begin to affect the insurance business. Uber announced that it will pilot a self-driving fleet of Volvo XC90 sport-utility vehicles in Pittsburgh before the end of the month; Ford will mass produce self-driving cars without steering wheels to the rideshare industry by 2021 (see embedded video below); and this fall Audi will roll out vehicle-to-infrastructure (V2I) services, specifically real-time connection traffic light networks in certain cities.

Like telematics and usage-based insurance (UBI), autonomous vehicle technology has been the subject of much discussion with regard to its effects on the daily life of citizens despite potentially more compelling commercial applications. Much insurance industry discussion of vehicle technology has been focused on personal lines in part as an echo of the general discussion in media and because of the size of the personal lines auto market relative to commercial auto. However, the announcements from Uber/Volvo and Ford show that—as in the case of UBI—a more obvious commercial application is likely to precede mass adoption.

“Self-driving cars targeted at ridesharing services are a double-whammy for personal auto insurers’ traditional business,” comments Matt Josefowicz, president and CEO of Novarica. “Not only will there be fewer drivers to insurer for liability, but also fewer owners to insure for property. Personal auto insurers will face a shrinking market with very different product demands.”

All three announcements point to the accelerating pace of profound change in how vehicles will be operated and insured, opines Donald Light, a Berkley, Calif.-based analyst with Celent. “The key trend exemplified by Ford and Uber is the push to cars that do not require a human as a fallback control system,” he says. “This will in theory eliminate the many issues related to human machine handoffs.”

The Audi announcement is also very important because it is a milestone in the underdeveloped area of V2I vehicle to infrastructure connectivity, Light stresses. “This technology will also play an important role in reducing losses and insurance premiums,” he says.

As self-driving vehicles are now scheduled to come to market sooner than many expected, the urgency increases for auto insurers to establish positions and strategies around coverage, product, policy, liability, claims and marketing, urges Stephen Applebaum, Managing Partner, Insurance Solutions Group (Chicago). While daunting in the scope of its potential impact, the rapid advance of autonomous vehicle technology also presents an invaluable opportunity for insurers to reinvent their core business and transform corporate culture, in Applebaum’s view.

“For fully autonomous vehicles, the traditional distinctions between personal and commercial lines are bound to dissolve since manufacturers, owners—not drivers—as well as occupants will all represent coverage opportunities,” Applebaum elaborates. “And, since an increasing numbers of insurers are already providing coverage for alternative transportation platforms such as Uber, Lyft and dozens of others, they have existing baseline models for this type of coverage from which they can build out in order to address fully autonomous vehicles for all categories of owners and insureds.”