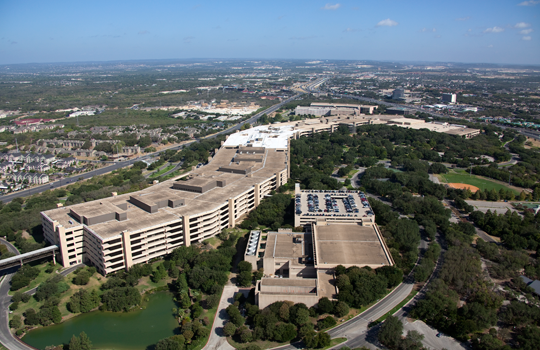 Stuart Parker, USAA’s current chief operating officer, has been named to succeed current CEO Joe Robles upon his retirement at the end of Feb. 2015, according to a USAA statement. USAA Capital Corporation president Carl Liebert will succeed Parker in his role as COO, effective immediately. As chief financial officer from 2012 to 2014, Parker led an enterprise team focused on building the financial strength of the enterprise to $26 billion in net worth and achieving product revenue growth of 8 percent year over year. He was named chief operating officer in May. “Stuart is the right choice to lead USAA forward at a time when the financial services industry is undergoing tremendous changes,” comments USAA Chairman of the Board, Gen. Lester Lyles, USAF (Ret.). “The board has found a successor who demonstrates clear devotion to USAA’s mission to serve the military and their families, deep appreciation and respect for our employees who represent the finest workforce in America, keen business and financial acumen, and unquestionable ethics. The board’s decision was unanimous because Stuart meets all of those criteria and more.”

From 2007 to 2012, Parker led USAA’s Property and Casualty Insurance Group (P&C) and what USAA characterizes as a highly engaged team of 10,000 employees in multiple locations throughout the U.S. and Europe. During that time, P&C net written premiums grew from $8.7 billion to $12.5 billion.

A USAA member for more than 30 years, Parker joined USAA in 1998 after completing his MBA at St. Mary’s University and earning a Certified Financial Planner designation. He rose through the ranks to successfully lead the development of USAA’s Financial Planning Services organization, which formed the foundation of USAA’s strategy to provide free advice and in-depth financial plans and counseling to help members achieve financial security.

Parker is a graduate of Georgia’s Valdosta State University with a degree in business administration and is a distinguished graduate from the Air Force ROTC program. He entered the EURO-NATO Joint Jet Pilot Training Program at Sheppard Air Force Base in Wichita Falls, Texas and became an instructor pilot flying T-38 aircraft. While at Sheppard, he also became a Wing Flight Examiner. Parker went on to graduate from aircraft commander school for the C-141 Starlifter and was stationed at Charleston, S.C. He flew the C-141 in combat missions during Operation Desert Shield/Desert Storm.

“Having worked with Stuart for many years, I know he’s ideally suited to lead USAA forward,” says current USAA President and CEO Joe Robles. “Stuart was instrumental in building USAA’s financial advice capabilities, growing our flagship P&C line of business, and then managing our financial, strategic and operational planning. He’s also a veteran and a military spouse. He knows what it means to serve.” “Carl’s strong leadership has facilitated great momentum and collaboration among our banking, investment and real estate companies over the past year,” said Robles. “I’m personally excited about his leadership of all of USAA’s businesses and our member service functions to serve our military families even better.”

Liebert has global business experience and deep consumer insights acquired through the senior leadership roles he held at companies including The Home Depot, Circuit City and General Electric. Prior to joining USAA, he served as CEO of 24 Hour Fitness from 2006 to 2013, where he oversaw strategy, operations and financial performance.

Liebert is a former U.S. Navy officer, 27-year USAA member and, from 2011 to 2013, served on USAA’s Board of Directors. He graduated from the United States Naval Academy with a BS in Physical Science. He obtained his MBA from Vanderbilt University, Owen Graduate School of Management.