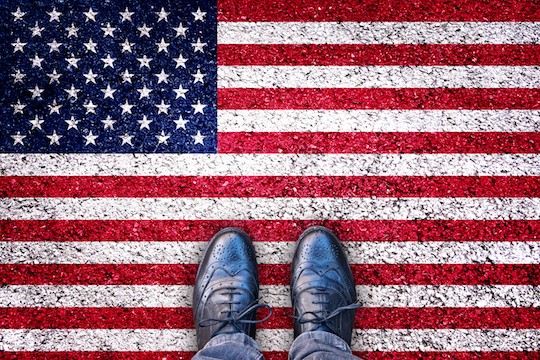 Donald Trump’s victory in the US presidential election will bring about policies that are significantly different from those of the current administration. His core priorities during the presidential campaign focused on protectionism, reducing taxes, and deregulation. Mr. Trump has proposed economic policies that include large tax cuts for individuals and businesses, additional spending on infrastructure and the military and veterans, substantial new trade barriers, renegotiation of existing trade agreements, restrictive immigration policy, and a repeal of Obamacare.

There is a high degree of uncertainty as to the extent to which Mr. Trump’s stated policy agenda will be implemented once he is in office. While he will work with a Republican-dominated Congress that will be receptive to many of his proposals, his views on trade are not aligned with long-standing Republican positions. Since the President has a relatively wide berth for executive action and can enact policies without the express authorization from Congress, President Trump could by executive order institute tariffs on China or any other country that engages in “unfair trade practices” as determined by trade officials. Such protectionist policies would lead to import price increases, higher inflation, and less exports due to likely retaliation from other countries. On existing trade treaties, it is unclear if Mr. Trump would be able to unilaterally withdraw from them. It is more likely that his presidency will disrupt ongoing trade negotiations such as the Trans-Pacific Partnership and the Transatlantic Trade and Investment Partnership.

For many of his other policy priorities, such as business and individual tax cuts, infrastructure spending, and the repeal of Obamacare, President Trump would require the cooperation of Congress. Since the Republican Senate majority is not large enough to overcome a Democratic filibuster, these policies are unlikely to be enacted in full, even though the tax cuts and repeal of Obamacare are aligned with the policy views of Republican leadership.

Implementation of Mr. Trump’s fiscal policy proposals, which involve large across the board tax cuts accompanied by higher spending on infrastructure and the military, will provide a short-term stimulus to the economy. At the same time, these policies will lead to large budget deficits, creating inflationary pressures and leading to higher interest rates. Concerns about the fiscal outlook are already putting pressure on long-term rates, with the 10-year Treasury yield up 21 bps today, to 2.07 percent. Inflationary pressures will prompt the Fed to be more aggressive in raising rates.

Effect on the Insurance Industry

Insurers will be most affected by Mr. Trump’s proposals related to Obamacare and the environment. On Obamacare, no clear alternative has been laid out yet. On the environment, Mr. Trump can put a stop to efforts to curb carbon dioxide emissions and fight climate change by rejecting the Paris climate treaty, re-starting the review of the Keystone oil pipeline, allowing for oil exploration in Alaska and the Arctic Ocean, and withdrawing existing climate regulations or stopping their enforcement.

Given the wide range of uncertainties regarding Mr. Trump’s policy proposals, it is very hard to estimate the extent of the impact on the economy and its timing. Our view is that most of the impact will be slow moving and will occur in 2018-2019 at the earliest. We have no clear sense of what could transpire in 2017, thus are keeping the near term macro forecasts for the US economy unchanged, including the expectation that the Fed will move to hike interest rates in December.