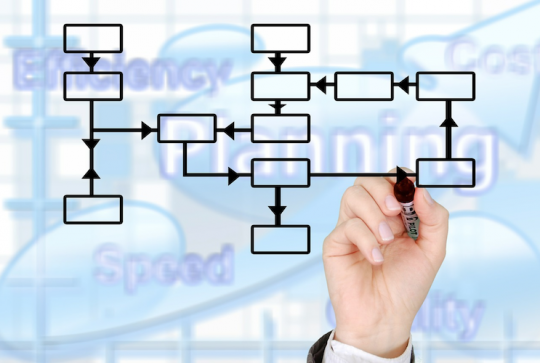 Unum Group (Chattanooga, Tenn.; 2018 revenues of 11.6 billion, and provided $7.2 billion in benefits) stands out as the top provider of disability insurance in the U.S. and the U.K., and as a provider of other insurance products including life, accident, critical illness, dental and vision benefits sold through the workplace. However, the insurer is like others in that multiple systems resulting from M&A have created complex environments that require inefficient manual workarounds for executing business processes.

In 2016, Unum sought to reduce burdens related to the need for customer service teams to navigate multiple systems in order to answer simple questions. “It was clear that the old adage of throwing bodies at the problem just wasn’t going to solve the problem,” relates Melissa Harris, IT Delivery Director, Unum. “We saw an opportunity for achieving greater efficiency through both the desktop and process automation.”

Unum began working with Pegasystems in late 2016, licensing Pega Robotic Process Automation. Through automating connections to back-office systems, the insurer was able to not only gain substantial efficiencies and speed service for customers, but also to reduce the volume of administrative tasks the service representatives needed to perform—thereby eliminating some of their most tedious tasks and allowing them to focus on helping customers.

On the strength of its success with desktop automation, Unum decided to use Pega to automate disjointed back-office processes running on applications such as Sharepoint and requiring significant manual intervention. “We were tasked with finding a platform to help support complex business processes and streamline business activity to a central location,” Harris recalls.

Unum engaged with Pega on this initiative in early 2018 and officially kicked-off the project in late May. The insurer’s approach was to identify a given process, automate it and build on that success to take on other processes, according to Harris. The first process taken on was policy issuance within Unum’s Voluntary Benefits (VB) business. “Both Voluntary Benefits and Group are housed on separate mainframes with a subset of related systems,” comments Harris. “We went after Voluntary first because it’s the most complex. That team was using Sharepoint and Outlook, and was doing manual paper scanning.” Harris describes the existing process as one where various operations that had to be performed prior to being able to issue a policy to any given customer—and it was entirely manual. Using Pega Robotic Process Automation and Pega Robotic Desktop Automation, along with the Pega7 Platform, Unum was able to deliver an automated process in August 2018. “We were able to automate policy issuance requests using an email listener, where historically we had teams monitoring an inbox,” Harris says. “Our policy services operations professionals—known as VB Service Champions—would receive requests to issue policies for a customer who had finished enrollment, and all the related tasks were manual.”

As a result of the automation initiative, the process has seen an efficiency improvement of 13 percent. “A large part of the efficiency gain is that the intake was automated from zero to close to 100 percent,” Harris comments. “Another big component is that we abstracted data through a web services integration so that we don’t have to hit the back-office systems.”

Unum has built into Pega processes that route applications requiring special handling only when they are ready for human intervention.  Most importantly, VB Service Champions have gone from having to navigate 15 applications to only having to work in Pega. They are no longer burdened with having to navigate a mainframe, and as a result of having to work on one system Unum has seen a decrease in the training burden from 8-10 weeks to less than a day.

Harris says that the initiative not only speeds customer service but also improves the lives of the Service Champions. “The whole goal with this transformation is to open up these operational teams to do meaningful work and keep up with volumes,” she says.

Unum is now poised to deliver a similar set of process improvements for the Group business, which will then be 100 percent handled through Pega. “It’s not as complex as VB, and there’s already some assistance for the Champions in place, but the delivery of work that was previously manual through any number of channels will be consolidated,” Harris relates. “It will be a single stream of work delivery now through Pega, consolidating down from five to 10 intake applications.”

Unum expects similar results in Group and in Medical Underwriting—the next process to be tackled. The insurer had planned to achieve ROI on the Pega business process automation initiatives within three years. “Based on what we’ve seen, it’s probably going to happen sooner than that,” Harris says. “We’ve been very happy with Pega as a platform, and hope to continue to expand process automation in the back office.”