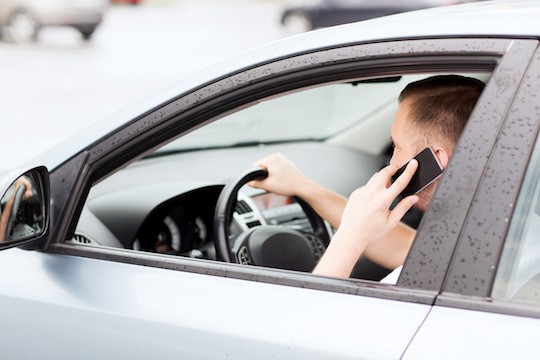 Readers may have had the experience of witnessing astonishingly poor driving and wondering, “What kind of driver could even do that?”—and then coming up parallel to them to see that the answer is: “A driver messing with his phone.” Distracted driving has been associated with a recent increase in highway fatalities, so it can be taken as a sign of the times that the Pennsylvania Insurance Department and the New Jersey Division of Insurance has, for the first time, approved an insurance score for distracted driving. TrueMotion (Boston) announced today that it has received approval from the Pennsylvania Insurance Department and the New Jersey Division of Insurance for its proprietary Distracted Driving Score. The vendor characterizes its score as the first ever usage-based insurance (UBI) score that captures and scores a driver’s actual distraction habits—talking, texting, app use and other interactions with a smartphone—enabling insurers to provide incentives and rewards for safe driving.

Scott Griffith, co-founder and chairman of TrueMotion notes that the most recent data from the National Highway Traffic Administration (NHTA) shows a 10.4 percent increase in highway fatalities from the first six months of 2015 to those of 2016. The 2015 figures are 16 percent higher than the six-month mark in 2014. A study by Nationwide Mutual Insurance in 2010 estimated that up to 38 percent of auto accidents are the result of some form of distraction.

“We know that accidents, fatalities and claims costs related to distraction are spiking, resulting in across-the-board price increases for consumers, but until now, it’s been impossible for insurance companies to account for distraction in their policies,” Griffith, observes. “For the first time, insurers, fleet operators and others can now partner with TrueMotion to measure, score and modify distracted driving behaviors.”

While the Distracted Driving Score is subject to regulation as a potential factor in pricing policies, its value to insurers is as an incentive to their policyholders to avoid the distractions associated with mobile device use. TrueMotion will offer the score to insurers via deployment of a smartphone app to enable them to offer discounts based on undistracted and otherwise safe driving behaviors. Available technologies deployed within UBI offerings have tended to be hardware- rather than device-based—tracking the vehicle’s telemetry, not the driver’s behavior. “They can tell that the brakes were slammed a moment before an accident, but they don’t know if the driver was on Instagram, for example,” Griffin explains.

TrueMotion describes its offering as a turnkey, behavior-based insurance solution which includes the Distracted Driving Score, to insurers in Pennsylvania and New Jersey. In addition to the mobile app and related analytics, the solution includes an actuarially sound score and the associated state-approved regulatory rating and forms, according to the vendor.

View into the Real Risk of Distraction

“TrueMotion’s technology gives insurers a unique view into the real risk of distraction based on actual driving,” comments Roosevelt Mosley, principal and consulting actuary with Pinnacle Actuarial Resources, Inc. (Bloomington, Ill.), an independent actuarial and management consulting firm that worked with TrueMotion to develop the Distracted Driving Score. “With this information, they can better understand the true loss potential of their customer base, and take steps to influence safer driving.”