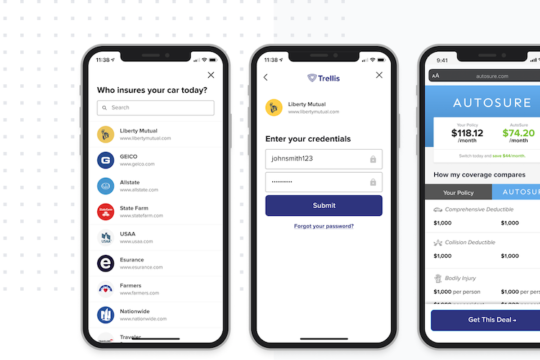 Trellis, a San Francisco-based InsurTech, announced that it has added significant new capabilities to its recommendation platform, Savvy, claiming it as the industry’s first end-to-end API solution to enable consumers to instantly compare and purchase car insurance within a partner’s app or website. The updated Savvy continues to allow consumers to compare their existing policy to prospective alternatives in a transparent, side-by-side manner using just their insurance login, and now adds the unprecedented ability to purchase a better plan, and even cancel the old one, all on the same streamlined platform, according to a Trellis statement. The company announced a $10 million funding round in June

Trellis says that competition is heating up among fintech apps and neobanks such as Square Cash, PayPal, and Affirm, which are vying to be users’ financial “superapp” of choice. The Trellis statement notes that Fintechs such as Albert and Truebill have begun integrating insurance as part of their broad suite of financial offerings. “Considering 80 percent of adults in the U.S. drive a car, this unlocks tremendous value for the great majority of their user base and creates new opportunities for engagement,” a Trellis statement says. “In addition, the $250 billion U.S. market for car insurance spends over $40 billion on sales and marketing—primarily through lucrative sales commissions that Savvy’s turnkey platform helps partners access and generate. 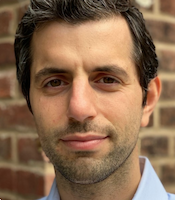 Trellis describes key benefits of its API platform as follows:

Creating a Safer, Simpler Insurance Shopping Experience For Consumers: Consumers used to give up on saving money on car insurance because of the level of effort and the risk of making a mistake. Now, with just the password to their existing insurance, consumers can use Savvy to instantly access final insurance quotes (not just rate estimates) that are guaranteed to match or beat every line of coverage already held. Integrated checkout makes switching as simple as entering a credit card number—Savvy takes care of the rest. If help is needed, customers get free access to a specially-trained team of nationally-licensed insurance advisors—conveniently available over SMS, phone, and email.

Empowering Consumer Businesses to Understand and Serve Their Customers: Savvy enables all kinds of businesses—especially consumer fintech applications—to deepen the financial data and insight they have about their users, and to serve them more broadly. Partners embed Savvy in order to deliver a personalized insurance comparison and optimization experience, which delights end consumers and generates significant new revenue for growth.

Setting a new Standard for Privacy and Security in Insurance: Trellis says its password protects insurance data to provide a layer of security for highly sensitive personal information sometimes neglected by insurers. By allowing policyholders to securely access and share information, Trellis says Savvy not only protects insurers from data breaches, but also enables the integration of insurance into the broader world of personal finance.

“Buying insurance is a complicated process that currently lacks transparency—consumers are tasked with loads of paperwork, fine print, and policy options they may not fully understand or know how to compare,” comments Daniel Demetri, founder and CEO, Trellis. “As a result, many are stuck with policies that are too expensive, and not tailored to their unique needs. We developed Savvy to help consumers better evaluate their options and to ensure they maximize the value and satisfaction they receive. With the updated Savvy platform, we have defined a new gold standard for a streamlined, embedded, end-to-end consumer journey.”

The new Savvy is now available to select consumers across the Midwest and South through an initial partnership with Branch. Trellis plans to expand this partnership nationwide during the coming months and launch similar partnerships with other leading insurance providers.

“At Branch, we’re on a mission to make insurance quicker, easier, and more convenient,” says Steve Reffitt, Head of Agency, Branch. “Demystifying the choices a consumer has to make around their coverage is a key component of doing that well. With Savvy, Trellis helps close the gap with its incredible technology, giving consumers the power to easily compare apples to apples and ultimately find the best price for their policy.”

Trellis characterizes the launch of Savvy’s new functionality as representing a major innovation in the industry, and also providing a “proofpoint” of Trellis’ recent momentum. The company reports that, over the past year, it has doubled its partnerships and currently counts four of the five largest digital-only banks as partners. Trellis also reports significant user growth, with the number of new monthly users nearly tripling over the past six months. In total, more than 6 million users have visited Savvy, and over 650,000 user insurance accounts have been securely connected to Trellis, the company says.