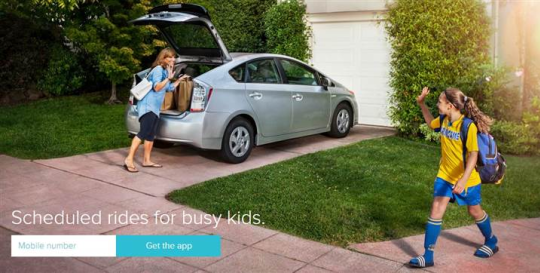 While driverless cars get more headlines, the growth of consumer rideshare options represents the shorter-term advance of the transportation-as-a-service trend, which renders personal auto insurance moot. The announcement last week that Shuddle closed on over $9 million of Series A funding demonstrated that transportation-as-a-service is gaining momentum. It should also serve as a reminder that the auto insurance industry faces multiple sources of premium erosion.

Shuddle’s latest funding round was led by RRE Ventures and enjoyed participation from Comcast Ventures, Forerunner Ventures, Accel Partners and individual investors. The infusion of $9.6 million in this round brings the total capital raised by Shuddle to over $12 million. Shuddle differs from other rideshare services, such as Uber and Lyft, in that it caters to the transportation needs of families.

“With the growth of ridesharing as an economical and environmentally friendly transportation alternative, it seems natural that it will find niche markets to exploit,” comments Jamie Bisker, senior analyst, Aite Group. “This trend also boosts the concept of personalized risk management by using appropriate technology to ameliorate exposures and provide practical information to customers.”

Bisker notes early moves to provide coverage for rideshare customers and drivers from carriers such as Erie Insurance, MetLife and USAA.

The expansion of ridesharing is one of multiple developments that make the medium- and long-term outlook for private passenger auto gloomy, according to Donald Light, director of Celent’s America’s Property/Casualty Practice. Light offers the following examples:

Autonomous vehicles also get the headlines when it comes to the discussion of reducing human error—and thus insurance claims—in ground transportation. However, collision avoidance technology has been reducing risk for decades and is currently evolving very rapidly. While autonomous cars are years away in terms of statistical significance in loss reduction, currently available collision avoidance technologies have the potential to make a difference, Light suggests.

“As one proof point, the industry-sponsored Highway Loss Data Institute has found that Honda Accords with Forward Collision Warning and Lane Departure Warning systems had eye-opening reductions in bodily injury frequency of about 40 percent and in medical payments of about 27 percent,” Light notes.

The advance of the transportation-as-a-service trend represents not only the different consumer demand of younger generations, but also how they are influencing other generations to have greater expectation of convenience while taking a slightly more conservative approach to risk, according to Aite Group’s Bisker. “It’s up to the insurance industry to leverage this as they consider the next generation of insurance products and services,” Bisker says. “These changes represent a genuine opportunity to promote personal risk management concepts into segments that are open to them.” In time, automated vehicular safety features are likely to be regarded as seat belts are today—a necessary adjunct to personal travel that no rational person would fail to employ, Bisker suggests. Transportation-as-a-service is likely to reach a plateau in more populated areas, with a likely second spike as autonomous taxis further reduce costs.

“Insurers will have to deal with the need for new products, while keeping their eye on a future where their auto policies will be reduced in volume, premium and severity due to these trends,” Bisker comments. “Insurance will still be needed, but it must change to reflect the changing realities of the market.”