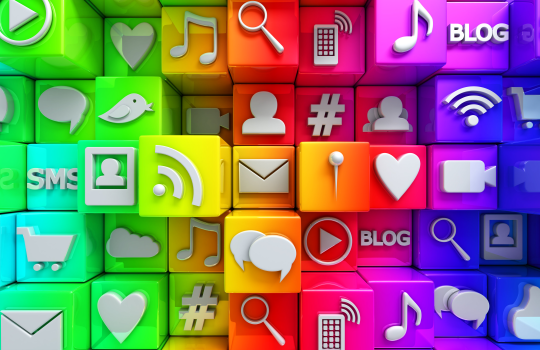 A significant part of my job is talking to people in the industry—analysts, solution providers, and our insurance company readers—and gauging their sense of how the industry is progressing. A conversation with an industry veteran yesterday was a good example. We acknowledged a certain tendency to speak in terms of a dichotomy: that the industry was either doing wonderful things or that it hadn’t gotten anywhere. We agreed that, of course, the latter is not true.

Those of us who have been around a few years—I began reporting on the industry in the year 2000—have seen remarkable changes, even if we allow that the hype is always ahead of the reality, and even if less regulated industries remain a step ahead of insurance in various ways relating to customer experience and technology in general.

We can look at business technology as having gone through the following steps on a qualitative ladder, through the evolution of the Internet as experienced by businesses, consumers and society more broadly:

From Two- to Three-Dimensional Experience and Process

This trajectory is true of the insurance industry specifically, though it may have hit the four marks at different times than other industries. We could also see these points as tracing a trend from a kind of two-dimensional experience to a three-dimensional kind of process and interaction. Put another way, online experiences have gone from being flat to increasingly deep and interpenetrative between the parties on either end of the communication channel.

In heading this discussion, I chose to use the word “cosmetic” for its most general meaning of “superficial,” but the famous metaphor “lipstick on a pig” is luminous in this context. We can take a cumbersome, unattractive back end and slap a pretty front end on it. It may be better than nothing, but the reality of the back end stays the same. True digital transformation goes beyond this superficial alteration, amounting to a transformation of both the back end and the front end, in no small measure through their interaction with each other.

So, when we talk about Digital Insurance Transformation, we are talking about moving up the hierarchy represented in the bullet points above and getting increasingly to a state where we’re ‘Mobilizing Data in a Connected World,’ as the title of our recent webcast put it.

That is a tall order, and for that reason discussions about the digitization of insurance can be anxiety-provoking. It’s no small thing that we’re talking about: realizing the capacity for the front end to communicate with customers in such a way that reaches seamlessly to back-end data and processing, making for a much richer customer—and distributor—experience.

It’s very important to understand that this is very much a journey rather than a destination to be reached or a project completed. Even for the most advanced insurers with the least legacy system burden, it’s going to be a work in progress for the foreseeable future.

It’s a big problem. However, ultimately, it’s a technical problem with a solution. And it’s a solution that will seem more natural as the insurance industry makes further progress on the journey. The reason is that insurance was born to be digital:

Insurance was among the first industries to adopt data processing and to process very large amounts of data. Which makes perfect sense. It makes just as much sense for insurance to eventually emerge as a digital leader, a leading industry in the use of digital technology, both on the front end and the back.

In the meantime, the insurance industry still lags other verticals, and insurers face significant obstacles characteristic of their culture and systems environments. Insurance may yet have its ‘finest hour,’ but before it moves forward into broad, sunlit uplands, it has to conquer a range of constraints.

Some of these are fundamental cultural issues: internal business units organized around products, not customers, and run as fiefdoms where the barons protect their territory. This makes a unified customer experience difficult for a variety of reasons, not least that it makes visualizing and funding enterprise-wide projects difficult.

Partly because of siloed business units, partly because of mergers and acquisitions, insurers’ systems tend to be siloed. Not only are core processing systems separate, but legacy systems were designed to operate separately, not to integrate with others.

The two previous constraints inform the third: insurance companies continue to be structured with the contract or policy at the center of the value chain rather than the customer. The industry has been paying lip service to ‘customer-centricity’ for nearly 20 years now, but it’s a gigantic task, given the above constraints.

Finally, although insurers have always possessed large amounts of internal data—far more than almost any other industry—they have not yet learned to realize data as an asset. Insurers remain relatively “data rich and insight poor,” as the phrase goes. The truth is that building the data analytics skills and capabilities into an insurance organization is a long and difficult process for reasons that complicate each other—organizational constraints influence the establishment of skills and structures, and technical limitations are both conditioned by and condition those constraints.

So, we have a challenging road ahead, but there is reason for great promise. For those interested in a deeper exploration of the topic, the speakers in our recent webcast—Karlyn Carnahan of Celent and Charlie Hanna of Hyland Software—offer detailed commentary of where we are today, as well as visionary insights about where we can get to. If you review the event, you’ll be entertained and will able to take away some very practical insights into how you can act to day to keep moving down the road to digital transformation, improving your customer experience with every step you take.