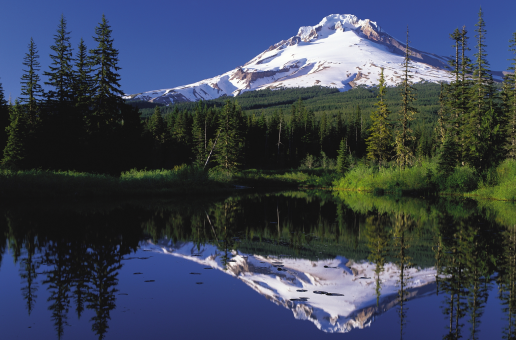 (Mount Hood, pictured reflected in Mirror Lake, is a short drive from downtown Portland, Ore., where The Standard’s headquarters is located. Source: U.S. Department of Transportation.)

Standard Insurance Company (Portland, Ore.) has made two senior appointments to its IT organization. The life insurer named Raghu Valluri VP of IT Solutions Delivery and Greg Chandler VP of IT Enterprise Services, respectively. Raghu Valluri joined The Standard in 2007 as director of IT Development Services. In 2009 he was promoted to assistant VP of IT Business Solutions. Valluri later took on responsibility for software quality assurance and testing in 2011 and enterprise architecture in 2012. He has partnered with business sponsors to deliver new capabilities in support of growth and driven operational improvements in application architecture, development and maintenance, according to a statement from The Standard

Valluri’s previous experience includes responsibility for the global implementation of CRM for sales and marketing at Intel, as well as the development of a global business intelligence competency center at the company.

“Over the past several years, Raghu has emphasized building strong organizations and made significant contributions in modernizing our technology environment,” comments David O’Brien, senior VP, IT, The Standard. “I’m pleased to see his contributions recognized in this way.” Greg Chandler, VP of IT Enterprise Services, The Standard.

Greg Chandler joined The Standard as director of Infrastructure Operations in 2008. In 2009, he was promoted to assistant VP of IT Infrastructure. He has since taken responsibility for supplier management in 2012 and enterprise document management services in 2013.

Before joining The Standard, Chandler held several technical leadership positions at Intel. His past roles as an IT leader include server and network engineering, global IT construction and global IT infrastructure and operations management, where he was responsible for all Intel data centers worldwide.

“During Greg’s tenure he has focused on improving the reliability, currency and security of infrastructure and achieving cost savings from our suppliers,” comments O’Brien. “I’m very pleased to announce this promotion.”