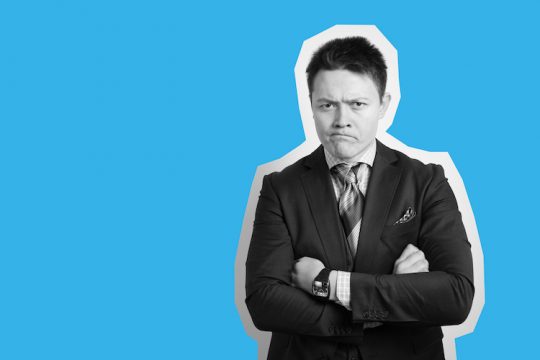 The future of Software-as-a-Service (SaaS) in the insurance industry, even for core systems, is a multi-tenant approach. I’ve written about why before, but the short summary is that multi-tenant systems stay up to date, align with all clients, avoid technical debt, eliminate costly upgrade cycles, enforce configuration best practices, and focus all of a vendor’s development budget on improving the system rather than chasing down custom builds.

The promise of SaaS core systems is a world where insurers leave behind the threat of their modern platform quickly becoming a legacy platform—but the true fulfillment of that promise requires the industry to embrace multi-tenancy.

The problem is that multi-tenant systems are scary. It’s one thing to move to the cloud; it’s another to know that the system you are running is being used simultaneously by other insurers.

But that was the same fear the industry had when cloud computing first came onto the scene. It took over a decade for the industry to flip toward broad acceptance and insistence on cloud computing. In 2018, despite relatively low adoption, Novarica predicted that by 2020 more than 50 percent of new core system licenses would be SaaS, and it turns out to have been an underestimation: Novarica is hearing from vendors that 80 percent or more of this year’s core system deals will be in the cloud. In just two years, the balance finally tipped, ending a decade’s journey from resistance to demand.

The adoption of multi-tenant systems will follow a similar path—what I’d like to call the insurance industry’s “six phases of adopting a scary but beneficial technology.”

Multi-tenant SaaS starts as something insurers actively reject. They will not work with vendors using this approach.

Insurers will accept that some ancillary systems utilize a multi-tenant approach, but they will still refuse it for core systems. (Note that it’s possible during this phase that insurers have accepted it for their ancillary systems only because they haven’t scrutinized those at the same level.)

Small insurers will begin to accept multi-tenant core systems, more because it’s the approach offered by some lower-priced vendors than because of the overall benefits.

Phase 4: Nice to Have

Larger insurers will begin to experiment with multi-tenant core systems, likely with smaller books of business. They will remain wary, but they will recognize that many of the perceived downsides are actually improved in the new model. Insurers won’t choose a new system solely because it uses this infrastructure approach, but IT groups will consider it a “nice to have.”

Phase 5: Prefer to Have

Following the lead of some marquee large insurers, the industry will embrace multi-tenancy. The past risks will now seem like advantages. Insurers will see security and capabilities improved when SaaS is architected using this new approach. Insurers will seek out vendors who provide a multi-tenant environment.

Insurers will require vendors to take a multi-tenant approach. This will become one of the RFI deal-breakers, much like cloud/SaaS has become for many insurers today.

I believe this will be the future, but based on the journey to cloud adoption—once a scary alternative but now the default approach—it’s about a ten-year journey. Right now, the industry is still only in the second phase, utilizing multi-tenant systems like O365 for email and Salesforce for CRM, and is just entering the third phase. One wrinkle is that financial investors prefer multi-tenant SaaS systems (it’s shorthand to them for scalable growth), so any publicly traded core system vendor will feel external pressure from Wall Street to move in that direction sooner rather than later.

The length of this journey is not intended as a critique of insurers. It’s legitimate for an industry to push back on the adoption of new architectural approaches that have yet to be proven in production at scale, but it’s also important to set sights on a future that balances risk with a best practice approach to IT and infrastructure goals.