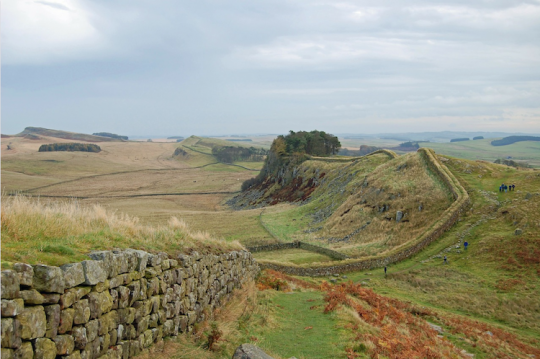 Lesson #1: Even the Biggest Walls Fall (or, in other words, safety is an illusion)

For 8,300 years, the big wall saved the inhabitants of the Seven Kingdoms from the dangers of the North. Safety was self-evident. When danger approached, no one believed it to be a threat because the wall was so mighty, so impossible to overcome. The breach of the wall, and the return of the long night, was simply unimaginable.

In the insurance industry, the “impossible-to-breach wall” kept out any (significant) new market entrants from outside. To enter the industry was, for decades, unthinkable. Insurance CXOs used to mock startup founders without ties or tech-driven companies. They trusted the strength of the wall to keep out any serious competition from breaching into the industry, especially those threatening to siphon off revenue and profits. But, just like in “Game of Thrones,” that assumption proved to be a false sense of security. Of course, instead of the Night King with his Army of the Dead, the insurance wall was brought down by InsurTech startups, tech giants, and to some extent reinsurers, who are all breaching former market entry barriers and flooding into the now unprotected value chain.

Lesson #2: Taking Risks and Making Sacrifices Can Be the Safest Option

After the wall was breached, the Seven Kingdoms faced extinction, forcing the major decision makers (Jon and Sansa commanding the Northern Armies, Daenerys with the Dothraki and Unsullied, Tyrion, Jaime, Theon and the Iron Born, Arya, the rest of the Nights Watch, Brienne, Bran, the Haunt, etc.) to risk everything in order to face the now imminent threat. Despite the fact that the Army of the Dead seemed unstoppable, they joined forces for the greater good, risking political careers, family wealth and, of course, their lives. Rather than ignoring the danger or reacting with a “business as usual approach,” they created an innovative plan guided by bravery and their willingness to sacrifice it all in order to win the impossible Battle of Winterfell.

Today’s insurance industry is up against substantial changes:

If managers stay overwhelmed and outdated skills remain the dominant trait of the insurance workforce, reacting to these changes will be next to impossible. To not only defend the accomplishments of the past, but to use the opportunity of the era we live in, decision-makers need to realize the uniqueness and gravity of the situation—and act. There needs to be concrete action, such as to joining forces, creating unusual plans using new tools, and employing tactics which use the ever-expanding Internet of Things, as opportunities for growth.

The strongest and tallest fighters of the Seven Kingdoms, like Brienne, Edd and the Haunt, united at Winterfell to fight the common enemy. Thousands of brave warriors fought, but, in the end, it was the small Arya Stark who survived, surprising the Night King and sending a knife straight through his heart. This underdog singlehandedly changed the outcome of the entire battle, and maybe the fate of the Seven Kingdoms.

The insurance industry has its fair share of Arya Starks waiting in the shadows, including emerging InsurTech companies, all-in tech giants, and even EU banks opening their data to third parties. Underestimating these potential threats and blindly accepting that the insurance world is safe and controlled could be a fatal error.

Lesson #4: Even the Safest Places Can Become Death Traps

Women, children, and the defenseless (and Tyrion) were brought into the underground crypt during the massive battle for protection. Similarly, the insurance industry often relies on “proven” tools, tactics, and technologies which reinforce the ways “we have always done it.”

In “Game of Thrones,” the seemingly safe crypt becomes a death trap. Similarly, it is likely that a lot of safe strategies and tactics that have made the industry and individual insurance companies successful over the last century could be the very things that contribute to its decline, becoming impossible-to-escape death traps. It is something we have seen in other industries. Remember Blockbuster not buying Netflix for $50 Million?

If insurance companies spend 99 percent of their massive IT budgets (sometimes hundreds of millions or billions) to maintain legacy systems or nurture IT solutions which should have been sunset/replaced years ago instead of investing in developing new tools, technology, and tactics to address the new threat, then things could start to look a lot like the crypt in the Battle of Winterfell.

Lesson #5: Not All Will Unite for the Greater Good

For one moment, it seemed like all of the major players in the Seven Kingdoms would unite against the Army of the Dead, even the self-centered, ruthless Queen Cersei. In the end, she betrayed them all to preserve her army and her power.

There should be no doubt that even when insurance companies are led by bold, visionary leaders who seem ready and willing to join forces (like B3i), there will always be Cerseis lurking in the shadows, pulling back at the last moment in order to focus on short-term wins for themselves.

“Game of Thrones” is, like all other well-made TV shows, a great illustrator of central human conflicts and behaviors, the good, the bad, and, in the show’s case, the violent. While you can find connections between it and today, it’s interesting (and entertaining) to relate it to the often-ignored world of insurance, proving to everyone that, yes, the insurance industry is ready for change. The question is, which army will you join?