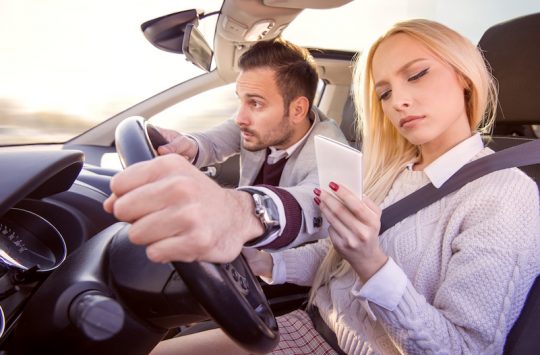 With the ubiquity of smartphones in our everyday lives, we’ve seen a dramatic increase in distracted driving. A sad reality of our world is that many drivers can’t get behind the wheel without continuing to use their smartphones. In fact, 92 percent of U.S. drivers believe that the recent rise in accidents is due to distracted driving (Harris Poll). Even more, recent research from Cambridge Mobile Telematics (CMT) reveals that 75 percent of drivers see other drivers on phones every single day. This dangerous behavior needs to change. In pursuit of a sustainable solution, many insurance companies are turning to the very root of the problem for an answer: the smartphone.

A survey by CMT of U.S. drivers shows that the majority of consumers (73 percent) would like their auto insurance rates to be based on how safely they drive, but only 22 percent of drivers have been offered a behavior-based smartphone telematics program by their insurer. These programs use mobile apps to extract sensor data for gauging driver behavior on contextual speeding, hard acceleration, phone distraction, hard braking, and cornering and provide post-trip feedback to spark improvement and reduce risky behaviors. More importantly, the technology is proven to decrease instances of distracted driving: data from CMT shows that drivers using a smartphone-based telematics program decrease their distracted driving by more than 35 percent on average within 30 days of enrolling in the program, and that this change persists for long periods of time.

In short, smartphone telematics programs are both effective and desired by customers. Some insurers may be concerned about data accuracy and battery efficiency. However, with the advancement in smartphone technology, these concerns have abated: smartphone sensors now work as well or better than traditional OBD-based telematics devices, and the battery impact is typically less than a few percent per hour of driving. In fact, many insurers – including some of the biggest brands in the insurance market—are already reaping significant benefits by deploying smartphone telematics to their customer base. Here are some of the top business drivers for these companies:

Drivers want to become better, and they hate seeing other drivers distracted by their phones. Insurers are in a prime position to help on both fronts, by using smartphone telematics to improve driving and deliver a cure to distracted driving.