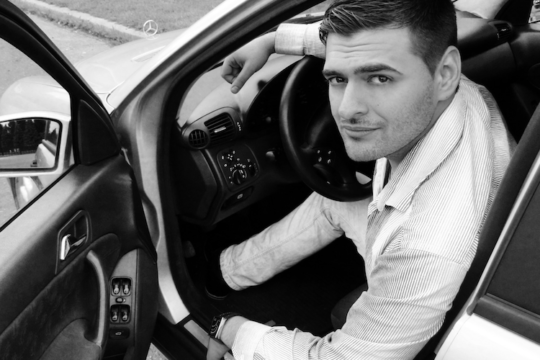 With the likes of California’s Prop 22 law, app-based transportation and delivery companies are able to classify their workers in the state as contractors instead of employees. This is generating controversy about labor protections for the gig economy.

Unions were unable to get the State Supreme Court to hear arguments against the law, but they haven’t given up. In recent days, a group of drivers for apps-based business along with the nearly 200 worker-strong Service Employees International Union filed a lawsuit in a lower court against the constitutionality of the law. Meanwhile Californians, who voted overwhelmingly to approve the law, are having second thoughts as its implications—such as the higher prices they are paying for services for Prop 22-incurred expenses—become clearer.

Add to that editorials in major media outlets opposing the legislation, the lukewarm support for it on the part of those who urged voters to approve it, and the pro-labor attitude of the new administration, and it’s clear that gig employers will, at some point, be required to provide their workers with benefits equal to those of regular salaried employees.

As a result of California’s experience, other states that have been eyeing similar measures are reconsidering; some may end up requiring that companies provide gig workers with benefits. At the very least, drivers who put in full-time hours (40 hours or more a week) would likely be qualified for benefits. Those benefits could include the likes of a minimum wage salary, vacation days, pension plans, and more—none of which gig workers are generally entitled to in the U.S. And it’s not just the U.S: regulators in other countries have already begun taking action, with Canadian food delivery service Foodora shutting operations in the wake of efforts by workers to unionize, after regulators ruled that they “more closely resemble employees than independent contractors.”

Although they are likely to keep pushing Prop 22-type legislation elsewhere as in California, companies with flexible workforces are going to have to implement creative ways to provide workers with benefits, while forging a path to profitability. if they intend to keep their current business models. New tech-driven approaches to insurance are one way that can help these companies comply with new laws without breaking the bank.

The way we work has changed, insurance must too

If companies are required to provide gig workers benefits, they will largely need to tap into new insurance models that are financially viable for covering large workforces without uniform hours on the clock or risk profiles. Currently, gig economy couriers and shared mobility drivers—whether using cars, e-bikes, motorcycles, or e-scooters—are largely required to supply their own driver’s insurance. If they want to be fully protected, Uber’s driver insurance policy, for example, includes a number of caveats that would exclude drivers getting compensated for personal injury or damage. Couriers and drivers who want to ensure that they are fully insured are advised to get their own policies. That’s a situation that would likely change under laws that would reclassify gig workers, at least those working full-time hours, to receive company-issued commercial coverage plans like other traditional full-time employees.

Traditional insurance models for full-time corporate employees, however, constitute a heavy burden on gig companies that already have high expenses and don’t turn profits, as they cover workers’ “private time” off-the-clock and typically base premium pricing on fixed group rates.

By implementing coverage plans that only activate when a worker is actively on the job, companies can provide the benefit required by law in a way that’s more economically sound than traditional insurance and its corresponding premium fees. Using advanced AI and telematics technology, companies operating business through digital platforms can cut insurance costs significantly with usage-based coverage that only activates when workers are on a job. While gig drivers and couriers may work 40 hours a week, those 40 hours are very likely to be unevenly spread over a seven-day week, concentrated at specific hours of the day. The savings can be even greater for companies whose drivers work just part-time, with policies covering just the hours those drivers are on the road.

Innovation in insurance is one way technology can help service companies with gig employees weather the growing storm of regulations and legislation. That change is almost inevitable—but with ever-advancing sensory, location, and big data-based technologies, companies will be able to adapt with the times, and hopefully, thrive.