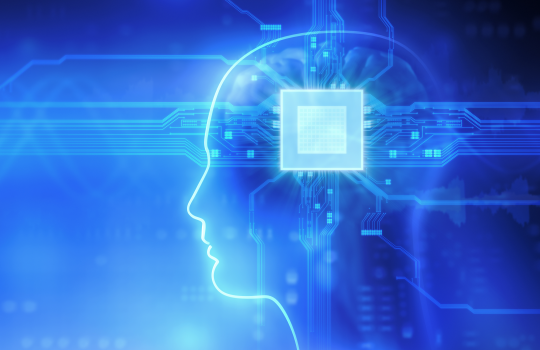 So, let’s face it, I am a geek.  I have had a love affair with everything related to computing since I was in 4th grade. I had a TRS-80 (one of the earliest mass-produced personal computers) that my dad helped me buy. I remember writing a speech program that would have the computer speak words when I typed in a prompt. I was so excited when I showed it to my aunt, who was visiting from Haiti that summer. “Wow dat is nice. Now let me see France,” she said in her broken English, pushing me to dazzle her with a French rendition of the text-to-speech program. Fast forward a mere 3 decades and millions of people carry devices a million times more powerful than my “trash 80” in their back pockets. And, yes, they can now text-to-speak in multiple languages. That’s some serious change!

I am now the CEO of a leading software company focused on transforming insurance underwriting. In the time since our founding in 2006, I have seen a lot of change in this industry. Most recently, the geek in me is getting excited by the advancement of computing capability that may significantly change the role—and even the definition—of an underwriter.

What exactly is an Underwriter?

“An underwriter is a professional that has the ability to understand the risks to which the underwritten object is exposed to. This ability is gained not only through theoretical study but is also the result of years of experience dealing with similar risks and paying claims on those risks.”—The Role of the Underwriter in Insurance, Lionel Macedo, Primer Series on Insurance, Issue 8, The World Bank, 2009

According to The Institutes,

“Underwriting is the process of selecting insureds, pricing coverage, determining insurance policy terms and conditions, and then monitoring the underwriting decisions made. To a large extent, an insurer’s success in achieving its goals depends on the effectiveness of its underwriting.”—Fundamentals of Underwriting, American Institute For Chartered Property Casualty Underwriter, 2012

Until recently, the profession of underwriting has been monopolized by humans who turned some basic training and apprenticeship into life long careers in risk analysis and decisions. The role of machines or computers has been only as a support role in this human-led endeavor.

Today, we can make thousands of risk selection and pricing decisions in seconds. We can review the entire worldwide experience of catastrophes, and make predictions on the potential loss of property. We can leverage thousands of sources of information and data that remove blind spots in risk evaluation at the point of decision. We can turn unstructured information into structured information for processing. We can now read emails to determine context, and use this context to drive process and decision trees. We can use artificial intelligence engines to review photos of a risk and make predictions. We can access huge weather databases to determine the likelihood of a natural disaster in any geographic location. I could keep going for a while but you get the idea. What is interesting is that everything I have just described is now done by a machine. The role of the human underwriter is more dedicated to oversight, teaching and exception handling.

The Imperative to Update the Underwriter Role

What does this mean for the role of the (human) underwriter? Is the definition really the same anymore? EY, a leading consulting firm, believes that the Underwriter of the Future represents a role not yet defined. Nevertheless, there are new insurance companies forming that have to determine whether the traditional underwriter still makes sense for their technology-powered-mobile-first-peer-to-peer-nouveau business model. This should not be a question that only new ventures ponder. I think every insurance company should be thinking about, and actively updating, the role of its underwriters in the next 5-10 years.

Some folks believe we should simply let machines do what they do well and let humans do what they do well. Perhaps this is true, but consider this thought: The only thing we haven’t done is combine all the technological advancements I mentioned earlier (and more) into a sapient human-machine combination (maybe we’ll call him “George”) that completely replaces today’s underwriter. Now, as a geek, let me say, we are not far from seeing “France.”