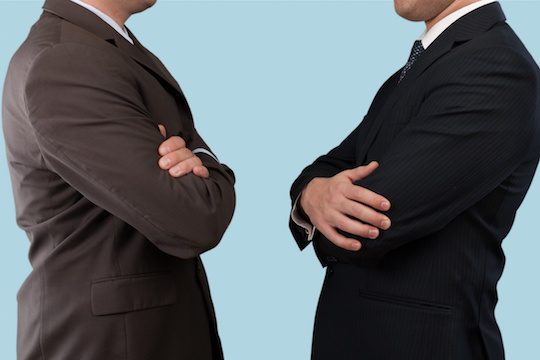 An abundance of legal and regulatory requirements is a fact of life for insurance companies. Compliance can be a challenge, but it doesn’t have to be a detriment. In fact, as times change, the only way consumers will get the coverage they need is if both parties—insurers and regulators—agree to work together.

Providers and regulators have shared goals

Insurance is an extremely important aspect of consumer protection. For homeowner’s providers, like Hippo, it’s especially personal. We are protecting our customer’s biggest asset, and the place where families live and create memories. We aren’t just covering buildings, we are covering people, their valued possessions and the memories they’ve built in their home. And though a private company may promise to assist customers in their time of need, our government designated state-level departments of insurance to ensure that the private company is really fulfilling their responsibilities for consumers.

State regulators have three primary responsibilities: making sure price is adequate so there is support when consumers need it, making sure pricing is not excessive so consumers can afford the protections they need, and making sure rates aren’t unfairly discriminatory so consumers are only paying according to their exposure to risk. In essence, they make sure that insurance products are fair and providers keep their promises to policyholders.

At the end of the day, both providers and regulators want to protect customers. We have a shared goal of spreading risk and providing a safety net without taking advantage. But both parties play very different roles in that process.

Yet the relationship can feel adversarial

Over time, the provider-regulator relationship has shifted. Regulators have seen nefarious providers that seek to take advantage of consumers, and often paint providers with a skeptical broad brush. This has created an environment where providers aren’t always transparent with regulators, which, in turn, makes regulators even less trusting. The onus has always fallen on providers, but many feel that regulators have become too difficult to work.

At times, outcomes can feel more driven by politics than policy. But instead of crafting ways to get around regulators or maintaining the status quo just to pass inspection, the groups should be working together. Regulators aren’t an obstacle or an enemy. They’re a necessary partner. We at Hippo have found that they’re open to effective solutions if you approach the relationship the right way.

For many of the large, incumbent insurance carriers, playing it safe has made it easier to pass regulator checks. They cover a large customer base, selling the same range of adequate, fairly priced products that regulators are comfortable with. This has worked for decades, but consumer lifestyles and coverage needs are changing. We need products that modernize with them.

For example, the standard policy includes insufficient coverage for electronics. Most consumers carry more than that in their backpack. Home offices and short-term rentals are also much more popular than they were in the past. But policies still cover pewter, furs, and stock certificates instead. It’s easier for both providers and regulators to keep policies the same, but if consumer protection is truly the shared goal, it’s time for to review the status quo and update products.

Unfortunately, consumers spend minimal time thinking about their insurance coverage, so many don’t know that they’re missing out on coverage they need until it’s too late. They often think they have coverage that they don’t. Instead of continuing this cycle, insurance professionals can seize an opportunity. By shifting the products to cover features of a modern home, consumers will be better protected against risks they’re actually likely to suffer.

In a perfect world, everyone would have specific pricing for the exact risk that their property faces. If providers and regulators do their job right, we can get close. The more data sets that providers use, the more accurate policies become. As data becomes easier and cheaper to access, we can create more comprehensive at a more accurate and personal price. Of course it isn’t just about creating a better, more modern product. The true success is creating a better, more modern product that will pass regulation.

To start, providers need to change their mindset. The blissful period of stagnant policies is coming to a close. Once providers realize that coverage needs to modernize, they have to determine how they plan to do that—whether it’s by replacing outdated coverages or encouraging consumers to utilize modern tools that reduce risk. Then, they can discuss the steps to making that happen with regulators, who will have to make changes of their own to give their state’s customers access to the best products.

Regulators are coverage experts and working with them can add value providers may not have on their own. This also makes things easier down the line. Working in a vacuum requires some guesswork. Providers will have to ask themselves what they think regulators will respond best to. But by working together in an open dialogue, providers won’t waste their time on products or policies that would later by rejected by regulators. We’ll achieve better results by inviting regulators to be part of the modernization process.

What comes first: the data or the product?

In modernizing insurance products, unique challenges present themselves. The biggest one is proving results or mitigation of risk on offerings that don’t exist yet. Providers don’t have the data they need to show regulators that their new coverage will result in a certain number of claims. But the regulators need data to approve a new product offering.

For instance, IoT devices are becoming very popular. They can help limit loss by telling homeowners when something in the house is askew. However, we don’t know how much that will actually reduce loss yet. This makes it hard for regulators to approve lower premiums for IoT device owners. Providers need to create their best estimates and show regulators what they believe the outcome will be, caveating that they can work together to modify the cost or product over time. Regulators then need to make assumptions along with providers and keep a close eye on the effects.

Of course, there are more than 50 different departments of insurance in the U.S. Different states and territories have different degrees of cooperativeness regarding new products. Some are more traditional and want to get more familiar with modern technologies before they change their regulations. Others are much more willing to work directly with modern providers to make assumptions and embrace the chances the industry is facing. It may be best to start in those places and prove effectiveness before making changes in states with regulators that aren’t as willing to adapt.

For modern consumers to get the coverage they need, both sides of the relationship will need to put in some hard work. Providers need to be more forward-thinking and innovative with their offerings, and regulators need to be willing to make assumptions. It can be hard for insurance professionals to embrace risk, but we have to start somewhere. Modern consumers depend on it. If large, incumbent carriers aren’t willing to put in the work, more consumers will take their business to newer providers that do.

Putting the Insurance Back in InsurTech: Three Mistakes Startups Make