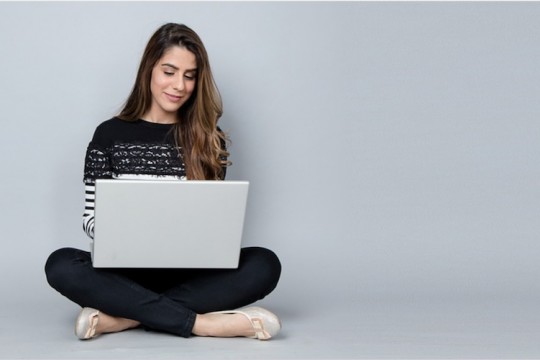 It’s said that the leopard never changes its spots, but is this true of life insurance companies? They’re good at selling through traditional forms of distribution, but there is a large pool of younger customer prospects that must not be overlooked. This is where digital distribution comes in—digitizing the whole process end-to-end, from improving the sales process through to identifying new target audiences. But how can this actually work in practice? And what are the barriers for life insurance firms?

Digital distribution is often conceived of too narrowly—something akin to “we’ll market via social media,” with little thought behind it. In reality, digital capabilities have multiple applications across the entire sales process.

First, there is the question of introducing new customers into the sales process—making prospects aware, interested, and getting them to the door. The insurance industry has a significant opportunity here to supplement its traditional reliance on agents and intermediaries with direct-to-customer marketing through a variety of online engagement approaches. But rather than this being a one-off initiative, long-term success depends on creating a virtuous cycle. Any company that moves into digital sales and marketing will find themselves with an influx of new data. This needs to be stored, analyzed and used in a sophisticated way to inform future marketing, in terms of whom to target, as well as how and when to target them. It needs to be an ongoing process.

Secondly, there’s the sales process itself, which is still fairly archaic and often involves reams of paperwork that typically includes what is, from the customer’s point of view, is an incomprehensible level of irrelevant-seeming detail. Embracing digital distribution means giving new customers the ability to sign up to a policy in around five minutes maximum via a simple, slick and intuitive mobile app that doesn’t overload the user with information.

Third—and most frequently overlooked—is the role digital can play in engaging, retaining and upselling to existing customers, those who are already through the door. One example of this is what is sometimes called “reciprocal intelligence,” whereby instead of the data flow being entirely one-way (from customer to company), the insurer gives something back. For instance, if a consumer is using wearable apps to monitor their fitness levels for a policy, the insurer should provide information back to them. If their average resting heart rate has improved, or about the level of subsequent health risk that comes with certain lifestyles.

The main misconception with digital distribution is that it’s all about replacing traditional marketing. In reality, it’s an opportunity to supplement the more traditional approaches and start to tap into an entirely new set of customers. The more traditional, agency-based model does still works well at engaging and selling to the type of customer it has always favored– the asset-rich households. However this pool of revenue is shrinking, and younger, less financially secure generations are far less inclined to purchase insurance through traditional channels. It is in reaching this relatively untapped pool of customers—and thus growing the overall pool of potential revenues—that digital distribution will come into its own.

What About Channel Conflict?

Another misconception is that digital distribution brings channel conflict. A few years ago, this was a dominating fear, and the main reason behind a lot of insurers’ reluctance to adopt direct, digital models. But the fear was largely based on the misconception that both strategies would be targeting the same audience. This isn’t the case. On the contrary, embracing the digital side can make the traditional component more efficient and effective. The data and insights generated on the digital side can be used to inform and improve marketing and outreach on the traditional side in a way that was too prohibitively expensive before. There’s more synergy than conflict.

But of course, there are challenges for life insurance carriers looking to digitize. First is the question of technology and infrastructure, of making the investment required to ensure the company has the means to execute these quite unfamiliar, data-heavy digital strategies—whether that be through replacing or upgrading in-house systems, or through partnering with third-party technology firms.

Bridging the Talent and Culture Gap

There is also the question of talent and company culture. Fully embracing digital means processing large amounts of data, and then knowing how to use it to maximum effect. This will require hiring people who are tech-savvy and know how to navigate, for instance, social media, or data analytics. The skills and aptitudes involved are quite alien to many insurance firms and it will involve hiring new types of employees at all levels. Any insurance firm that wants to do it entirely in-house will have to, to some extent, become a tech firm—and that’s a big cultural leap. There’s also the inconvenient fact that insurance is not exactly the first sector that younger tech wizards think of when deciding on a career; firms will need to think about how to make themselves appealing to this kind of talent, and bridge the gap.

And there is also the matter of digital distribution impacting the carriers’ risk profile. The main hazard from a risk perspective is the loss of the human judgement element when bringing new customers onboard. The digital approach is about automation and volume—what comes through the door is a set of data points. There isn’t an agent talking to the customer, getting to know them in a more rounded way.

This is far from an insurmountable problem, but it does introduce the potential for new risks coming on board to not be screened as well as they would be via the traditional approach. It means learning new ways to screen for risks. The main things an insurer needs to understand about new customers are their financial status, their health, and whether they truly need the product in question. This has to be done differently to simply relying on the expert judgement of agents—any digital onboarding process needs to incorporate a way of both capturing and assessing this information in a reliable fashion.

This further underscores the point that digital and traditional should be seen as complementary rather than mutually exclusive—ultimately a human element will always be needed to address this type of risk. The key is finding a way to integrate the two together, to ensure there’s an aspect of human intelligence and judgement built in.

As life insurers begin starting to embrace digitization, some carriers want to build their own digital capabilities but recognize they don’t know where to start, and so they bring in a tech firm to advise. Other insurers are partnering with tech firms to outsource the function. In these cases, the InsurTech firm gets “bolted on” to the insurance company, bringing its own talent and essentially acting as that company’s digital department.

The relationship between traditional insurers and smaller InsurTech outfits has changed considerably over the last couple of years. Whereas many insurers initially thought they’d be competing directly against a new generation of disruptive fintech startups, a far more collaborative dynamic has now emerged. This makes a lot of sense: the two sectors bring very different-yet-complementary skills and capabilities to the table, and have advantages with different markets and consumer audiences.

Life insurers’ traditional revenue pool does have some life in it yet. But firms who are not just looking to survive but to thrive, at the very least need to understand their customers betters by staying abreast of trends in consumer behavior and what they mean for their systems and capabilities.

Not every insurer must take the direct-to-customer route, but all must adapt in order to unlock the efficiencies that digital can enable, and thus also meet contemporary consumer expectations. Relying on traditional messages and systems limits an insurer’s potential market, and will eventually result in their becoming obsolete entirely. Digital distribution is just one aspect of the ongoing modernization of the insurance industry which is, in the long run, inevitable. Those that don’t adapt will be left behind.