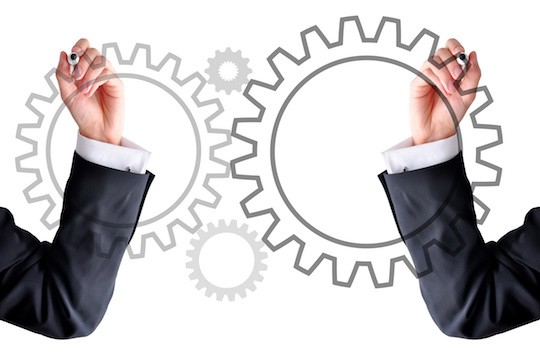 The laws of nature dictate that what goes up must come down—and it isn’t true just in old Roadrunner cartoons. For years, the insurance industry was flush with cash from underwriting profits and investment returns, making high numbers of insurance technology (InsurTech) deals seem like a sustainable norm. However, with the crash of 2008 it became clear that some financial services firms were not “too big to fail,” and now Wall Street faces further an uncertain post-election fate. This leaves the typical consumer considering stuffing money in mattresses, and a lack of trust in the market means fewer investments and belt tightening across industries, making mergers and acquisitions (M&A) the deal du jour, including for the insurance technology market.

In this year alone, Microsoft snapped up LinkedIn for a cool $28 billion, Marriott acquired Starwood, and Sherwin-Williams took over Valspar. However, this hasn’t been entirely universal. Evan Spiegel of Snapchat famously turned down Facebook CEO Mark Zuckerberg’s offer of $3 billion, and in the insurance world, the Securities and Exchange Commission (SEC) put a permanent stop to the ongoing love affair between Aetna and Humana, who are now retaliating against government regulators by pulling out of state insurance exchanges around the country.

In the insurance technology industry, acceleration of the M&A trend is not necessarily negative. The space has long been overcrowded, especially when it comes to traditional InsurTech, or “maturetech” as Mark Breading of industry analyst firm SMA recently branded this category. Today, there just aren’t enough high value system/solution deals happening to sustain the ecosystem or achieve any kind of meaningful organic growth. With sales cycles lingering at a minimum safe distance of eight to 10 months, some vendors just can’t stay the course. Cue more mergers and acquisitions, such as Guidewire buying EagleEye Analytics and FirstBest, Insurity purchasing Oceanwide and Tropics, and Majesco rolling up some combination of Cover-All (who had previously acquired BlueWave and Moore Stephens) and Agile Technologies.

It is a lot to take in, and should, understandably, be making many insurers very nervous. Why? Because whether it’s a vendor swallowing a smaller competitor and sunsetting old systems, or a solution provider simply acquiring more modern functionality instead of building it, mergers and acquisitions often leave insurers with disparate systems, a lack of informed support staff, and new pricing models. Fortunately, there are steps to be taken and plans which can be put in place to protect against the “dark side” of the M&A trend.

As noted, not all insurance technology M&A will adversely affect carrier customers. Often, customers of merging companies are informed before the press release goes out, and when that happens, it is important to take proactive steps to determine the impact to an existing IT portfolio. Culture is often the first thing that should be examined. Ask around among industry peers, influencers, analysts, and any customers of the acquirer to find out, “Does the acquiring company understand the needs of the customer base of the vendor/solution being acquired?” And, “How do service levels and pricing models line up between two companies being merged?” Additionally, it’s important to find out the reason behind the acquisition as soon as possible to know whether this is a play for new functionality, an opportunity to add to an existing customer base, or a complete conquest over a competitor. These simple questions will begin to expose cultural differences between the old and new, and could help determine if a contingency plan may need to be explored.

Depending on the answers to these questions, it’s possible a backup plan will need to be put in place. But before that happens, carriers must gather all the needed ammunition or information. If the original contract with a vendor was negotiated and executed responsibly, the existing service level agreement (SLA) should serve as a safety net of sorts. By outlining roles and responsibilities, SLAs help ensure that if the originally purchased solution is ever acquired or planned for sunsetting, that adequate time will be allowed before discontinuation of service and support for insurer customers to transition to another solution or for the source code to be shared. Keeping these kinds of situations in mind during any purchasing decision is always prudent, and may naturally lean insurers in the direction of cloud solutions which will allow for greater upgradeability, scalability, transition from one system to another, and which will eliminate any need for a painful rip and replace down the road. Proactive planning and the creation of APIs will also create opportunities for integration and keep any insurer’s environment agile.

Insurers caught off guard by M&A can still be prepared if they’ve done their homework upfront. Engaging in regular reviews of the company’s IT portfolio are prudent to ensure minimal overlaps in functionality and maximum opportunities for integration and collaboration. By streamlining the IT environment and eliminating duplicate systems, insurers can home in on truly mission-critical technologies. When the insurer’s IT lead can clearly illustrate which system or solution does what, it is easier to know what specific functionality must be replaced in the case of detrimental M&A activity. Having a backup plan ensures a situation where plug and play, not rip and replace, is the order of the day. Additionally, insurers should constantly be making investments in internal IT talent with modern skills and problem-solving abilities. Designate a few key power users to each system or solution within the IT portfolio to make certain someone has the inside track on the solution provider’s roadmap, and on which competitors may be most likely to be able to step up to the plate in the case of an unfavorable acquisition.

M&A in the insurance industry is not unusual these days, and many executives in the space will have been through one before, for better or worse. While optimism typically rules the day, those who have been burned before will be more likely to keep one eye constantly peeled for warning signs. Keeping lines of communication open and strong relationships in place with important vendors will help, but regular system and service level check-ups are also necessary. Finally, it’s always a good idea to play the field and to not get tied down to any one solution provider for all critical needs or functionality. Avoiding exclusive vendor or solution provider relationships means there are always options.