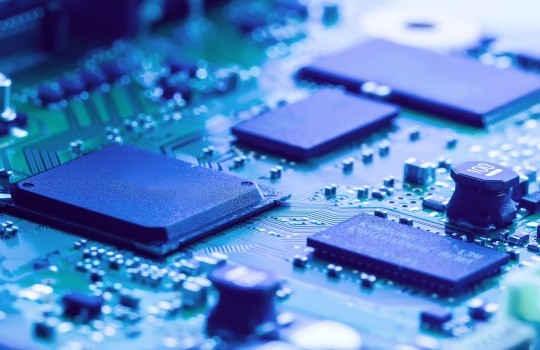 In today’s property/casualty insurance industry, knowledge workers may feel they’re being buried in an avalanche of data. Traditional core systems are capable of storing countless, disparate pieces of important information, but this information can be difficult to retrieve and analyze. In order to make accurate decisions in a competitive, fast-paced market, insurers require data that is timely, easily accessible and actionable.

Thanks to advances in technology, the core system of the future will address all these needs, allowing employees to focus on strategic work versus more administrative tasks—and ultimately drive better outcomes for insurers and policyholders alike.

The core system of the future will optimize the following related attributes: intelligently consolidate data in a single “hub” for employees; continuously monitor policies, claims and submissions in real time and embed advice on actions that should be taken; and, finally, automate repetitive tasks. What’s more, the system will become “smarter” as it is enriched with more data, thanks to artificial intelligence.

Core systems today feature robust data storage, but that digital pile of information can be hard to surface and analyze when insurers need it most: in real time, in the context of the business process. That’s because employees routinely have to log into separate third-party systems just to collect and aggregate data. As a result, they sometimes make decisions about claims and policies with incomplete information.

There is evidence that current core systems have already begun to consolidate data from multiple sources into one central “hub” for employees for easy access. But the core system of the future will not only surface key information in real time; it will also leverage a massive amount of data to continuously monitor the condition of claims, policies, and submissions.

Also, as technology evolves, insurers will be able to easily add third-party integrations to their core system, following a seamless “plug and play” model— the same way we now add apps to smartphones—making the system even more robust.

As the system takes in more and more data, it will “learn” about an insurer’s everyday workflow. For example, it will be able to recognize standard services and reliable vendors. At this stage, the system will begin to act as a trusted advisor, capable of flagging any cases or customers that require attention.

As a result, key insights about claims and policies will be available in the moment, allowing insurers to make better decisions quickly. For example, the claims adjuster will be alerted the moment that the characteristics of a claim indicate that it high risk for litigation. This analytics-driven insight enables the adjuster to take proactive action to ensure that a fair outcome is achieved for all parties involved before the situation escalates.

As the core system of the future builds on itself, it will become increasingly valuable. For example, the system will learn to automate routine tasks that don’t require a human touch—such as approving low-value invoices from trusted vendors for standard services.

In more complex situations, the system will apply advanced data analysis and either make a recommendation or route the case to an experienced adjuster, all within a few minutes. This will boost efficiency, as insurance employees currently spend an inordinate amount of time performing administrative or repetitive tasks, at the expense of applying their expertise to more complex cases.

In a more ambitious future scenario, the system will create a claim before it gets reported or prevent losses before a catastrophe strikes. Far from being a passive data processor, the system will serve as a proactive virtual team member that helps steer the best outcomes.

At this stage, the core system acts as a kind of “super assistant” that helps insurers to make smart business decisions, both in the moment and in the future. Instead of dictating rules and actions in a one-way conversation, insurers will be able to engage with the system in a two-way dialogue.

The core system of the future will leverage robust data that’s centralized for easy access, analysis, and action. Taken together, the characteristics of this system—data consolidation, real-time analytics, and automation—will add up to more than the sum of their parts. Working collectively, the optimized system will boost productivity and enable better decisions to be made earlier in the process. For their part, vendors and customers will be happy with the end result: faster, more efficient service.