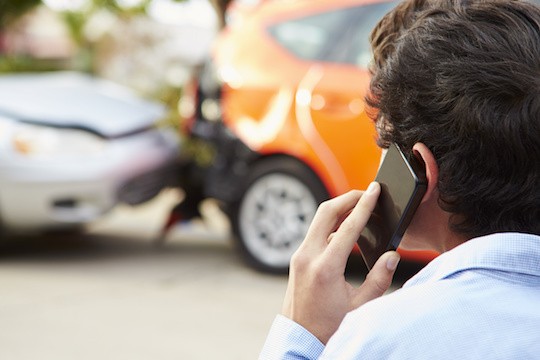 Competition in property and casualty is fierce. Advertising spending is on the increase, consumers perceive insurance as a commodity product, premiums are declining, and loss costs are up. In light of these challenges to profitability, some insurers are going back to what they’ve always done under such circumstances: cost control.

The risk, of course, is that cost cutting can drive down customer satisfaction, especially as consumers become more sophisticated and demanding about their expectations. With the right technology, however, insurers can find new ways to create operational efficiencies and superior experiences where they matter most to customers: during the claims process.

Let’s start with a look at some recent research. For homeowners filing property insurance claims, customer satisfaction is at an all-time high despite dipping significantly in 2016, according to the J.D. Power 2017 U.S. Property Claims Satisfaction Study.

Separately, Generation Y—those born between 1977 and ’94 (aka Millennials)—represented 40 percent of auto claimants in 2016, up from 33 percent the prior year. This tech-savvy generation has overtaken Baby Boomers, previously the largest generational group, in terms of sheer numbers. According to the 2016 U.S. Auto Claims Satisfaction Study, released in October of 2016, Generation Y is the least satisfied with the auto claims experience of any generational group.

Claims organizations should read these reports in their entirety and ask themselves some hard questions. In the meantime, here are a few observations about how digital insurers can provide a true win/win in the claims domain.

First, the good news: Among homeowners filing property insurance claims, customer satisfaction is at an all-time high driven by improvements in the settlement factor, which comprises the fairness of the settlement amount, the estimation process, and service interaction. Customer retention, however, remains a challenge.

According to the report, 90 percent of highly-satisfied claimants, those reporting scores between 750 and 899 on a 1,000-point scale, said they would definitely renew their homeowner’s policy and recommend their insurer, according to J.D. Power. But that means—even under the best of circumstances—10 percent are up for grabs.

For complex claims and those that indicate a significant lifestyle disruption, slow resolution was the primary driver among those reporting lower satisfaction. Insurers that manage the settlement process and customer interaction equation correctly under those challenging circumstances raise the bar for the industry, according to Greg Hoeg, VP of U.S. insurance operations at J.D. Power.

“Following the significant declines in customer satisfaction found in the 2016 study, property and casualty insurers have redoubled their efforts to improve the settlement process and fine-tune their customer interactions, efforts that have been clearly recognized and appreciated by homeowners who experienced significant losses this past year,” he noted.

When it comes to auto insurance claims, customer satisfaction also is on the rise due, in part, to insurers’ increasing use of digital communications methods. Interestingly, the least satisfied of any generational group, and the largest, is Generation Y.

Part of the explanation is that Gen Ys are “digital natives.” They don’t remember a time before computers, the Internet, and email. They naturally expect to use digital communications to speed their claims along. According to J.D. Power, the use of technology to check the status of a claim increased by 5 percentage points to 42 percent of claimants compared to last year; email and online updates have each increased by 2 percentage points from last year to 27 percent and 17 percent respectively.

Let’s not kid ourselves, though. There’s still plenty of room for improvement. Even today, fewer than half of insurers are offering these foundational digital channels for claims management, according to J.D. Power.

The Importance of Human Touch

Customers’ desire to use technology for claims management and other tasks will only increase. At the same time, human contact during the process continues to be an important part of a positive customer experience. Perhaps most surprising is that only 10 percent of Generation Y said they preferred to report their auto claims via digital methods, compared to 7 percent overall. And 80 percent of customers who bought their policy through an agent prefer to call their agent to report or seek advice on a claim.

Consider these other findings from the report:

Apparently even the most digitally-savvy customers still want an agent to help guide them through the claims process, and they don’t want to be bounced around.

Know Your Customer and Speak with One Voice

Customers’ desire to use digital communications methods while resolving a claim is understandable; it’s the norm everywhere else they do business. But offering them an app or a digital front end to submit a claim is counter-productive—almost a disservice—if digital capabilities aren’t also accelerating internal processes, centralizing customer data and resolving claims faster.

One of the most important ways that insurers can offer a better customer experience is by demonstrating that you know the customer. That may sound simple enough, but not all contemporary claims systems offer the ability to capture in a single place a wide-and-deep set of data associated with a customer—data sourced both internally and externally.

The most modern and effective claims solutions give customer service representatives, adjusters, and authorized users a 360-degree view of the customer to more fully understand the relationship the claimant has with the carrier. Not just their name and the date the claim was filed, but also how many claims they have on record, or the fact that they have multiple policies, for example. If there are family members, spouses or adult children with policies of their own, authorized users can see a link to those policyholders as well, which helps them to immediately grasp the potential value of that customer relationship. Body shops, doctors and others involved in resolving the claim also are displayed.

The key capability of this sort of modern system, for both insurers and insureds, is this: a single point of truth. Claims representatives never have to leave the system or forward a call due to a lack of information; plus, it enables updates—such as a new address—to flow through to all connected systems. Every authorized person within the carrier can have access to that central, correct, and current information and then take action from it.

Claims are emotional events. They introduce hardship and, at the very least, inconvenience into customers’ lives. It follows then that the best way to increase customer satisfaction is to resolve the claim as quickly and professionally as possible. And that’s true whether your customer submits the claim via a mobile phone app, dials your call center, or files the claim online.

Regardless of how the claim is initiated, resolutions must be fast, starting with the right people being automatically notified at the right time. The ability to automatically generate and assign the tasks necessary to close a claim takes the slack out of chains of events, reduces roadblocks, and helps your customers get back on the road or back in their homes as quickly as possible. That’s a positive customer experience.

They don’t call claims “the moment of truth” for no reason. With the right platform, insurers can deliver on a policy’s promise and get their customers back to normalcy quickly. An experience that will be remembered when the next premium notice comes around.