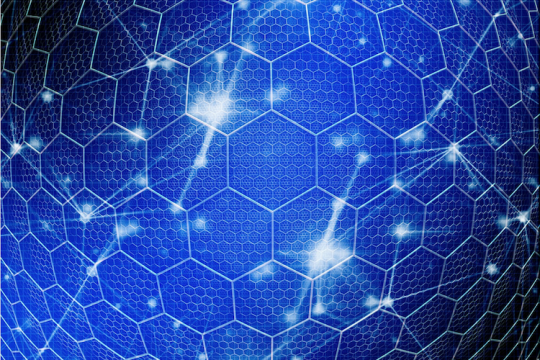 If you’re a certain age—as in your adulthood occurred before the Internet became ubiquitous—it’s easy to remember the time and effort involved in even the simplest financial transactions; for example, paying monthly bills via snail mail. Online banking has streamlined this process significantly; however, it still takes a day or sometimes more for the last leg of the transaction to complete. That is, for transactions to move from a pending state to being finalized at a financial institution.

Imagine, however, if there were a mechanism that finalized this last step instantly for personal transactions. Now, imagine if such an “instant settlement” capability could be extended to more complex financial transactions like buying a car or a house. Finally, imagine extending this capability beyond financial transactions, which record and track currency, to areas that record and track information or assets, like manufacturing, insurance, legal, government and more.

Blockchain technology has the potential to make this a reality.

In any business transaction involving a transfer of an asset (physical or virtual), there is a minimum of two parties involved. In addition to transferring the asset, each party typically records this transaction in their local records, usually represented as a physical or digital “ledger.” In most cases, a third intermediary, e.g., a government entity in the case of a car sale, documents this transaction in its internal records. All parties have to record and receive validation prior to the transaction being finalized.

The process created as a result of each party maintaining its independent copy of a single transaction creates several challenges:

Blockchain provides a solution that will eliminate this constraint in current business processes and flows.

Blockchain strikes at the heart of these problems by providing a peer-to-peer collective bookkeeping solution, or a “shared ledger.”

Participants first agree to join a Blockchain network and comply with a clear set of rules, which defines their responsibilities and rights for the collective management of the shared ledger. Once initiated, each transaction processed through the blockchain network is stored as data in the shared ledger – in units called “blocks” that are linked together to form a “chain.” Blocks record and confirm the time and sequence of transactions, which are then logged into the blockchain governed by the rules agreed upon by the network participants. This data is instantly available to all participants on the Blockchain network.

Improving the speed and accuracy of business transactions are the most apparent benefits of this approach. However, there are other benefits derived from utilizing a Blockchain architecture. First, there are significant cost savings from eliminating multiple independent local copies and centralizing the information. Second, Blockchain’s ability to eliminate data errors results in less infrastructure, maintenance, reconciliation and error recovery efforts. And third, transactions are less vulnerable because Blockchain uses consensus models to validate information. Transactions are secure, authenticated, and verifiable.

In addition to providing the advantages of a shared ledger, Blockchain also introduces another unique concept, called “Smart Contracts” that vastly streamlines the overall process. Each business transaction defined in the network can also be associated with a set of rules that continually checks the ongoing validity of the transaction. If conditions change to invalidate the prior recorded transaction, or if the transaction meets certain pre-defined conditions, then a set of prescribed actions can be triggered automatically. For example, a smart contract may define the terms and conditions of an auto insurance policy, which can automatically trigger an instant refund amount to the customer if no claims were made during the period.

Companies across almost all domains have started researching and adopting solutions based on Blockchain technology at a rapid pace. Though still nascent, the interest parallels that observed in some other now revolutionary technologies, like the Internet or the Cloud. The examples below are illustrative of this early adoption.

The most popular implementation of Blockchain is Bitcoin. Given the press that Bitcoin has received, it’s not surprising that most people think of Bitcoin and Blockchain as the same thing. They are not. An analogous way to think about it is in relation to Amazon: Amazon (vendor) uses the Internet (underlying technology) for eCommerce (specific domain); Bitcoin (vendor) uses blockchain (underlying technology) for cryptocurrency (specific domain).

The technical and economic benefits of Bitcoin enticed the finance industry into being an early adopter of this technology. In particular, the banking sector has been actively pursuing Blockchain applications to improve loan issuances, settlement processes, develop unique loyalty and rewards programs and implement digital wallets.

Streamlining supply chains is another popular use of this technology with adopters across multiple industries exploring opportunities to improve transaction transparency and operational processes. Retailers, for example, would like to provide their more savvy and demanding consumers visibility into the full procurement process of a product on the shelf. For example, a consumer might want to know the source and journey of the meat, fruit or vegetable product they are purchasing.

Blockchain has the potential to be a radical force in the insurance space. Many of the features provided by this technology—faster turnaround times for financial transactions, better auditing of changes, enhanced security, and most importantly the feature of “smart transactions” all point to a trailblazing technology for insurance.

The accelerated advancements in the field of artificial intelligence (AI) and the explosion of the Internet of Things (IoT) devices will hasten the need for Blockchain’s adoption. AI-based algorithms should greatly improve the sophistication built into smart contracts, creating benefits like better data analysis and faster transaction turnaround times as compared to manual processing. The exponentially larger data volumes generated by IoT devices will render scalability problematic using current solutions. Insurers could soon find themselves at a competitive disadvantage without a Blockchain adoption strategy.

There are multiple options on the conservative-to-innovative spectrum for an insurer to choose as its adoption path. A conservative approach would be to implement the transformation to Blockchain incrementally. For example, an insurer could start by initially utilizing external Blockchain solutions provided by other vendors to limit the impact of changes to only their platform integration points. Next, the insurer could identify specific areas within the overall business flow—claims management, collections and auditing—and sequence their conversion by function. Finally, since the Blockchain model could be used for the entire policy management lifecycle, actions performed over a policy’s lifecycle could all potentially be modeled as rules within smart transactions and run automatically, reducing human intervention to an exception-only basis. Depending on their appetite for change, an insurer could use any combination of these options on their Blockchain journey.

Blockchain is a disruptive technology that insurance companies will have to reckon with. Research and development of solutions using this technology are proceeding at a swift pace in companies across many industries. It is a field that is ripe for modernization and for a breakthrough or product that could be a game changer. In such a scenario, the insurance industry may not have much time to adopt this technology and retain a competitive advantage successfully. That’s why it’s imperative that every insurance company has a Blockchain game plan—and the sooner, the better. Part two of this article will focus on creating an actionable Blockchain strategy for insurers.

Blockchain in Insurance Initiatives Focus on Exploration and Learning