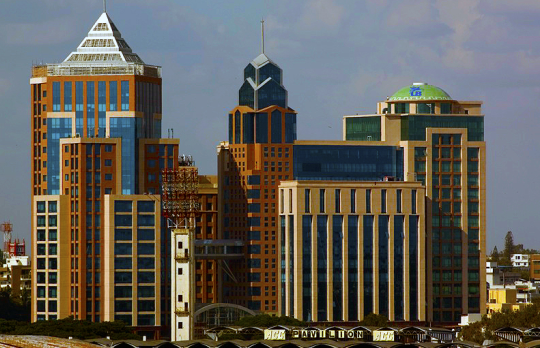 Under the terms of the agreement, Blackstone has agreed to purchase at least 84 percent of HPE’s stake in Mphasis for INR 430 per share. Blackstone will purchase the maximum amount of the remaining 16 percent stake that is permitted by Indian securities laws and subject to the outcome of a mandatory tender offer between signing and closing. At the proposed price, HPE’s stake is valued at approximately $825 million. The transaction is expected to close in the second half of fiscal 2016, subject to agreed closing conditions.

“Strategic clarity is always good for value creation. Having Mphasis as an independent company serving HPE on an equal basis with its other customers should give them greater flexibility than trying to align with HPE on other strategic axes,” comments Matthew Josefowicz, president and CEO of Boston-based research and advisory firm Novarica.

HPE reports that its decision to exit its equity position in Mphasis aligns with its current capital allocation priorities, and  the agreement is not expected to have any adverse impact on HPE’s ongoing commercial relationship with the company. In fact, HPE plans to renew the current master services agreement (MSA) with Mphasis for another five years in connection with this transaction.

Pending approval by Mphasis’ Board of Directors and shareholders the MSA with HPE would have a duration of five years with three automatic renewals of two years each, according to an Mphasis source. Under the MSA, HPE has proposed to commit a minimum revenue amount escalating year over year and totaling $990 million over the next five years. Also, Mphasis will be included in HPE’s Preferred Provider Program opening up significant additional revenue opportunities.

“While our financial relationship is changing, the business and commercial relationship with Mphasis remains an important part of our service delivery strategy,” comments Mike Nefkens, EVP and GM of HPE Enterprise Services. “We remain committed to our strategic partnership with Mphasis and to providing our customers with the high level of service and support they expect from HPE.” One quarter of Mphasis’ revenue currently comes from HPE, which has been experiencing a decline of 19 to 21 percent, according to Mphasis CEO Ganesh Ayyar. “This potential MSA brings a much needed breakthrough in relationship and growth potential to this business,” he comments.

Another 50 percent of Mphasis’ revenue comes from its Direct Core Business, which consists of open market activity excluding revenues from Digital Risk, a Florida-based company Mphasis acquired in 2012. The Direct Core business has been growing at a rate of 14 percent and has a potential new growth stream in the form of portfolio companies of Blackstone, in a addressable market of roughly $1 billion, Ayyar reports.

“Based on our ability to realize this potential, this partnership can elevate Mphasis to the top quadrant of growth and value in this industry over the coming years,” Ayyar says.