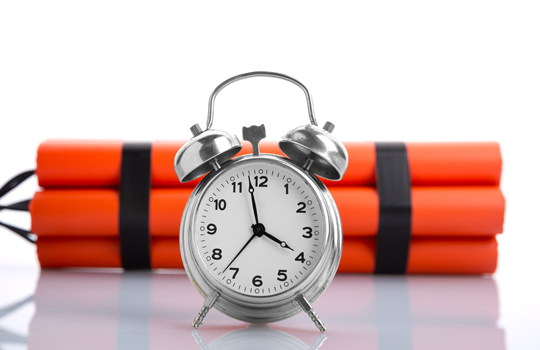 January 1, 2015 is only 90 days away and healthcare insurers need to comply with the ACA’s new definition of out-of-pocket expenses. The new definition creates a single maximum amount for all out-of-pocket healthcare expenses, even if these expenses were not covered as part of the carrier’s provided plan. Most insurers enjoyed a 12-month extension through 2014, yet a lack of clarity still surrounding the mandate has left health insurers ill-prepared to accumulate these disparate expenses and ramp up technology, data sharing, clearinghouses, and integration in time to comply with the deadline.

What makes this more difficult than similar mandates?

The new ACA out-of-pocket expenses mandate crosses far more barriers to data aggregation than most. When companies were asked to accumulate deductible data between health and pharmaceutical data in their own plans, it was simply a matter of a company connecting their own systems to get an aggregate deductible. The variables and integration points were few. IT could handle the job as any other internal project.

Now every health insurer is being asked to become a “universal” data aggregator, able to handle any pharmacy/health data from many locations. Not every employer uses the same outside providers. Not every individual uses the same pharmacy. According to the National Association of Chain Drug Stores, 85 percent of individuals still use brick-and-mortar stores for prescriptions, so the issue isn’t as simple as health insurers building one data conduit with one mail order prescription provider. Multiply these data points by millions of users and thousands of employers and the complexity of a “true out-of-pocket maximum” becomes apparent: there is no easy way.

As proof, there doesn’t seem to be anyone who has yet cracked the code on a good solution. Most recognize that the best answer would be in the development of a universal clearinghouse, in similar fashion to the DTCC that handles mutual fund and financial transactions, or in an MIB model, where data enters and exits one central location. Instead, there are hundreds of organizations needing to build a solution from scratch, many of them looking toward the January 1 FINISH line while still standing at START.

The opportunity that pressure can bring.

There is pressure to comply that goes beyond governmental penalties. The insurers who create solutions quickly will be lauded for having dealt with the regulations efficiently. And they will save themselves and their client employers from the many customer service headaches that will be playing themselves out during late 2015, when non-complying companies will be fielding calls and complaints over OOPM tracking. It isn’t a stretch to say that companies that prove themselves in 2015 could grow their businesses in 2016, while companies that ignore the mandates could see potential fallout.

The short term versus the long term

At this point, the technology work that needs to go into gaining compliance needs to be viewed in two phases:

Most organizations will need to create point-to-point interfaces with some plan for dealing with purchases that happen outside of their own plans. Health insurers should quickly do an assessment of the most-used pharmacies among their client employers and consider how to best tap into that data, even if it means cooperating with other carriers in an employer’s plan offering.

It may be as simple as creating an internal clearinghouse, where employers, other carriers or pharmaceutical companies can simply “deposit” outside expenses to patient accounts. Alternatively, it could involve a reimbursement model similar to FSAs which allow for transaction recording and claims directly from patients themselves, so that no dollar is lost in the accounting.

These probably aren’t long-term solutions, but the immediate need is compliance and an ability to prove to employers that your organization is on top of the mandate. To meet the short-term data integration needs by the deadline while continuing year-end efforts, most organizations need to supplement internal IT resources with external contract services.

For the long term, the opportunities run much deeper and will ultimately improve service levels. The ideal would be a universal clearinghouse or wide network of point-to-point data with a comprehensive approach to tracing an insured’s progress toward his or her out-of-pocket maximum. A cooperative arrangement between all benefit providers would certainly be welcomed and may be the most customer-centric solution. It’s easy to envision a system that picks up nearly every transaction, and can use a smartphone app to take a picture of a receipt or use a website login for those odd transactions that will happen outside of the system.

Modern systems, with their inherent SOA architecture, and robust enterprise service bus tools are much better at handling the transactions types that will take place across the various data divides around the new ACA requirement. Now, more than ever, health insurers are finding that modular technology capabilities can assist in handling an industry in constant flux and under continued regulatory pressure.

Whatever approaches an organization decides on, the clock is ticking and there is no time to waste in getting compliant.