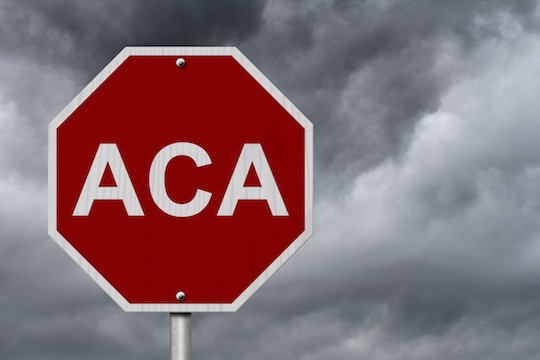 As of this writing, it looks as if President-elect Trump has already acted on Obamacare. He has announced Congressman (and physician) Tom Price as head of Health and Human Services (HHS) and, more importantly, Seema Verma as head of the Center for Medicare and Medicaid Services (CMS). These two agencies consume a larger share of the federal budget than does the Department of Defense. And because they do, it is very smart to bring in leadership that has a depth of experience and understanding of health care and health policy. Both of these individuals know how the HHS bureaucracy operates and how to reform the bureaucracy to make it about the delivery of health care—meaning physicians, patients, insurance companies, pharmaceuticals, and medical technology—and not meddle in areas that should not be in the government’s purview—such as birth control pills, death panels, or rationing health care based on a political agenda. As to how quickly things will move to amend, remove, disembowel, and otherwise kill the monster known as Obamacare, it will depend on gaining an understanding of “guidance” versus “regulations” that permeate Obamacare and HHS. Regulations carry the force of law, and can only be changed or removed by congress. Guidance, on the other hand, because it’s fundamentally different than regulation, can simply be removed or changed at the word of the Director of HHS. And this will happen in order to remove the sources of funding (fines, premiums, taxes, etc.).

The larger question that needs to be asked and considered in step with the demise of the ACA is “What are the goals and objectives of federal health policy?” I’ve not seen anyone articulate what exactly is the proper role of the federal government vis à vis health care. Is it to have “universal care,” much as Medicare is universal care for those over 65?  Or is it a more modest strategy, where individuals have a government sponsored plan for nominal medical expenses up to a threshold (say $5,000) that is handled in much the same way as a Flexible Savings Account—but this would also be a Health Savings Account as well?  Or, is it a return to the typical health plan coverage that was in existence prior to Obamacare, except that it has a stop loss for certain types of very expensive medical treatments? Fall out of a tree and that is in the “normal” plan. But for a diagnosis of MS, a brain tumor or some other disease that is costly to treat, after a point, the government provides “reinsurance,” if you will, for those extraordinary costs.

If Trump and his team, along with congressional leadership can deliver a good overview of what the health care system is for, and how it will provide the coverage that everyone needs, at a reasonable cost (there might be some government subsides, but not many) most fair-minded people will go along with it. Take the IRS out of the mix, use private health insurance companies, quit meddling in physicians’ training, or who gets into medical school, quit the social engineering. If you look at it, the health care system we had in the 1990’s wasn’t all that bad. HIPAA provided portability, it privatized medical records, it put your doctor in charge of determining the best course of care, and so on.

Based on the guidance issue, change could come very quickly. The republicans have legislation already drafted to put before congress. And with what Harry Reid did to put most of the ACA under “budget reconciliation,” there is no super majority required to pass. Recall that when the democrats had the majority, they got the ACA passed solely on democratic votes via a reconciliation measure. It might be arcane, but this is the system that we’ve used for a long, long time.

My past predictions, and a way forward

Well, I’m pretty pleased that I had the ACA pegged from the beginning as a potential disaster. I recall when they were getting it going, and they couldn’t build a website—I wrote then that if you can’t bring the right technology into this, then it won’t work, ever. And then when they had to go to the Supreme Court and got the court to go along with Obama, I was shocked—but not surprised, really, because the whole ACA was a government power play from the get-go.

I think the model health insurance should be following is the private exchanges, where dozens of health insurance companies are soliciting business (mostly group). I think the one ingredient that Trump can add is the fundamental belief in a free market and competition. Give health care a competitive marketplace and a lot of good will occur. Trump does want to bring back Glass-Steagall, which is aimed at the banking industry—but it also is aimed at the insurance companies. Get Glass back, and the insurance market will expand… which is a good thing.