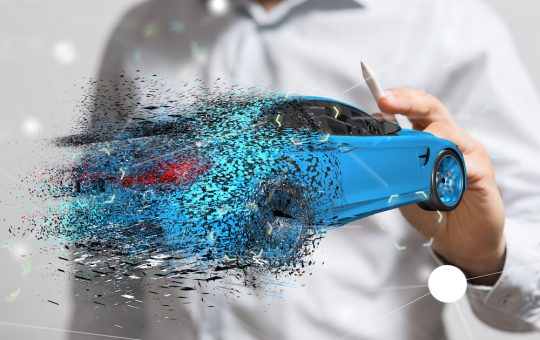 Insurers introducing telematics products need to adopt a platform-agnostic approach for collecting driver data because automakers are changing the rules on data access.

Different data sources are currently competing for dominance—from the hard-wired connected car, the onboard diagnostics (OBD) port, black boxes, plug-in 12V dongles, smart phone apps, and possibly other data sources as-yet unknown. Many insurers have questions about data currently originating from the vehicle OBD port, because automakers plan to close the OBD port for any uses while the vehicle is in motion.

It’s understandable. Automakers are adopting tighter controls because the OBD port was never intended to be used in a moving vehicle, but rather to give access to the engine and emission reduction systems and diagnostics data for mechanics and other third parties.

Data platforms designed in the pre-connected era are now being connected in multiple ways thanks to the Internet of Things. Today’s cars are a complex system-of-systems, which inevitably open them up to more vulnerabilities. Everything from Bluetooth, to Near-field Communication (NFC) devices, cellular connections and the USB and OBD ports serve as access points which are being pushed to new uses.

System-of-systems are harder to predict
Automakers believe product liability issues—as well as data protection issues—must be considered when giving external access to vehicle data. Vehicles do sometimes catch fire. They sometimes unexpectedly run in safe, or diagnostics, mode. High-volume data traffic can lead to interference with features such as air conditioning. Car thieves can theoretically plug a laptop into the OBD port and take full control, overriding any immobilizer devices.

In response, some automakers have begun to release vehicles with no OBD port, despite the fact that a vast service industry has been built up around it—such as fleet management, remote diagnostics, eco-driving, remote door locking and unlocking, keyless start, and, of course, telematics insurance. They believe a hard-wired system offers more proprietary data and functions than a system based on an OBD port.

Meanwhile, any insurer that has bet big on the OBD port being the preferred data platform should be wishing that they had hedged their bets. Insurers that launched with a go-at-it-alone approach to telematics insurance products are finding that the scale of the global challenges—working with different vehicle types and data sources—are challenging and require a global approach to agreements across platforms.

For example, an OEM recently indicated that more automakers would opt for systems that shut down the OBD transfer as soon as it detects the vehicle in motion. Independent repair shops would be able to keep access to diagnostics data wirelessly rather than plugging into the interface. We also expect automakers to adopt more of a licensing approach to giving access to the data, with consumer choice at the center, rather than giving free access.

Issues of safety, cyber security and the integrity of their warranties key concerns for automakers. They now must compete with newcomers like Apple, Google, Tesla or Amazon who are moving into the world of the connected vehicle.

Data reliability essential to telematics’ success
At the same time insurers and all parties with a stake in the connected car are looking towards a platform that is open, standardized, independent and able to provide an industry-wide, normalized data set. Think of it as an Extended Vehicle concept, where all involved can access the necessary cloud platform and APIs, while guaranteeing reliability, data quality, security and interoperability.

The changes will, of course, lead to a large number of vehicles with active OBD ports that are not going to be shut down mid-life. This leaves an overhang of increasingly older vehicles, and a decreasing number of them over time, that will continue to be used for telematics insurance purposes.

Partnerships will continue to deliver these devices to customers, with safeguards built in for maintaining security of the OBD port and OBD-derived data. But the future is likely to be about designing telematics programs that match the age of the vehicle, and that match the driver age group.

It is becoming more challenging to predict what is coming next in terms of vehicle hardware and vehicle-derived data for insurance. I believe the data should be just an asset that is delivered to the insurer, regardless of the source. The key takeaway for insurers is: Don’t build your insurance program based on just one technology. Instead, embrace openness and leverage open data exchanges to overcome these kinds of data matching and management issues.

Try Before You Buy: Proven Catalyst for Usage-based Insurance