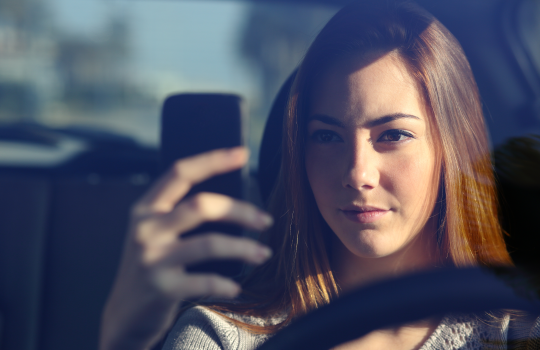 U.S. Consumers are more motivated by a smartphone app that scores their driving than they are by premium discounts when considering enrolling in a usage-based insurance (UBI) program, according to the 2015 LexisNexis Usage-Based Insurance Study. The study also found that UBI programs based on safety offer the potential to boost adoption, while also engaging consumers, mitigating risk and improving retention.

“Historically in the U.S., usage-based insurance has been defined as a program to reward good driving behavior with discounted insurance premiums, however, offering a premium discount is becoming less attractive to drivers and less sustainable to insurers,” comments David Lukens, director, Telematics, LexisNexis Risk Solutions. “Consumers are looking to measure themselves and connect with others across all aspects of their lives and driving is proving to be no different. The benefit to society is the idea that we can all improve our driving and be safer on the roadways.”

The 2015 study is the fourth annual iteration of the LexisNexis research, based on 2,042 interviews with a representative sample of consumers, and conducted by an independent research provider. Respondents were engaged in a questionnaire that was approximately 23 minutes long and were provided with definitions for basic UBI, as well as value-added services that could be included in a UBI program. LexisNexis commissioned a complementary survey on the safe driving concept based on 2,007 interviews and a 15-minute questionnaire involving relevant definitions.

Key findings from the study include the following, as reported by LexisNexis:

The 2015 study tested a UBI safe driving concept (alluded to in the methodology comment above) or a program, which consists of a smartphone app that measures driving behavior, scores driving, and then provides feedback so drivers can improve their score without any discount offered. Feedback on driving behavior includes speed, acceleration, and phone use. Estimated demand for the safe driving concept, at 22 percent, is seven percent higher than a UBI concept or program with a 10 percent premium discount.

LexisNexis also tested the concept of a leaderboard feature that allows users to see how their driving scores stack up against those of other app users, similar to friends and family exercise tracking devices. However, the interest in proving and improving one’s score appears to be driven simply by competing with oneself, rather than competing publicly with others via scoreboards and communities, which appealed to only a small segment of younger drivers.

This desire to challenge and compete against oneself also fuels long-term consumer engagement. With scores that are anything less than “above average,” consumers are likely to stay involved in the program and continue to improve driving scores and thereby the safety of their driving.

Even when high scores are achieved, consumers are likely to continue to monitor their driving scores. In fact, 77 percent of consumers said they would continue to use the app to get feedback even if given a below average telematics score, implying that the safe driving concept may have the potential to change driver behavior.

While offering a discount may not be sustainable, a discounted insurance deductible might be a powerful alternative motivator

Premium discount-based UBI doesn’t appear sustainable. In 2014, 18 percent of respondents expressed interest in participating in a UBI program with a 10 percent premium discount; in 2015, carriers would need to offer a 15 percent discount to achieve the same market coverage.

Over the last several years, some carriers have experimented with value-added services (VAS), such as emergency roadside assistance, automatic emergency crash response and stolen vehicle tracking and recovery, to drive UBI adoption rates.

The research shows that VAS or rewards for good driving behavior, such as free oil changes, loyalty points or miles, and free roadside assistance, offer a minimal increase in estimated demand, suggesting they may not be needed at this phase of the market’s evolution.

Awareness and enrollment of UBI has generally plateaued

While there was a jump in UBI awareness from 10 percent in 2010 to 36 percent in 2013, since then consumer awareness has roughly leveled to 39 percent in 2015. Along similar lines, enrollment in consumer UBI has held at five percent of households from 2014 to 2015. Knowing the benefits that telematics brings to underwriting, customer experience and driver safety, this suggests alternative approaches such as safe-driving programs or deductible discounts may be necessary.

For more of IIR’s Telematics and UBI coverage, click on the links below: