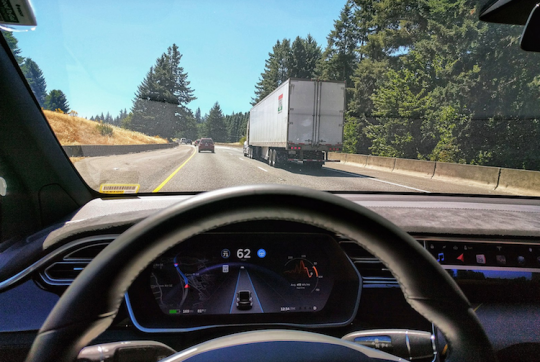 Anyone insuring automobiles is paying a lot of attention to the development of ADAS (Advanced Driver Assistance Systems) equipped vehicles and of fully autonomous vehicles.

Vehicles with using ACC and Active Lane Keeping are at Level 2 on the SAE International scale. This is a widely recognized framework demarcating degrees of autonomy — ranging from Level 0 (no automation) to Level 5 (fully autonomous).

Notice Level 2 is a long way from Level 5.

The results of these tests were reported in IIHS and HLDI publication, Status Report (August 7, 2018).

The results were not pretty.

It should be remembered that there is evidence that ADAS technologies do reduce accidents and insured losses—here and here.

However, the real world test results of Level 2 technology in these five highly regarded models were certainly disappointing. Level 2 autonomy requires the driver to remain engaged, and constantly monitor the environment. The key words are “remain engaged.” People, while driving, often do many things other than remaining engaged.

As mentioned, you cannot make a straight line projection of elapsed time from the current state of Level 2 ADAS technology to the arrival of ready-for-prime-time Level 5 fully autonomous technology.