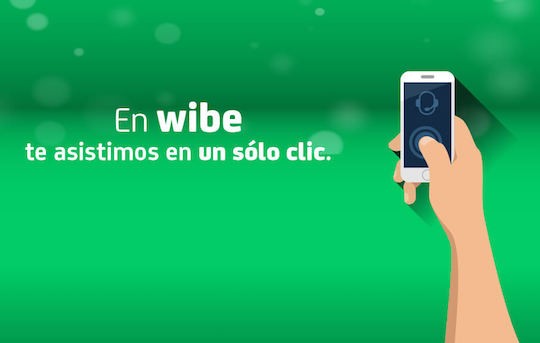 (“At Wibe, we assist you with just one click.” Source: Wibe.)

Mexico represents a potential auto insurance market of 30 million vehicles, but the country has a severe under-insurance problem—73 percent of those vehicles are uninsured. Traditional auto insurance policies offered through brokers, banks and some online comparison sites were failing to capture the market, signaling an opportunity for an innovative company who could deliver a compelling value proposition. That company is Wibe, a brand of BBVA Bancomer Seguros (Mexico City), and Darío Okrent, General Manager, has led efforts to implement this new digital auto insurance channel for the Mexican market. Wibe is a division of established market player BBVA Seguros and has taken its digital, direct-to-consumer new business proposition to a market dominated by traditional distribution channels. Since its launch in June 2015, Wibe has achieved 41 percent of total auto insurance sales for BBVA in Mexico through the new digital channel.

Other accomplishments include the following:

Wibe was recognized as the most disruptive company of 2015 in Information Technology magazine, and also won the prize for best online customer experience from El Instituto in 2015. The organization has been included on Neo Magazine’s the list of the 10 most innovative companies in Mexico, and has won the Silver Effie prize in the category financial product for its launch campaign and business results for 2015.

Building on its successes, Wibe is now launching insurance products for bikes and has been chosen as the insurance partner of bike sharing company eConduce.