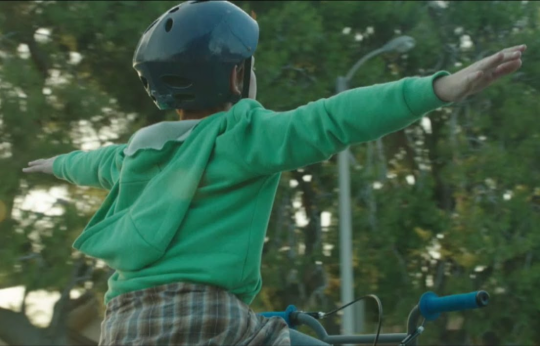 State Farm (Bloomington, Ill.) has embarked on a new marketing campaign exemplified by a commercial (link at bottom of page) that asks, “What if we woke up one day and everything just stopped going wrong?” We are inspired to ask: What could cause such an outcome? In a blog post today, Celent analyst Donald Light interprets the commercial as preparation for an accelerating decline in personal lines insurance premium driven by technology, including the Internet of Things (IoT), which he discusses in his recent study, The End of Auto Insurance—A Scenario or a Prediction.

The commercial begins with dramatized disaster scenarios that appear to miraculously resolve to into harmless situations: a windstorm wanes, pedestrians and cycling children weave uncannily through traffic without getting hurt, a fire self-extinguishes like the fading of a bad dream. “For 45 years, State Farm has pitched itself as the ‘good neighbor’ who stands by you when things go wrong,” comments a Chicago Tribune story. It continues:

“In a major rebranding, State Farm unveiled a new campaign that shifts focus from insurance against misfortune to the company’s more proactive services—everything from funding college to planning for retirement.”

The story emphasizes a change of emphasis from disaster to opportunity, and from insurance to financial products. A State Farm spokesperson quoted in the story underscores the point:

“We’ve always been there when things go wrong, but people don’t realize the many ways that we’ve been here to help life go right,” said Beth Ward, assistant vice president of marketing for Bloomington-based State Farm. “We’ve got banking products, life insurance products and other things that can also help enable those dreams.”

What could have motivated State Farm’s emphasis shift? Perhaps the company saw a need to boost awareness of its financial services. Perhaps it’s also a good way to appeal to insurance customers who believe, however irrationally, that accidents only happen to other people. Both of these could be true, but it seems important to note that the shift is not just from disaster to opportunity and insurance to financial products; it’s also from reactive to proactive.

From Reactive to Proactive

In this regard, State Farm’s messaging bears a subtext of the industry discussion about the direction of insurance under the influence of the Internet of Things. That discussion contains two major parts: First, that the insurance business will move from being less about indemnity and more about risk management and loss prevention—i.e., it will move from being reactive to proactive. Secondly, as technology increasingly mediates risks, claims will drop precipitately and premiums will follow.

Celent’s Light’s recent study looks at how three technologies—telematics, onboard collision avoidance systems, and driverless cars—will depress auto insurance losses and premiums over the next 15 years. His commentary has also discussed the broader impact of the IoT, for example in his March 2016 report, Can a Fixed Cost Property/Casualty Industry Survive the Internet of Things.

Noting that State Farm has not asked his advice, Light observes that, “it looks like State Farm has pondered potential declines in auto and homeowners insurance and decided to start some early positioning for itself and its agents if such things come to pass.”

In an exchange with Insurance Innovation Reporter, State Farm stressed its interest in promoting consumer awareness of its broader product set. The concept of a world where nothing goes wrong highlights that many people know State Farm as a car and home insurer, notes Brad Hilliard, a spokesman for the insurer.

“The ‘Good Neighbor’ company that is there to help them recover after a crash, house fire or natural disaster,” Hilliard says. “People do not always realize that State Farm is also here to help you live and plan for the life you envision. ‘Here to help life go right’ will spur people to think about State Farm for a wide variety of needs like: funding a college education or building a retirement nest egg.”

However, the impact of technology on risk is of great interest to the insurer, Hilliard suggests. “As part of being there for our customers to help life go right, we want to focus on all of our business lines in a way that serves their needs,” he says. “This includes keeping people safe on roads and in their homes. To do this, we research vehicle design and highway safety, as well as building safety including connected and automated mobility and smart home technology.”

When pressed specifically on State Farm’s position on the potential of technology to reduce insured losses, Hilliard responded, “State Farm supports technology that improves both home and highway safety. We actively research this technology for the benefit of our customers understanding that as some risks may be reduced or eliminated new risks are likely to emerge.”

Whether the “new risks” refer to things product liability replacing standard auto insurance for fully autonomous, Hilliard didn’t say—and we had no more time to inquire further. But State Farm’s commercial clearly places the company to operate in a world where fewer things go wrong as a result of technology, and as a provider of an expanded set of products and services.