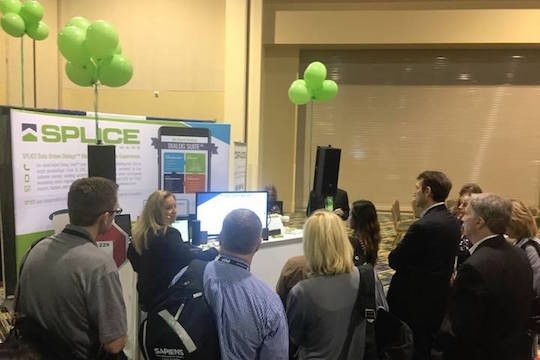 SPLICE Software, a Calgary, Alberta-based vendor specializing in the use of Big Data and artificial intelligence to drive customer engagement, has announced its release of new data-driven voice applications for Alexa Skills-enabled devices, such as Echo and Echo Dot. Built on existing APIs for simple deployment, these applications allow insurers to engage in automated communication with customers where they live.

SPLICE’s Alexa Skills is a feature of patented SPLICE Dialog Suite, which is designed to enable the creation of personalized, automated messages for customers, integrating data from multiple sources with scripted dialogues and customer analytics. Any existing data-driven dialogues currently used by insurance, retail or finance companies to deliver human voice communication via SPLICE are fully compatible with the new Alexa Skills and will soon be available on Google Home, expanding customer outreach to a new platform, according to the vendor. SPLICE places its new offering in the context of voice-activated, data-driven apps from third-party developers as a fast-growing feature set for popular artificial intelligence (AI) assistant devices, such as Echo. Amazon has sold millions of Echo and Echo Dot devices and reports that the AI assistants were bestsellers during the holidays, and there are now more than 10,000 Alexa Skills available. As popular as Echo and Echo Dot have proven, users can also use other connected devices that are Alexa-enabled. Samsung recently announced that two-way speakers in the company’s smart TVs are Alexa Skills-enabled, letting customer communicate with companies that use SPLICE Software’s data-driven Alexa Skills via compatible TVs.

SPLICE’s Alexa Skills can be added to the devices similarly to the way apps are downloaded to smartphones, the vendor reports. Using SPLICE’s Alexa Skills, customers are able to ask about deliveries, appointments, service completion times and make other queries, which gives insurers and companies a new way to communicate with customers in their homes, according to the vendor.

“People are embracing voice-activated AI assistants like Echo, and companies that want to be where their customers are will need to be able to communicate through these platforms,” comments Tara Kelly, President and CEO, SPLICE Software. “It seemed futuristic 10 years ago, but people are increasingly asking Alexa and Google questions out loud rather than typing queries into devices, and a presence on voice-activated, data-driven AI platforms will soon be as necessary for companies as a website was a generation ago.”