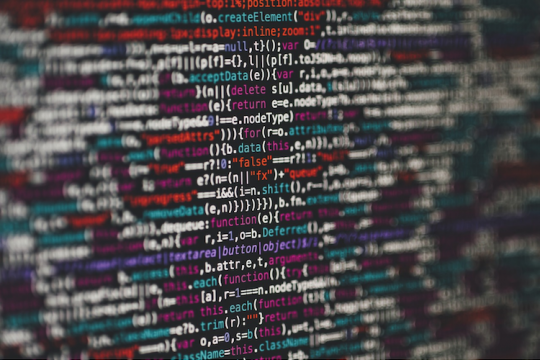 Today’s insurance customers want access to the best rates—and fast. Their reliance on digital-only transactions is growing as they become more and more accustomed to getting quotes, submitting or checking on claims, and more, all from a mobile device. These digital experiences are also starting to expand into the physical world, in the form of cars, homes and wrist bands.

For example, Progressive offers a device that plugs into vehicles to analyze driving habits; it’s marketed as a way to save money on insurance premiums. However, according to one Reddit thread, the device causes more headache than it’s worth. Claims of “incessant beeping” from the device causes users to manipulate their driving habits not to be safer, but to instead avoid the beeping. One user found themselves questioning whether or not to run yellow lights in order to avoid hard braking—one of the harbingers of the beeping. Other mentioned beeping as a result of sharp turns without coming to a full stop despite a lack of a stop sign, as well as swerving to avoid accidents. These challenges show that the software in question doesn’t work as advertised, and instead leads to users being more stressed out in an already stressful situation.

While insurance customers are attracted to the cheapest quote, they stick with the best service experience. In order to stay ahead of competitors, insurance companies must be able to continuously iterate their core insurance systems and customer-facing websites, mobile apps and IoT with as few bugs as possible. As such, software testing has become an increasingly important part to not just ensure product quality, but also to improve customer experience and brand reputation.

The Challenge of Software Testing

While software testing plays a crucial role, it’s very challenging to execute. Most QA teams are not given the time needed for testing, wide and deep. And when done manually, testing can become the bottleneck because it requires more time and effort to ensure the software code does everything it’s supposed to. In an ideal world, end users would be unaware of any bugs in the code because testers would catch them before they affected customers.

With automated testing, companies can test their core systems and customer-facing applications much faster than they’d be able to with manual testing, leading to significant time savings, and increased customer experience and growth. Yet, according to Capgemini’s World Quality Report 10th Edition, many companies in the insurance industry are still struggling to increase their levels of test automation. One of the key challenges is dealing with application changes as, “64% of Financial Services sector respondents said they had difficulties in automating as their applications changed too much with every release.”

Though insurance companies are bogged down by legacy technologies and strict regulations, they don’t have to continue lagging behind. To begin introducing test automation into their software development, they should consider these tips:

Introduce automated testing into their digital strategy as early as possible. A common misconception of test automation is that companies can just begin automating their manual tests at any time, but this is not the case because:

Focus on the method first, then the tool. A solid test automation method can help avoid a majority of the problems that are encountered during implementation: reliability, reusability and maintainability. For example, methods such as action-based testing can help avoid bad test design practices that make your tests fragile and shallow. The chosen method should also align with your business objectives, such as ensuring a high-quality user experience by simulating exactly what the real users do.

Choose a test tool that supports the chosen method. Additionally, it’s imperative that subject domain expert testers and business analysts have the tools they need to create, update and execute automated tests. This is especially important in insurance automation testing because domain experts know what to test for from functional and regulation perspectives. With the proper tools, businesses can leverage both technical and non-technical testers to even increase test automation coverage over time, while working in a fast-paced environment such as Agile development.

For modern insurance companies, test automation is key to ensuring smooth customer experiences and keeping loyal customers. Saddled with siloed lines of business, legacy technologies, and long-established processes and culture, insurance organizations are faced with enough challenges as it is. Testing should never be a bottleneck that holds them back.