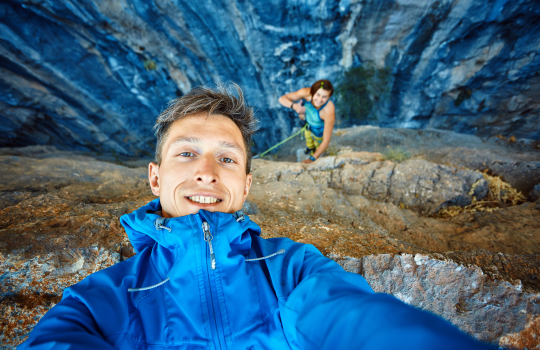 Today millions of people routinely document their lives through sites such as Facebook, LinkedIn and Twitter. On the theory that this vast and growing body of data can yield reliable insights into individual risk, Social Intelligence, a Santa Barbara, Calif.-based start-up that provides a variety of social media analysis tools to various industries, has launched Social Media Risk Scoring for P&C insurers. The tool—which is designed to be used on an opt-in basis, like telematics—opens a new frontier in risk evaluation. And, like any pioneering departure, it raises practical and regulatory questions that will need to be settled.

Social Media Risk Scoring provides carriers with real-time predictive risk scores based on the online presence of policyholders who allow their insurer to analyze that presence, according to the vendor. As with telematics, the product is designed for insurers to use information to offer discounts and to fast-track claims processing to qualifying customers. Social Intelligence offers both an underwriting and a claims product, both of which automate the analysis of social media data. Used in concert with existing risk-scoring methods, the new tool can help to create a more comprehensive customer profile, according to Max Drucker, CEO, Social Intelligence. Whereas traditional data sources, such as credit scores, can provide an accurate snapshot of an individual’s financial history, Drucker says, a customer’s online presence can provide a deeper, more nuanced portrait of behavior.

“For example, our historical data shows us that a person with more than 200 LinkedIn connections, an email address active for more than five years and a private Facebook profile is statistically a better risk than someone who doesn’t meet those criteria,” Drucker comments. “These types of insights offer a more layered approach to individual risk analysis.”

Online presence can also be the basis of statistically meaningful insights about individuals who can’t be effectively evaluated by traditional methods, Drucker insists. “According to Experian, there are 64 million ‘unscoreable’ consumers out there,” he says. “That includes recent college grads, retirees and immigrants who have little or no credit history.”

About a third of those “unscoreables” are very low-risk individuals, but without the insights that online presence enables, insurers are not able to price their policies appropriately, Drucker suggests.

Industry researcher Celent (Boston) anticipated the emergence of social media risk analysis in its 2011 report, Using Social Data in Claims and Underwriting. “This is an example of social data being used as an additional data source in core insurance processes and indicates a maturing of the technology,” says Michael Fitzgerald, Celent senior analyst and report co-author, in reaction to Social Intelligence’s announcement. “Insurers who learn how to best employ social data will price and select more accurately.” The opportunity to explore the predictive quality of social media data has only just begun with the introduction of new vendor offerings, cautions Craig Beattie, Celent senior analyst who co-authored the report with Fitzgerald. “Such an innovation is only made possible by partners such as Social Intelligence entering the market with these sorts of tools,” he comments. “There are challenges ahead—not least with regulators—but these can only be addressed here are solutions and approaches available.”

“Celent welcomes the move to a more proactive insurance industry that is listening and responding to its clients who want to engage in this way by using these tools,” Beattie adds.

While Social Intelligence’s tool is meant to be used on an opt-in basis, there is a question as to whether consumers understand what information is being used, and how, according to Harris-Ferrante. “Right now in the U.S. we do not have a strong regulatory environment for consumer protection against the use of this type of information in insurance, but it is likely that will change,” she comments.

Social Intelligence’s Drucker emphasizes an analogy to telematics in that participating customers may not only be sufficiently aware of what they’re sharing but are likely to be more conscious of risky behavior—and thus be more vigilant in avoiding it. “Logic would suggest that applicants who are comfortable opting-in to our risk scoring analysis would have nothing to hide—similar to how users of telematics consider themselves safe drivers,” he says. “Only the accumulation of time and data will reveal to what extent participation in such programs actually reduces risk.”

The use of social media for risk scoring fits in with a broader trend of insurers finding new ways of underwriting that require less information gathered in the application process, suggests Rob McIsaac, senior VP of research, Novarica (Boston). However, every alternative data source must be proven against adverse risk selection, and it’s unlikely that insurers will abandon traditional approaches any time soon, he says.

(Related: The Principal Speeds Life Insurance Underwriting to Within 48 Hours Without Labs)

“It’s early in the evolution of this data source to claim reliability,” McIsaac opines. “For one thing, results from this data source are likely to vary significantly by demographic cohort, and carriers will need to understand the implications of as they associate it with more traditional underwriting sources such as credit reports and MVRs.” Insurers will also need to demonstrate the efficacy of social media data to regulators for its use in the product and pricing approval processes, McIsaac says. “Gaining approval will likely require demonstration of the predictive capabilities and accuracy of the information,” he elaborates. “The likely starting point would be in lines of business where there is a quick line of sight between the underwriting process and claim experience. In the longer term, once the predictive capabilities of the data are really understood, it is likely that it could be used to complement the underwriting process for lines of business with longer ‘tails’.”

Results from social media will certainly vary according to which customer either do or do not consent to share their information. Within the subset of consumers who do, the data can be especially valuable for evaluating individuals who don’t otherwise have a paper trail, Drucker suggests.

“One of the biggest trends confronting the financial services industry today is the steady movement away from traditional banking and payment models taking root among younger generations,” Drucker observes. “With consumers able to bypass the traditional financial infrastructure with payment apps such as Venmo, Apple Pay and even peer-to-peer payments through Facebook, the need to forge new risk-evaluation methods beyond the traditional credit score is front-and-center for insurance carriers.”

Regarding regulatory issues, Drucker says that Social Intelligence has continually refined the algorithms of its product in consultation with the Federal Trade Commission since it began developing its first product—a social media background check and monitoring solution for employers, which launched in 2010. “We will continue to work proactively with regulators and our customers to ensure that our analytics and processes are held to the highest possible standard,” he comments.