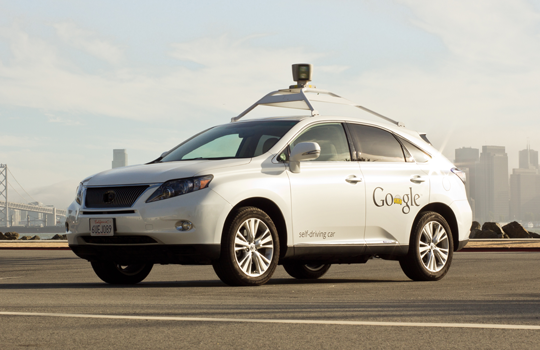 It’s easy to dismiss the latest warnings about the effects of advancing technology on the insurance industry as alarmism. Thus senior insurance executives may be inclined to treat SMA’s latest research brief, “Google and Insurance: Far Reaching Implications,” as another example of an industry analyst crying wolf. But author Denise Garth makes arguments that are not easily dismissed. Garth’s broader point is that Google has driven a strategy focused on three areas: data and technology; location; and people. Combined, the company’s acquisitions and technology advances imply very real consequences for the insurance industry. Among the Google acquisitions Garth cites are BeatThatQuote.com, a U.K.-based auto insurance aggregator, and Nest Labs, a company that sells “smart” thermostats and smoke alarms. [See IIR’s commentary on the acquisition:  Insurance and the Internet of Things: Google’s Nest Lab Acquisition.] She also notes Google’s pioneering work on driverless cars and its creation of the Open Automotive Alliance, formed to promote standardization of the Android platform for in-car entertainment systems and apps. Garth also reports that Google is developing smart contact lenses that can monitor the glucose levels in diabetics’ tears, and that VSP, the leading optical insurer in the U.S. has struck a deal with Google to offer subsidized frames and lenses for Google Glasses – a wearable computer that offers many of the benefits of hand-held devices.

Senior insurance executives certainly take these things seriously and are likely to find many of the “implications” the SMA brief notes interesting, if a bit breathless in their treatment. Their skepticism is more likely to be aimed at the urgency of Garth’s message. She writes:

As Google continues to drive innovation and the integration of their technologies into our everyday lives, the level of customer intimacy and loyalty due to an integrated, seamless user experience will increase. And the vast amount of data made available about individuals and their cars, homes and bodies is breath-taking, and it will be transformative!

“Yes, yes, yes,” a prudent insurance executive might respond, “but when? We can’t be throwing our resources willy-nilly at the latest futuristic projection.”

Garth acknowledges that “finding the time and the resources to dive into the details of where technology is headed is often difficult.” But she persuasively details changes that the industry will almost certainly see in the areas of data, technology and business model, which could actually transform the industry. For example, she assets that rapid proliferation of new data types and sources could redefine the primary role of insurance:

The pervasive ness of technology will engender new data types and categories never before available. This will enable the possibility for customer centricity and specificity in areas ranging from product offerings to underwriting to risk management services. The potential to change the focus and role of insurance from risk management to risk prevention has huge operational implications.

As our reporting on Google/Nest Labs and AT&T Digital Life shows, we quite agree [Check out: Why AT&T’s Digital Life Ad Should Terrify Insurers]. The more important issue for the skeptics, however, is about the pace of change. Garth argues that the habitual look-and-see attitude of insurance senior management is not going to cut it this time. She writes that the speed of adoption of many of the technologies she discusses has proceeded faster than anticipated. Thus, to apply past experience about the pace of change is to court the possibility of failing to respond adequately until it’s too late.

Garth’s insistence on the acceleration of change is well founded. She notes that only a year ago, many observers regarded the notion of driverless cars as neither realistic nor relevant for 8 to 10 years. That view, she insists, has been shattered by traditional automobile manufacturers’ introduction of driverless prototypes at this January’s North American Car Show.

She makes a great point, but the signs of accelerating technological change are all around, including in our own industry. Customer-centricity was much touted at the beginning of the 2000s, and insurers worked to improve customer experience, though at a plodding pace. Early in the decade similar progress was being made in the adoption of services-oriented architecture and packaged rules-based core systems. Over a period of years, these advances came to predominate. Then came the consumerization of anywhere, anytime technology, which accelerated the pace of change in consumer behavior by orders of magnitude. Insurers who moved at a prudent pace when competing with other insurers’ advances, now had to rapidly adjust to standards set by cross-industry players, such as Fed-Ex and Amazon.

Insurance executives wondering just how rapidly adoption of new applications can proceed ought to contemplate Facebook’s adoption curve, which rocketed from its first 100 million in Aug. 2008 to 1 billion in Oct. 2012. Insurers might also follow the trajectory of smart phone use, both to see how rapidly a luxury went from being a necessity, but also to show how much of a game-changer customer experience can be: In 2009 BlackBerry/Research in Motion owned half the market; today it has only 3 percent.