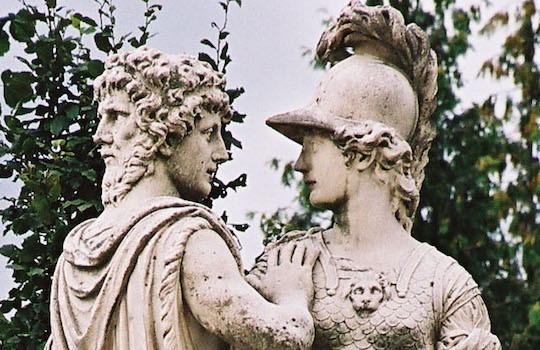 2016 was a year plagued with higher loss trends driven by weather and surging miles driven. While those trends are ones we’d all like to leave in 2016, there are six trends from 2016 that will only continue to drive innovation and progress in the insurance industry in 2017:

Shopping for car insurance isn’t exactly a new trend, but it’s a trend quickly gaining momentum. In tandem with the rise in premiums, auto insurance shopping also rose from 16.9 percent to 17.3 percent over just a year. Shoppers in 2016 made 51 percent of their purchases online, which is a continued trend of growth, up from 48 percent in 2015 and 47 percent in 2014, according to comScore Inc.

What we can expect in 2017: The shopping trend will continue, if not get more dramatic. The volatility in pricing will drive even more customers into the shopping market.

If you want to reach audiences where they are, then you must be able to reach them on mobile. Insurance companies that do not feature a mobile responsive website stand to be left behind as their competitors don’t just meet potential customers mobile, but also bind new customers and service current customers. UX designers must now design based primarily with mobile on their minds, and not desktop.

What we can expect in 2017: We’ve already reached the tipping point where mobile is more important than desktop. 2017 will just widen that gap, and put companies further behind if they are not thinking smartly—on their smartphones.

Building off of the significant rise in mobile and smartphone usage, companies spent 2016 wondering how to better utilize artificial intelligence. The biggest trend in artificial intelligence within the insurance industry is automation. Companies are finding ways to reduce man hours in claims filings and underwriting, while improving accuracy and speed. For example, it is now possible to speed up the quote process by allowing customers to upload their license plate photo and receive policy quotes and recommendations back via text message.

What we can expect in 2017: Automation will continue, striking a balance between ease and reducing risk. However, we will see the most daring companies finding ways to integrate artificial intelligence in even more dramatic ways. Imagine, as a customer, being able to speak to a Siri-like voice to get quotes.

Telematics breaks the barrier between the true driving experience and the insurance company. We can now know how a driver truly operates their vehicle, bypassing correlative rating variables for actual true causal performance. We can now rate people in a more customized fashion.

In 2016, we saw this specificity grow, with the continued evolution of programs like Progressive’s Snapshot and with the break-out of usage-based companies like Metromile. Now, companies are going beyond just making rate changes based on aggregated data, and instead charging people for just the miles they drive and for their individual performance.

What we can expect in 2017: As telematics programs improve and validate their development, more companies will experiment with how they can harness this wealth of data.

Agents have proven that they are still relevant in this changing ecosphere, but as consumers move online, agents and agent companies need to adapt to that reality. Gone are the days where carriers can identify themselves with a single channel.

Consumers are also looking for insurance products that are direct. Younger demographics of buyers do not always see the value of human involvement in the insurance buying process.

What we can expect in 2017: Insurance companies will need to innovate, or risk fading out. Continued dependence on a mono-channel approach may lead to the demise of companies, which leads into the final trend.

Back in the heyday of insurance distribution change, direct insurers were created with unique brands. As these brands were consolidated under bigger parent brands, the challenge of supporting multiple brands in a market with nearly $7 billion in spend became insurmountable. To be heard required a big spend, and companies determined that splitting their spend across multiple brands may not be the best use of limited resources. For example, both Farmers and Nationwide have announced they are pulling sub-brands under their overall parent brand.

Building a brand is expensive, and pumping marketing dollars into different brands based on channel is not effective, especially as consumers don’t identify their company based on channel anymore.

What we can expect in 2017: Brands will be merging back together to get the value they have built into their strongest brand names.