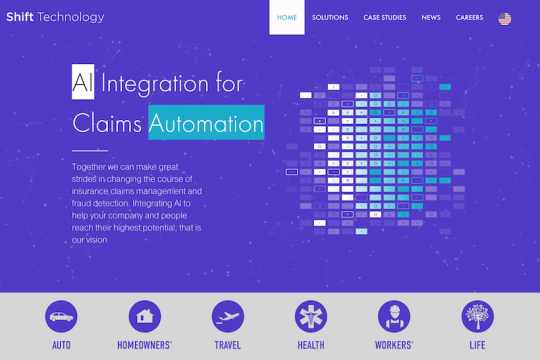 Shift Technology, a Paris-based a provider of claims fraud detection and other claims related applications has announced its expansion to the U.S. insurance market. The vendor has established a U.S. headquarters in Boston and expanded its team in the country to support demand for its FORCE fraud detection solution. Shift’s co-founder and CEO Jeremy Jawish working from the Boston office to help drive the U.S. expansion while continuing to oversee the global operation. Shift reports that its U.S. sales effort will be spearheaded by Bradley Stoub, U.S. head of sales.  Also joining Shift and based in the U.S. is Dan Donovan, a veteran insurance claims and technology executive who will be serving as global head of product marketing. Stoub and Donovan are tasked with recruiting world-class talent to build the U.S. team that will serve the rapidly growing Shift client base in the region, with the initial focus on expanding the company’s existing U.S.-based data science team.

“We have been gaining a lot of traction in the global market and are seeing a drastic increase in the interest in our fraud detection and AI capabilities from U.S.-based insurers and organizations,” comments Jawish. “We already have new U.S. clients in production or in the build phase. Given the size of the fraud challenge in the U.S., expanding our presence, building a strong regionally based team, and focusing a significant amount of our effort in this critical region was the logical next step in our growth as a company.”

“I am extremely pleased to introduce our U.S.-based executives Dan and Brad and have tremendous confidence in their abilities to help us build a great U.S. team,” Jawish adds.

Shift accompanied news of its U.S. expansion with an announcement that the firm has also become a member of the Coalition Against Insurance Fraud, a national alliance of government agencies, consumers, insurers and other businesses working to combat all forms of insurance fraud.

Shift reports that its FORCE solution has been in client production since 2014, on four continents. The vendor claims that it has the industry’s largest fraud detection data science team. Shift says its value proposition is enhanced by the fact that that FORCE is designed to be easily integrated with the majority of claims management systems, enabling insurers to derive even greater value from their existing claims technology investments. Prior to joining Shift, Stoub served in the position of VP, sales and marketing at Insuresoft (Tuscaloosa, Ala.).  He was most recently head of sales for Hearsay Systems (San Francisco), a leading venture capital backed SaaS cloud provider for insurance and financial services teams.  In addition to his professional career, he earned a B.B.A. in Finance from Loyola University of Chicago and an M.B.A. from the University of Notre Dame. In his new position with Shift, Stoub will report directly to Virginie Haas, Shift’s chief revenue officer.

Donovan’s responsibilities include providing client support and developing the positioning, messaging, and go to market strategies for the company’s solutions. He will report directly to Jawish. With two decades of insurance industry experience leading fraud investigation and claims operations for Liberty Mutual (Boston), and six years working in the insurance technology sector, Donovan has become a respected expert in the field of insurance fraud and claims analytics, according to Shift.  Prior to joining Shift, Donovan was most recently assistant VP at Verisk – Insurance Solutions (Jersey City, N.J.).

To date, Shift has raised over $40 million in capital investment and was named by CB Insights as one of the Global AI Top 100 in both 2017 and 2018. The company was also recently awarded the first-place prize in the recent Worldwide Innovation Challenge.