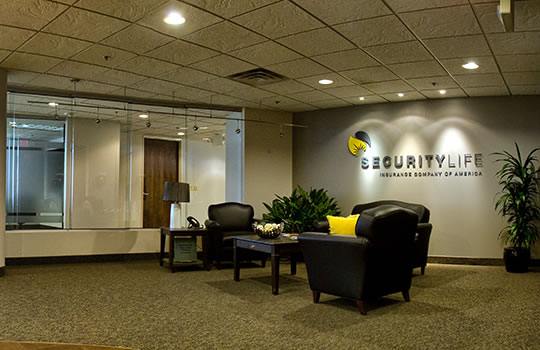 If you were to ask the senior management of Security Life what they really stand for, it would be their culture, asserts Tom Bauer, executive VP and COO, and the company’s chief IT strategist. “It’s performance-based, it demands a high level of accountability and measurement, it’s one where there is high energy and where we work hard and have fun while we do it,” he says. But the reason that matters is the results it gets, Bauer insists. Those results include: 2013 new sales on track to double those of 2012; inforce retention rates improved from 5% to 10% across all lines of business over the last year; loss ratio improvement of 3% to 4% over the last two years; and an improvement in administration costs from 15% to 10%.

Prior to Bauer’s joining the Minnetonka, Minn.-based company (about $110 million in annual premium) in 2011, along with president and CEO Mark Zesbaugh, and Dan Bauer (no relation), executive VP and chief financial officer, Security Life was struggling to find its way. Founded in 1956, the company had been active in a variety of life and health lines, but in 2001, it exited other lines of business to focus exclusively on dental and vision insurance, according to Bauer. “At that point, all the administration was outsourced and the company became, in effect, a 50-state product factory for dental and vision,” he notes.

In 2005, when Security Life’s primary TPA was threatening to go out of business, the insurer insourced its technology capabilities by acquiring the Schenectady, N.Y.-based operation. Two venture capital firms bought out Security Life’s owners in 2007 and then acquired Eastern Life and Health (ELH, Lancaster, Pa.).

The ELH acquisition was a milestone event because it expanded Security Life’s product range into multiline small group business, including disability and group term life. It also brought new, Lancaster-based operations, claims, call center, underwriting and IT staff supporting the acquired business. However, integration of these assets with the existing company proved difficult, and Security Life suffered from both operational inefficiency, loss of key clients and lagging sales by the time the new management team, led by Zesbaugh, was brought on in 2011.

“We were presented with a company that had a cost structure that was too high relative to the sales we were generating,” Bauer recalls. “We had an insufficient sales presence, redundant legacy systems and phone systems that couldn’t connect to each other.”

Under Zesbaugh’s leadership, Security Life began to dramatically increase sales resources and related capabilities, including implementing Ebix’s Smart Office CRM platform, according to Bauer. “We made substantial improvements to our sales process, including creating an array of marketing materials and webinars to more effectively convey our product offerings and overall corporate positioning,” he elaborates. “This has led to major new expanded and potential distribution relationships – within a year we had signed 51 new general agency [GA] relationships.”

Improvements to Security Life’s back office capabilities since 2011 include implementation of a StoneRiver’s general ledger system Paycor’s HR and payroll system, as well as Adaptive Planning’s budget planning and analysis software. “We also consolidated our treasury operations to a single institution, U.S. Bank, which improved controls and reduced bank fees by 50%,” Bauer reports.

Bauer’s core challenge was to consolidate the policy administration operations in the existing New York and Pennsylvania campuses. “Our first step was to consolidate our operations into a single location,” explains Bauer. “We ramped up the Lancaster office to be our operations center, still utilizing the two technology platforms, but we set up a single call center, and a single application processing center for the business.”

As part of a broader strategy, the insurer consolidated its claim operation onto Ebix’s Luminix system.  Security Life has chosen Ebix Enterprise as its target processing environment, according to Bauer. “What we’ve bought into is a complete, end-to-end environment available via the cloud,” he explains. “We are in a transaction-based fee model.”

By choosing cloud delivery of core systems functionality, Security Life has redefined the composition of its IT organization, Bauer notes.   To drive this transition, Bauer recruited Brian Tracy, whom he describes as a senior technology executive with deep experience in driving technology and culture change.  Tracy comments, “Our strategy is to leverage strategic partnerships and manage to world-class service levels.  We will invest and build our internal resources around our competitive advantage opportunities such as integration and Digital presence. “Security Life’s next step was to implement aggressive operational score cards to measure performance against the insurer’s service promise. “Agents were anecdotally giving very positive feedback, but we didn’t have data to support that,” Bauer says. “So we implemented industry-leading service standards to be able to not only promise but demonstrate that agents were getting the best service possible.”

The insurer also took several measures to strengthen compliance expertise and related processes, according to Bauer. “I hired a new chief compliance officer with solid insurance experience,” he notes. “We also increased staff and enhanced our product filing, legislative monitoring and also the agent appointment process. We use Vertafore’s Producer Lifecycle Management that allows us to onboard agents through online self-service and do background checks automatically.”

Security Life has also since consolidated its telephony systems onto a VoIP-based Cisco platform. “Wwe had three disconnected phone systems,” Bauer remarks. “If someone in Minnetonka received a call from a policyholder, they had to direct the caller to hang up and dial a different call center in a different campus. Warm transfers were not possible.” Security Life also leverages Cisco’s WebEX technology for online presentation and collaboration both internally and externally. This enables the connected culture that Security Life’s management is dedicated to driving, according to Bauer.

Building a new company culture has allowed us to retain people with tremendous experience and the ability to attract new associates from industry leading organizations,” Bauer relates. “Everyone is excited to be part of this success story.”

Security Life is still in the early chapters of its turnaround, but its management has now put in place the team, systems and strategy that will take the company to the next level, Bauer asserts. In addition to maintaining a focus on accountability and measurement, Security Life will be able to take advantage of the agility that its size and technology decisions have enabled, according to Bauer. “We can make technology decisions in days and weeks, not months and years and move from planning to execution faster than our competitors. “

Bauer prefers to characterize Security Life’s senior management as entrepreneurial rather than simply as a turnaround team. “We are planning to drive aggressive growth – from hundreds of millions to billions,” Bauer states. “We’re confident our management philosophy and our aggressive technology strategy will support this.”